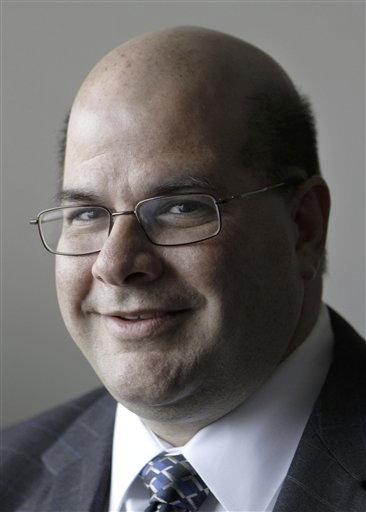 At least three more anti-U.S. protesters were killed Thursday in clashes with police, officials said, as rage over the reported abuse of Islam's holy book at the U.S. jail in Guantanamo Bay spread across the country.

Police opened fire on hundreds of demonstrators in Khogyani, a town in eastern Nangarhar province, to prevent them from staging a demonstration, local police chief Maj. Gul Wali said.

Wali said three protesters died and one was wounded.

Mashal said a third protester died in a separate clash with police in Wardak province, south of the capital, Kabul.

Earlier, protesters also attacked a government outpost and the offices of two international relief organizations to the south of Kabul, injuring one aid worker and leaving a trail of destruction, an aid worker and an official said.

The unrest came a day after riots in an eastern city left four people dead in the worst anti-American protests in Afghanistan since the fall of the Taliban in 2001. On Thursday, protests spread to the capital and into Pakistan as Afghan students burned an American flag and shouted slogans against the U.S. military.

While most of the protesters appeared to be students, officials have suggested that elements opposed to the country's U.S.-backed re-emergence were stirring the violence, which has also targeted the United Nations and American troops.

"It's the symbols of this change in Afghanistan" that have been singled out," said Paul Barker, director of CARE International, one of the largest international relief groups in Afghanistan. "There are probably people around the country inciting this."

Barker said a group of high school students assailed the CARE office in Mohammed Agha district of Logar province on Thursday morning, beating one staff member and destroying equipment. The office of another foreign relief group next door was set on fire.

Logar Gov. Amanullah Hamimi said protesters also broke the windows of the local government office and that unidentified men had destroyed a nearby mobile phone mast with rockets during the night.

In Kabul, more than 200 young men marched from a dormitory block near the university chanting "Death to America!" and carrying banners including one stating: "Those who insult the Quran should be brought to justice."

At the entrance to the university, a man with a clipped beard and spectacles read a resolution calling on President Bush to apologize and opposing long-term U.S. military bases in Afghanistan.

About two dozen students clambered onto the roof of a nearby building and burned an American flag to applause and cries of "God is great!" from the crowd below. Dozens of police looked on.

Ahmad Shah, a political sciences undergraduate, said the students had decided to protest after hearing of the deaths on Wednesday.

"America is our enemy and we don't want them in Afghanistan," Shah said. "When they insult our holy book they have insulted us."

Police said 150 students staged a similar brief demonstration at another high school in the city but reported no violence.

More than 200 supporters of a radical Islamic group rallied in northwestern Pakistan over the same issue Thursday, some chanting "Death to America!" Many who rallied in the town of Peshawar were students from an Islamic school and supporters of the Jamiat Ulema-e-Islam party. They demanded that the United States offer an apology.

"This insulting of the Quran is a shameful act. It has torn to bits America's claims of being an enlightened country," said Abdul Jalil Jan, a leader of the rally.

On Wednesday, police and government troops opened fire in the eastern city of Jalalabad after a protest by more than 1,000 people turned into a riot. Four people were reported killed and 71 wounded, including six police officers. Government buildings and the offices of several relief organizations were looted and burned. The city was quiet on Thursday.

Peaceful demonstrations have been reported in at least four other Afghan provinces.

The source of anger was a brief report in the May 9 edition of Newsweek magazine that interrogators at Guantanamo Bay, Cuba, placed Qurans on toilets in order to rattle suspects, and in at least one case "flushed a holy book down the toilet."

Hardline Islamic parties in neighboring Pakistan have called for protests on Friday. The Pakistani government said over the weekend it was "deeply dismayed" over the report, which Pentagon and White House officials said would be investigated.

Many of the 520 inmates in Guantanamo are Pakistanis and Afghans captured after the Sept. 11 attacks.