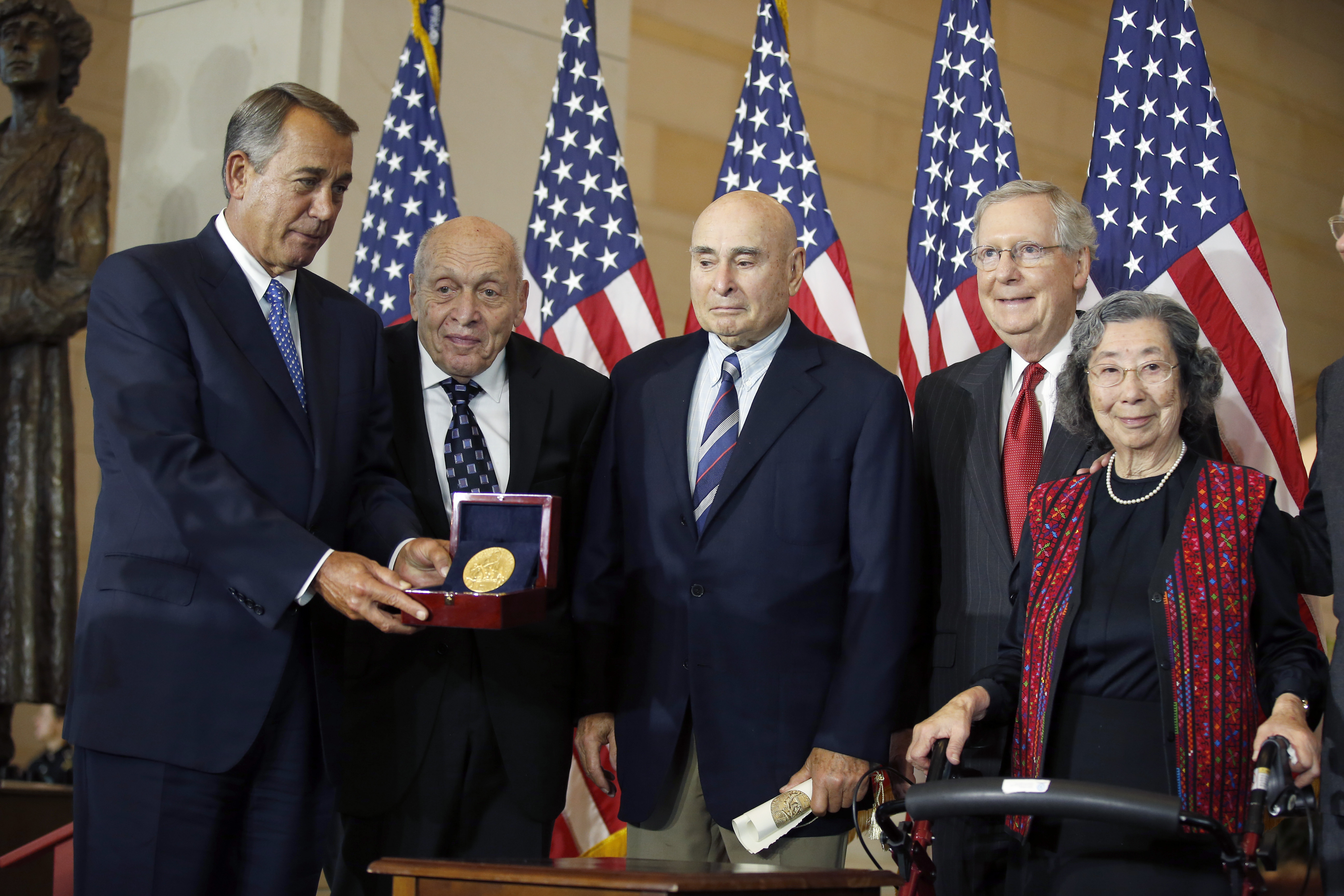 Harry Ettlinger was one of those honored as one of the art experts turned military officers who rescued treasures looted by the Nazis, nicknamed the Monuments Men.

The 89-year-old discovered a Rembrandt self-portrait that had been stashed away in a German salt mine.

"I was in charge of what was going on down there. I said let's open the box," said Ettlinger.

Before the war, the masterpiece had hung in a museum in Ettlinger's hometown. But because he was Jewish, he was never allowed to visit it. He and his family fled Nazi Germany for the United States.

Now, thanks to Ettlinger, the painting is back in its hometown.

The 2014 film "The Monuments Men" brought new attention to the real Monuments Men. It was based on a book by Robert Edsell.

"The story from my point of view was: who were these men and women?" said Edsell.

One of those women is Motoko Huthwaite. She worked for Lieutenant Commander George Stout, played in the movie by George Clooney.

Huthwaite was a typist. Until last month, she didn't realize the field reports she worked on related to the famous group.

"I was absolutely flabbergasted," said Huthwaite.

The foundation set up to honor the Monuments Men has run out of money, so Thursday's ceremony was bittersweet.

"It's the realization of a dream I held so closely. We struggled to get to this moment," said Edsell.

Preservers of the past, awarded a monumental honor.