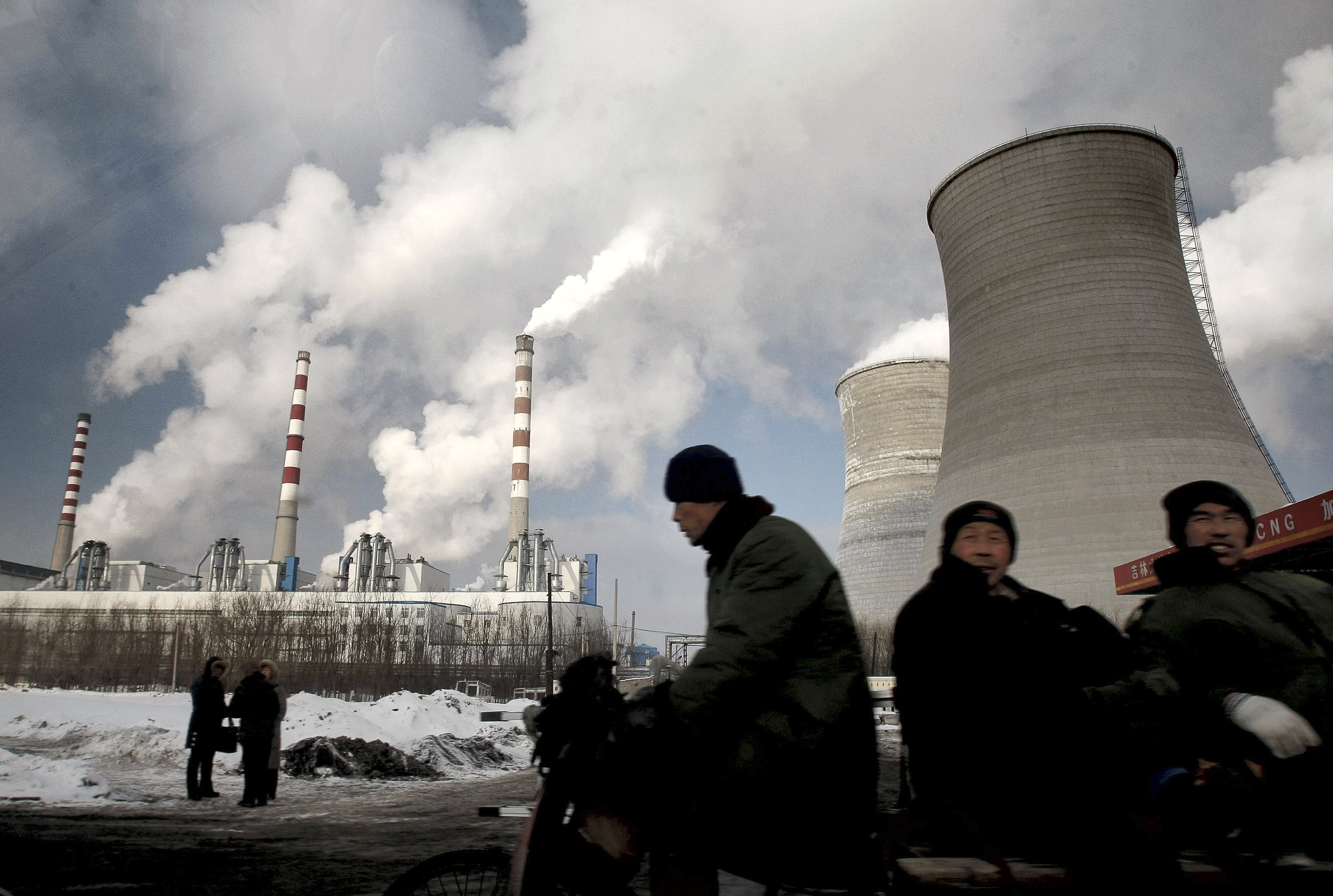 WASHINGTON - The global output of heat-trapping carbon dioxide jumped by the biggest amount on record, the U.S. Department of Energy calculated, a sign of how feeble the world's efforts are at slowing man-made global warming.

The new figures for 2010 mean that levels of greenhouse gases are higher than the worst case scenario outlined by climate experts just four years ago.

"The more we talk about the need to control emissions, the more they are growing," said John Reilly, co-director of MIT's Joint Program on the Science and Policy of Global Change.

The world pumped about 564 million more tons of carbon into the air in 2010 than it did in 2009. That's an increase of 6 percent. That amount of extra pollution eclipses the individual emissions of all but three countries - China, the United States and India, the world's top producers of greenhouse gases.

It is a "monster" increase that is unheard of, said Gregg Marland, a professor of geology at Appalachian State University, who has helped calculate Department of Energy figures in the past.

Extra pollution in China and the U.S. account for more than half the increase in emissions last year, Marland said.

"It's a big jump," said Tom Boden, director of the Energy Department's Carbon Dioxide Information Analysis Center at Oak Ridge National Lab. "From an emissions standpoint, the global financial crisis seems to be over."

Boden said that in 2010 people were traveling, and manufacturing was back up worldwide, spurring the use of fossil fuels, the chief contributor of man-made climate change.

India and China are huge users of coal. Burning coal is the biggest carbon source worldwide and emissions from that jumped nearly 8 percent in 2010.

The world is slowly using more coal and less natural gas when it should be doing just the opposite because of climate change, Marland said.

In 2007 when the Intergovernmental Panel on Climate Change issued its last large report on global warming, it used different scenarios for carbon dioxide pollution and said the rate of warming would be based on the rate of pollution. Boden said the latest figures put global emissions higher than the worst case projections from the climate panel. Those forecast global temperatures rising between 4 and 11 degrees Fahrenheit by the end of the century with the best estimate at 7.5 degrees.

"Really dismaying," said Granger Morgan, head of the engineering and public policy department at Carnegie Mellon University. "We are building up a horrible legacy for our children and grandchildren."