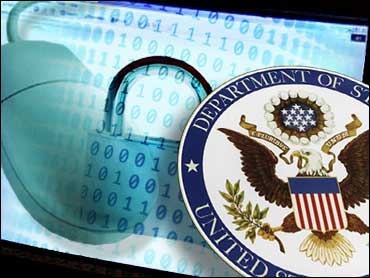 The number of reported Internet scams dropped slightly from previous years, but the total lost jumped by $40 million, according to the report released Thursday by the FBI and the National White Collar Crime Center.

The report, based on data from the Internet Crime Complaint Center, shows that more men than women were scammed over the Internet. The average loss for men was $765; for women, $552.

The report also shows the amounts lost increased with age. Victims in their 20s lost $385 on average while people over 60 reported lost an average $760 per scam.

The jump in money lost online might be due to new scheming techniques and generally more expensive electronic items being purchased online, said John Hambrick, a spokesman for the Internet Crime Complaint Center.

"Contrary to what a lot of people think, you're more likely to be tricked into giving up your money than hacked," says CBS News technology analyst Larry Magid. "While there are ways for crooks to break into your computer, the more likely scenario is for them to trick people into giving up passwords, donating to fake charities or buying products that are worthless or will never be delivered. Basically it's old fashioned low-tech crime being applied to a high-tech environment."

The most common crime reported was auction fraud, in which consumers did not get the right merchandise they paid for.

A consumer might "pay $25 for a DVD that somebody actually recorded in the back of a movie theater," said FBI spokeswoman Cathy Milhoan.

The second most common crime was through non-delivery of a purchased good, followed by confidence fraud, in which scammers ask consumers to rely on them, resulting in a financial lost.

Many cases of crime involve scammers asking for charity relating to natural disasters or crises. Milhoan said scammers tried to profit from the Interstate 35 bridge collapse in Minnesota last year, in which 13 people were killed.

"The scammer tries to prey on victims who are kind of in tune with what's going on in the world," she said. "The scam changes, but ultimately they're preying on the good will of people."