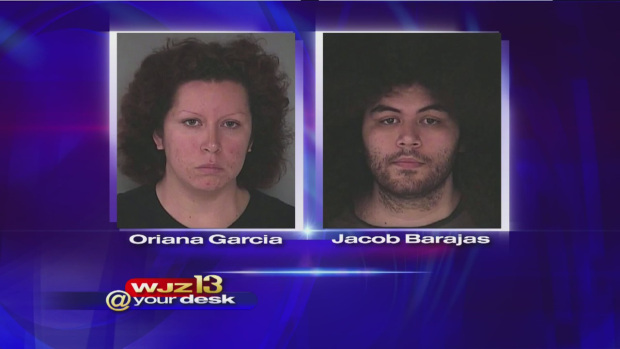 HAGERSTOWN, Md. -- The mother and uncle of a 9-year-old boy who was allegedly handcuffed and beaten to death for eating a piece of birthday cake have been arrested, reports CBS Baltimore.

Garcia and Barajas were taken into custody Monday; police said they were planning to return to the West Coast.

Garcia was charged with second degree murder and child abuse. Her charges stem from her alleged refusal to let emergency medical technicians treat her son on June 30. Police said she also abused Jack Garcia in the past.

Police said Barajas handcuffed the boy, before Oriana Garcia's 30-year-old boyfriend Robert Wilson beat the child to death. Wilson was arrested and charged on June 30 with first-degree assault and child abuse, but authorities have indicated that other charges are pending.

Barajas was also charged with second degree murder and child abuse. Police said Barajas handcuffed Jack before the assault. He also allegedly abused Jack in the past.