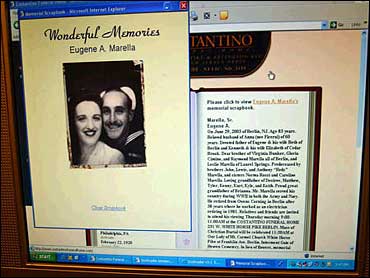 When Joe and Jessie McGee's 7-year-old son died of complications from a heart attack this year, they received e-mails recalling his cheerfulness and courage in the face of lifelong medical problems.

The messages came from a preschool teacher, a neighbor and even an adult brother, all of them participating in the latest in funeral trends: virtual sympathy notes.

The owner of Constantino Funeral Home, Vic Constantino, created a Web site a few years ago to post obituaries. Before long, he added photo galleries and guestbooks, where mourners can send e-mails offering condolences.

Thousands of funeral homes now offer similar services. While a few offered them as early as five years ago, the practice has taken off in the past year as more homes gain a presence on the Web.

"You realize this little boy touched people from Little Rock, Arkansas, to Dallas to Frankfurt, Germany," said Joe McGee, 50, of Gibbsboro, N.J., whose three older sons, current or former servicemen, have been stationed around the world.

An obituary for the McGees' child, Jack, that included some of the tributes was posted on Constantino's Web site.

Some in the business are not happy with the trend. They consider it too informal or impersonal when more intimate contact is possible.

David Walkinshaw, who owns Saville & Grannan Funeral & Cremation Service in Arlington, Mass., worries that some people may be e-mailing condolences in lieu of coming to services.

"Funerals are such a personal thing and really require person-to-person contact," he said.

Judith Martin, who writes the syndicated Miss Manners column, is one opinion-maker who has condemned e-mailed condolences as tacky.

Distant friends write when they can't make a service, but many e-mails come from local friends or even close family members. Some even post messages for their own spouse — offering a public tribute.

"I've read a couple where they used to be war buddies, they would tell a couple of stories of being in combat, or just little things they went through in their later days," said Curtis Beane, 26, an apprentice at his family's Wilkinson-Beane Funeral Home in Laconia, N.H.

Funeral homes collect the electronic messages and print them out on nice stationary. Some also do as Costantino and post e-mails online.

Costantino, whose funeral home is in Berlin, N.J., spends a few hours on each online memorial, which includes the e-mail service, and about $60 a month to maintain his server. He said he doesn't charge extra for the service.

Other directors use firms such as FuneralNet.com, a Web-hosting company based in Portland, Ore., that maintains sites for about 600 funeral home clients, at least half with active e-mail links.

Funerals themselves are becoming more individualized, with multimedia displays, personalized music and, in some cases, a computer in the visiting area for writing e-mail condolences.

"That's driving everything they do, from that to the very personalized funerals you see now that are driven by baby boomers in particular," Spano said. 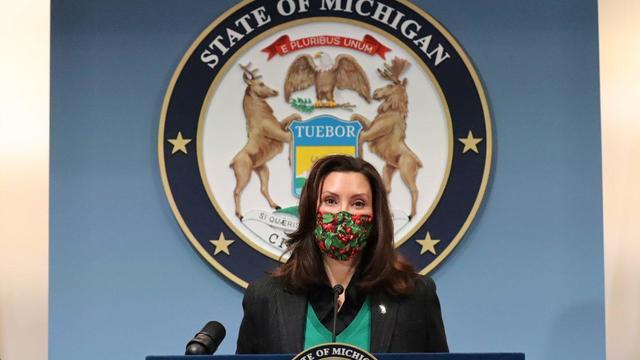