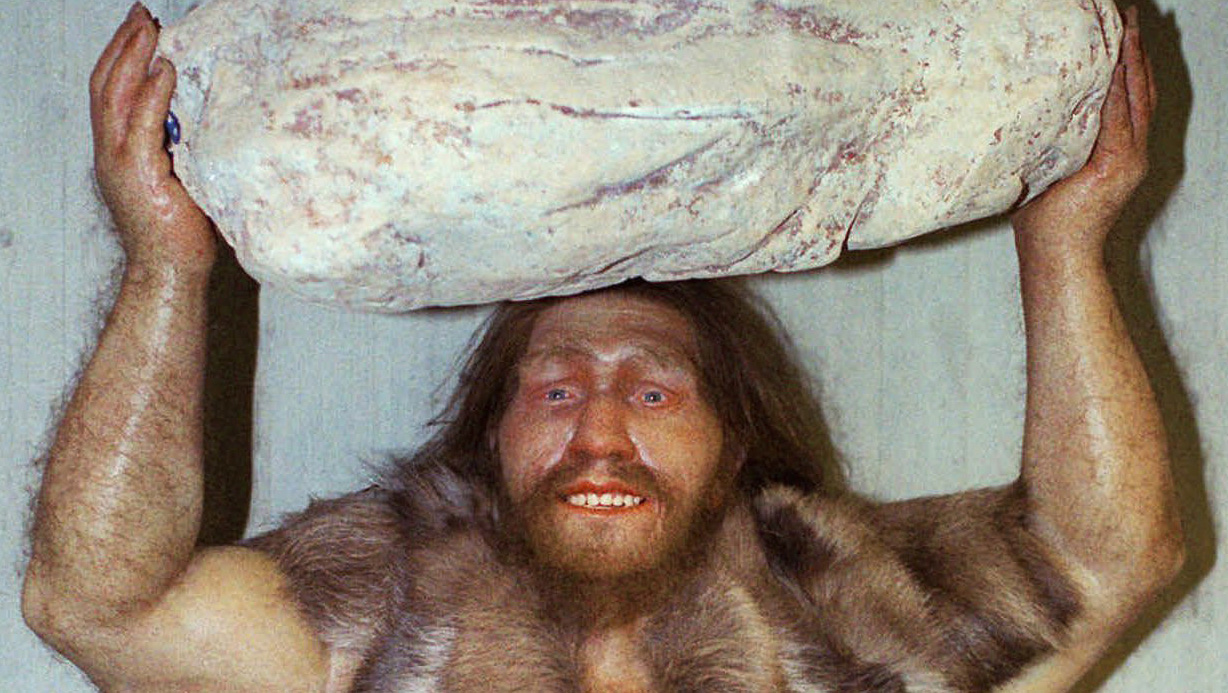 WASHINGTON - Next time you call someone a Neanderthal, better look in a mirror. Many of the genes that help determine most people's skin and hair are more Neanderthal than not, according to two new studies that look at the DNA fossils hidden in the modern human genome.

About 50,000 years ago, modern-day humans migrated out of Africa north to Europe and East Asia and met up with furrow-browed Neanderthals that had been in the colder climates for more than 100,000 years. Some of the two species mated. And then the Neanderthals died off as a species - except for what's left inside of us.

However, in some places, such as the DNA related to the skin, the genetic instructions are as much as 70 percent Neanderthal and in other places there's virtually nothing from the species that's often portrayed as brutish cavemen.

The difference between where Neanderthal DNA is plentiful and where it's absent may help scientists understand what in our genome "makes humans human," said University of Washington genome scientist Joshua Akey, lead author of the paper in Science.

Harvard researcher Sriram Sankararaman, the lead author of the Nature study, said the place where Neanderthal DNA seemed to have the most influence in the modern human genome has to do with skin and hair. Akey said those instructions are as much as 70 percent Neanderthal.

"We're more Neanderthal than not in those genes," Akey said.

However, Sankararaman cautions that scientists don't yet know just what the Neanderthal DNA dictates in our skin and hair.

Sarah Tishkoff, a professor of genetics and biology at the University of Pennsylvania who was not part of either study, theorized that the Neanderthal DNA probably helped the darker humans out of Africa cope with the cooler less bright north. Living in the cooler Europe means less ultraviolet light and less vitamin D from the sun. Darker skin blocks more of those needed rays, so lighter skin is more advantageous in the north and it seems that humans adopted that Neanderthal adaptation, she said.

Another area where we have more Neanderthal DNA is parts of genetic codes that have to do with certain immune system functions, Sankararaman said. Again, scientists can't say more than that these Neanderthal genes seem connected to certain diseases, such as type 2 diabetes and Crohn's disease and lupus, but they are there.

Tiskhoff and Akey said one of the most interesting parts in comparing human and Neanderthal genomes is where we don't see any caveman influence. That, Tiskhoff said, is "what makes us uniquely human" and those regions of genetic code "you just can't mess with."

One of those areas has been heavily connected to genes that determine speech and communication and there's nothing Neanderthal there, Akey said. This fits with theories that lack of communication skills hurt Neanderthal and speech ability was a distinctly human advantage, he said.

And the study in Nature found something that may help explain why the brutish and virile cavemen haven't influenced humans much: They may have made babies, but the male hybrids of Neanderthals and humans weren't very fertile. Scientists figured that out because the genes associated with the testicles in humans and the X chromosome were unusually empty of Neanderthal influence.

While Neanderthal males themselves were likely good at breeding, their half-human sons weren't and "they must have been disappointed in their sons," said Nature co-author Svante Paabo of the Max Planck Institute in Germany.

The Nature paper found that people of more East Asian descent had slightly more Neanderthal than Europeans, indicating that there may have been a second wave of interbreeding in Asia, researchers said.

All these people still can trace far more of their genetic roots to early humans in Africa than they can to Neanderthals in ancient Europe.

Three outside scientists praised the two studies, which used different techniques to reach similar conclusions. And those conclusions were so close to each other and standard evolution theory that it all fits together in a scary way for scientists used to findings that surprise, said New York University anthropology professor Todd Disotell.

Disotell recently had his genome tested by a private company and found he's got more Neanderthal DNA than most people, about 2.9 percent: "I'm quite proud of that."

​Bill Nye the Science Guy: Here to change the world
Thanks for reading CBS NEWS.
Create your free account or log in
for more features.
View CBS News In
CBS News App Open
Chrome Safari Continue
Be the first to know
Get browser notifications for breaking news, live events, and exclusive reporting.