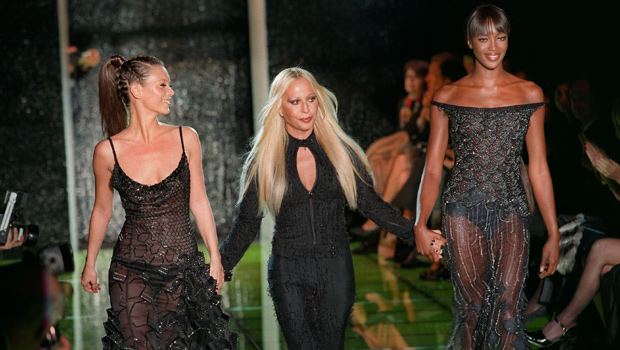 (CBS News) Vogue's  commitment, announced Thursday, to stop using models under the age of 16 in its magazines could mean big changes in  an industry where starting young is equated with getting ahead.

Models whose faces  are  as familiar  to us as our friends - Kate Moss, Gisele Bundchen, Tyra Banks, among them - all started their careers while they were younger than 16.

The British-born Moss was discovered at the age of 14, though she didn't appear in a magazine until  16. The  epitome of the stick-thin beauty that came to be called 'heroin chic," Moss went on to appear on the cover of British Vogue a total of 30 times.

Bundchen, the Brazilian beauty who has graced multiple magazine covers, started her modeling career at age 13, when she was discovered in a mall in Brazil. She walked in her first New York Fashion Week at age 16.

The now 38-year-old Banks started her modeling career when she was 15 and was signed by Elite Model Management at age 16.

Supermodel Heidi Klum was an exception, getting her career started at age 19 after entering a modeling contest.

Milla Jovovich, who was born in the former Soviet Union, started going on modeling auditions at age 9, and Naomi Campbell kicked off her career at the even younger age of 7, though it didn't take off until she was 16.

Nineteen-year-old model Karlie Kloss, who is currently taking the industry by storm, walked in more than  31 shows in her first Fashion Week season.  She started modeling at age 13. Kloss has been on the cover of Vogue in more than  four different countries.

"Most editions of Vogue regularly hire models who are minors, so for Vogue to commit to no longer using models under the age of 16 marks an evolution in the industry," said American model Sara Ziff, who was discovered at 14, and has become an advocate for cover girls through The Model Alliance.

She told Britain's Daily Mail that underage modeling is linked to financial exploitation, eating disorders and interrupted schooling, among other things.

In addition to Vogue, The Council of Fashion Designers America (CFDA) has also taken on the cause. Last season, it released guidelines to designers and modeling agencies asking them not to use models under 16 on their runways.