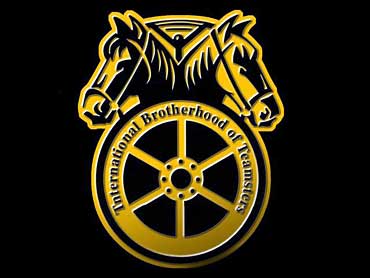 The image of the Teamsters union has become a caricature of mob influence, corruption, violence and intimidation. Some of that was earned, although that perception is no longer true, says a new union-commissioned report released Thursday.

The report, "The Teamsters: Perception and Reality," coincides with a campaign being waged by Teamsters President James P. Hoffa to persuade the Bush administration to end 13 years of oversight by the government, intended to rid the 1.4 million-member union of organized crime. The study was conducted by former prosecutors and FBI agents.

"Contrary to public perceptions, only a minority of Teamster locals have ever been linked to racketeering, and even in places where organized crime influence was strongest most Teamsters were victims, not collaborators," the study says, arguing that the union, with continued vigilance, is no longer vulnerable.

Spokesmen for the U.S. Attorney's Office for the Southern District of New York, which oversees the union's supervision, did not return a message Wednesday seeking comment on the report.

Teamsters for a Democratic Union, which has been critical of Hoffa, questioned the report's validity.

"If you give someone millions of dollars to write flattering things about you, they frequently do," spokesman Ken Paff said.

The study was led by Edwin H. Stier and his law firm Stier, Anderson and Malone. Stier is a former federal prosecutor and later headed New Jersey's Division of Criminal Justice. His firm is paid by the Teamsters for its assistance in developing, implementing and enhancing the union's 1999 internal anti-racketeering program.

The law firm is being paid between $2 million and $3 million for the 639-page report, based on early estimates, said Teamsters spokesman Bret Caldwell.

Oversight of the union was part of a 1989 settlement with the government, which sued a year earlier alleging that organized crime - specifically the Commission of La Cosa Nostra - had corrupted the Teamsters.

The report argues that court-appointed monitors have expelled virtually all Teamsters who had mob ties, and that reforms now mandate election of union officers by overall members, not hand-picked delegates.

The report also claims that a weakened Cosa Nostra crime syndicate and the decline of other crime families will help the Teamsters avoid mob infiltration.

The report explores the union's historical ties with organized crime, including those of Hoffa's father, Jimmy Hoffa, who disappeared 27 years ago on his way to a meeting with a New Jersey Teamsters boss and a Detroit Mafia captain.

The union was attractive to the Mafia for its pension funds, and because of the industries and markets it covered - such as trucking, ports and garment factories - were already dominated by crime, the study says.

"Under the right combination of economic, political, cultural and historical circumstances, a relatively small group of racketeers can infiltrate and exploit a large institution overwhelmingly comprised of decent, ordinary people," it says.