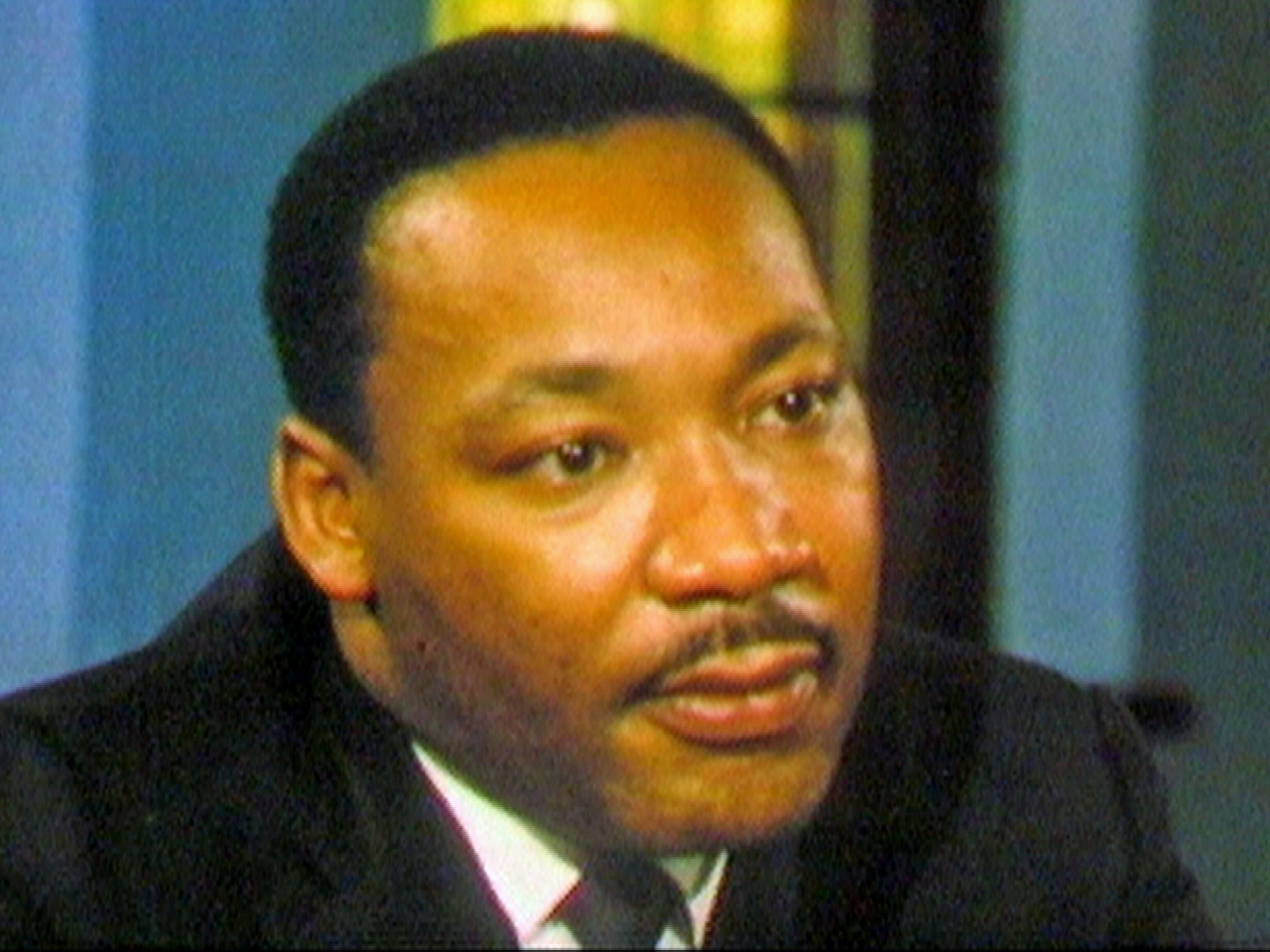 This weekend commemorates the 50th anniversary not just of one of the greatest speeches in American history -- Rev. Martin Luther King Jr.'s "I Have a Dream" -- but also an important turning point in the civil rights movement, when a quarter of a million people marched on Washington, D.C., to demand equality for African Americans.

In one of the most stirring refrains of his speech, Dr. King told the crowd assembled before the Lincoln Memorial on Aug. 28, 1963, about his dream:

I have a dream that my four little children will one day live in a nation where they will not be judged by the color of their skin, but by the content of their character.

The path to this dream, Dr. King said, must be through non-violence:

Again and again we must rise to the majestic heights -- of meeting physical force with soul force.

Three years later in 1966, in an interview with Mike Wallace, Dr. King continued to stress the path of non-violence, despite a summer of violence. Race riots were taking place across the country, and rifts in the civil rights movement were widening. Militant leaders - like Stokely Carmichael and his call for "black power" -- demanded that the movement part from Dr. King's gospel.

Despite such pressure, Dr. King would not budge. He told Mike:

I contend that the cry of "black power" is, at bottom, a reaction to the reluctance of white power to make the kind of changes necessary to make justice a reality for the Negro. I think that we've got to see that a riot is the language of the unheard.

Dr. King fought on, non-violently, for two more years. He was assassinated on April 4, 1968, the day after he gave his moving "Mountaintop" speech in which he told a crowd in Memphis that he'd seen the "Promised Land" of a just country, but tragically predicted:

I may not get there with you, but I want you to know tonight that we, as a people, will get to the Promised Land.

REV. MARTIN LUTHER KING, JR. (speech): Now what I'm saying is this: I would like for all of us to believe in non-violence, but I'm here to say tonight that if every Negro in the United States turns against non-violence, I'm going to stand up as a lone voice and say, "This is the wrong way!"

KING (interview): I will never change in my basic idea that non-violence is the most potent weapon available to the Negro in his struggle for freedom and justice. I think for the Negro to turn to violence would be both impractical and immoral.

KING: There's no doubt about that. I will agree that there is a group in the Negro community advocating violence now. I happen to feel that this group represents a numerical minority. Surveys have revealed this. The vast majority of Negroes still feel that the best way to deal with the dilemma that we face in this country is through non-violent resistance, and I don't think this vocal group will be able to make a real dent in the Negro community in terms of swaying 22 million Negroes to this particular point of view. And I contend that the cry of "black power" is, at bottom, a reaction to the reluctance of white power to make the kind of changes necessary to make justice a reality for the Negro. I think that we've got to see that a riot is the language of the unheard. And, what is it that America has failed to hear? It has failed to hear that the economic plight of the Negro poor has worsened over the last few years.

WALLACE: How many summers like this do you imagine that we can expect?

KING: Well, I would say this: we don't have long. The mood of the Negro community now is one of urgency, one of saying that we aren't going to wait. That we've got to have our freedom. We've waited too long. So that I would say that every summer we're going to have this kind of vigorous protest. My hope is that it will be non-violent. I would hope that we can avoid riots because riots are self-defeating and socially destructive. I would hope that we can avoid riots, but that we would be as militant and as determined next summer and through the winter as we have been this summer. And I think the answer about how long it will take will depend on the federal government, on the city halls of our various cities, and on White America to a large extent. This is where we are at this point, and I think White America will determine how long it will be and which way we go in the future.

WALLACE: Even Sen. Jacob Javits asked the question recently. He said that he was a slum resident, but he and some of his fellow Jews were able to make it out of the ghetto on the lower East Side of New York. The same thing is true with lots of Irish, Italians, and he asked the question why the Negro finds it so difficult to make his own way up out of the ghetto? You did.

KING: Number one, no other racial group has been a slave on American soil. It's nice to say other people were down and they got up. They were not slaves on American soil. The other thing is that the Negro has had high visibility, and because of the prejudices existing in this country his color has been against him. It's been against him and they've used this to keep him from moving up. In the final analysis, when you say to a man that you are in this position because of your race or because of your color, you say to that man that he can never get out of it. Other racial groups have been able maybe to change their accent or to change their names, but the Negro can't.