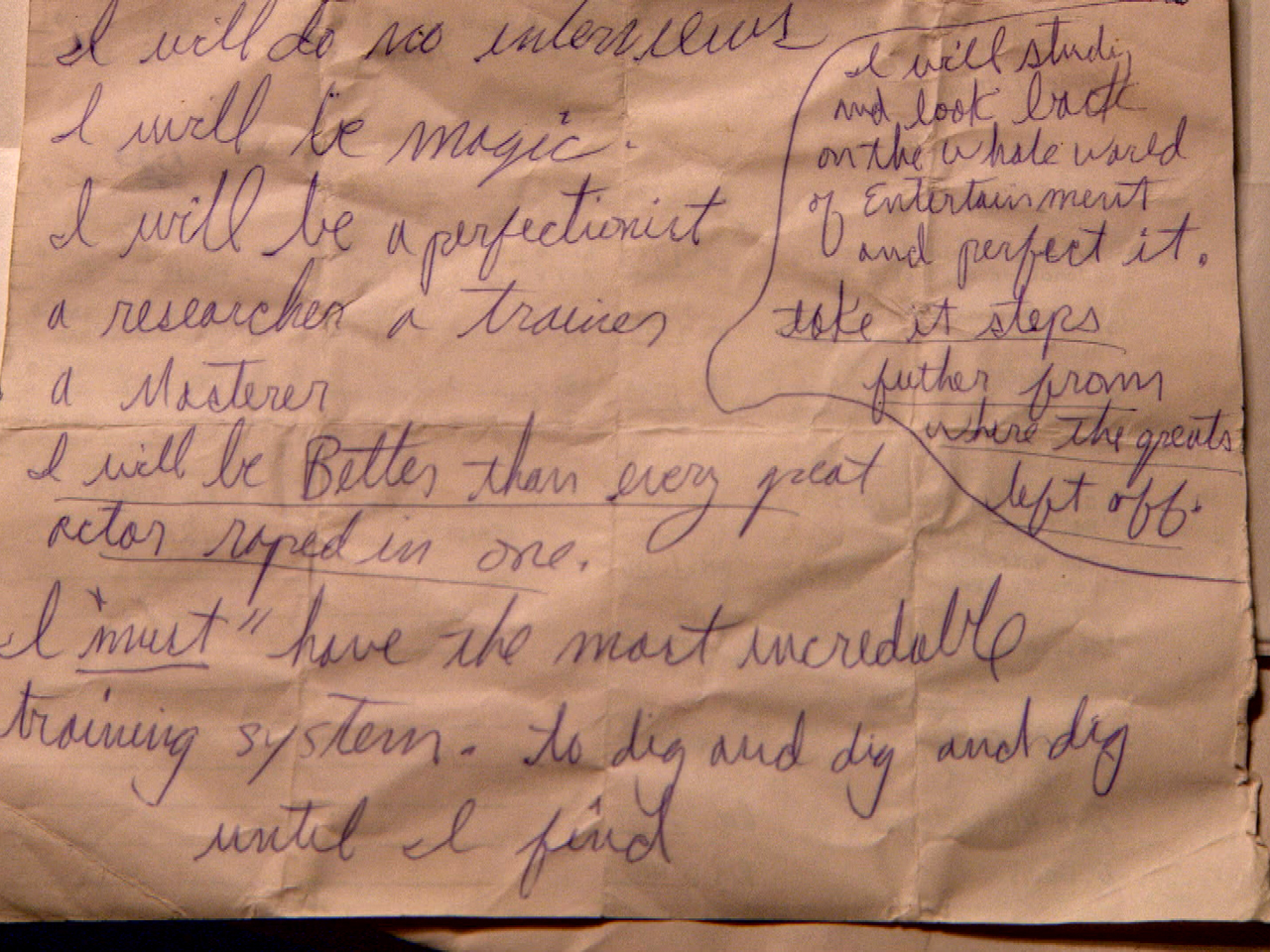 When 60 Minutes' Lara Logan and producer John Hamlin toured a secret warehouse where Michael Jackson's personal effects are stored, they found a surreal collection of statues, arcade games, and crystal-encrusted clothing-- but the most fascinating item they found was a simple handwritten note.

"At the age of 21, he wrote a manifesto," explains Hamlin, "scribbled to himself on the back of a tour itinerary in 1979 that described his mission statement for what he wanted to become." The document is folded and worn, and it appears to be hand-written by Jackson in ballpoint pen during a moment of inspiration.

"MJ will be my new name. No more Michael Jackson. I want a whole new character, a whole new look. I should be a tottally [sic] different person. People should never think of me as the kid who sang "ABC," [or] "I Want You Back." I should be a new, incredible actor/singer/dancer that will shock the world. I will do no interviews. I will be magic. I will be a perfectionist, a researcher, a trainer, a masterer [sic]. I will be better than every great actor roped into one."

Logan, who reported on Michael Jackson's estate for 60 Minutes this week, said the letter was the most personal find in the vast warehouse of belongings she toured with archivist Karen Langford.

In the note, Jackson also expressed a desire to improve himself by studying the work of great entertainers. In the margin of the document he added this promise: "I will study and look back on the whole world of entertainment and perfect it, take it steps further from where the greats left off."

Hamlin, a music industry producer as well as a 60 Minutes producer, says about the letter: "It's not unusual for young artists, musicians, actors, to daydream about how big a star they wanna become, but for someone to write it down at age 21 and actually execute it almost to the T is remarkable. He set his goals, and he did exactly what he said on the back of that piece of paper."

The art and ethics of a surprise interview