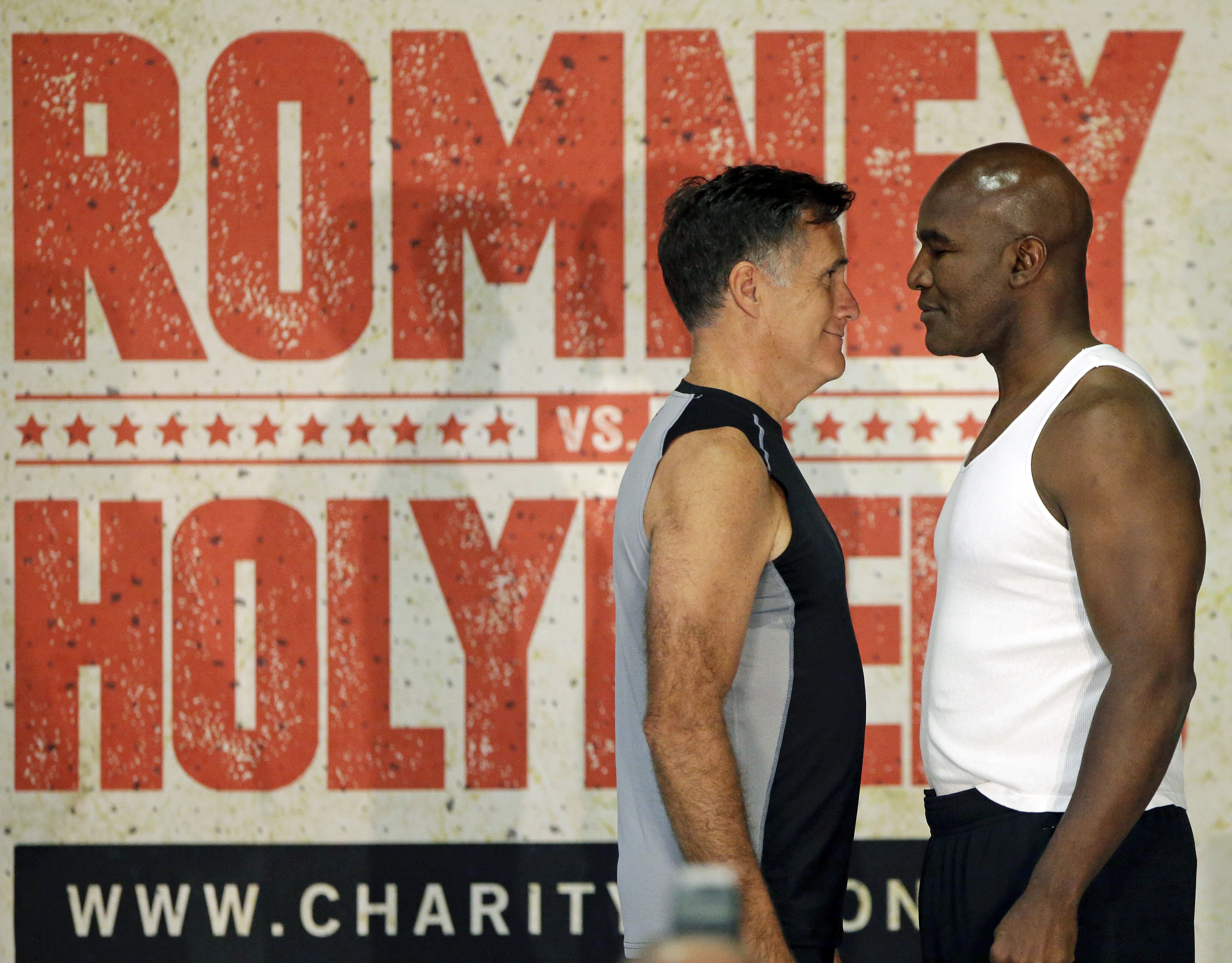 Now that he's had time to recuperate from his loss in the 2012 presidential race, Mitt Romney is gearing up for his next big fight -- an actual fight against heavyweight boxing champion Evander Holyfield.

The 68-year-old retired Republican is stepping into the ring against the 52-year-old retired boxer for charity. One hundred percent of the proceeds from the Friday night fight will benefit Charity Vision, a nonprofit with the mission of restoring vision to people in developing nations. The event is expected to raise $1 million, which will pay for things like medical equipment, vision screenings, eye surgeries and training doctors in poverty-stricken areas.

Romney and Holyfield officially weighed in for the event on Thursday night. Referencing the infamous 1997 boxing match in which Mike Tyson bit off part of Holyfield's ear, Romney told the New York Times, "I'm staying far away from his ears."