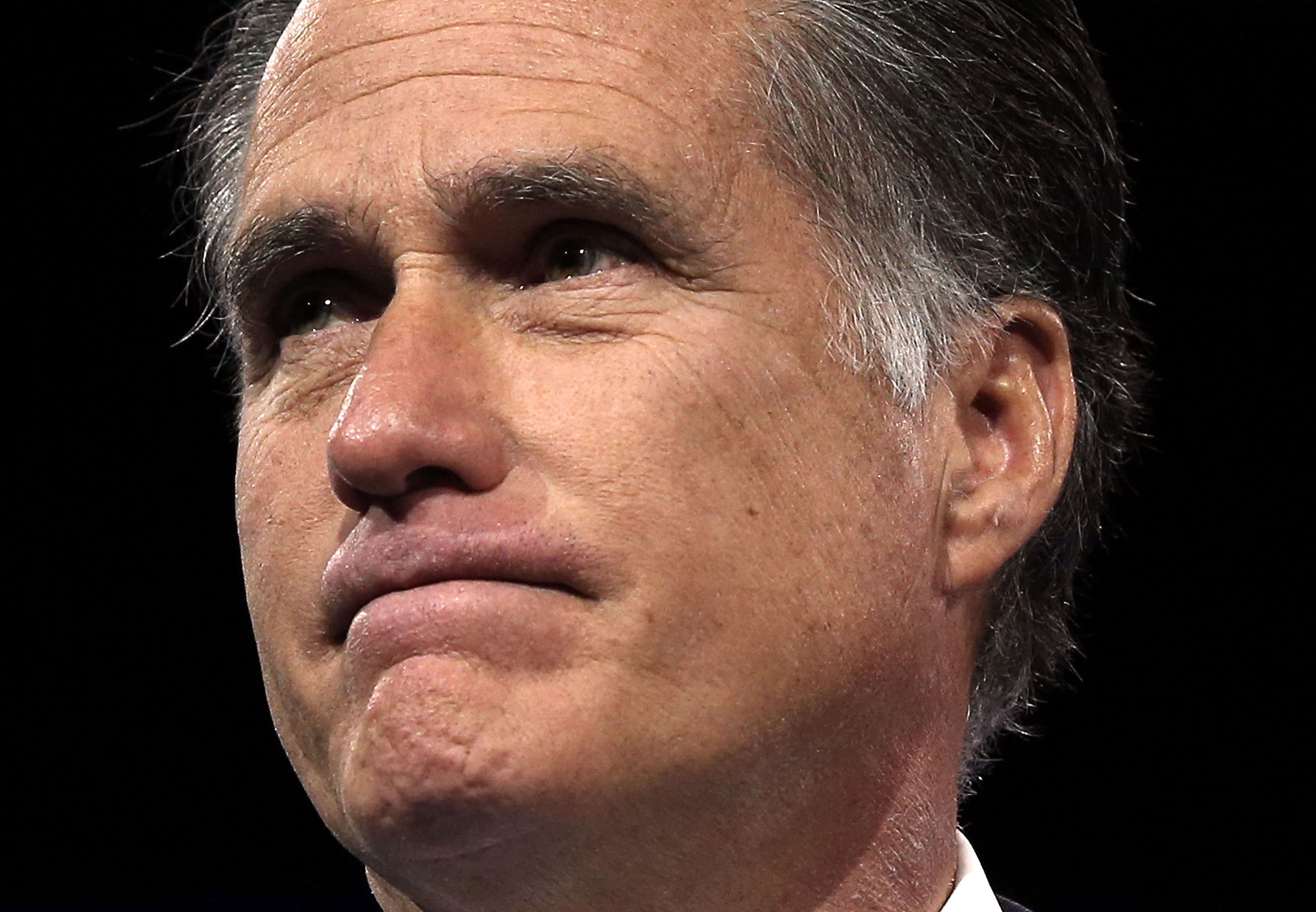 As controversies continue to fester over the IRS, Benghazi and the Justice Department's seizure of reporters' phone records, 2012 Republican presidential nominee Mitt Romney condemned the government for a "breach of trust" during an interview on "The Tonight Show with Jay Leno" broadcast Friday night.

In each of the three controversies currently gripping Washington, Romney said the responsibility - or culpability - ultimately rests with President Obama.

The former GOP standard-bearer was particularly indignant about the news that the IRS unfairly singled out conservative advocacy groups for additional scrutiny during the 2012 election, calling it "a violation of the very fundamental trust that we have that the IRS does not pursue a political agenda." He said only the appointment of a special counsel would ensure that the scandal is exhaustively probed.

And while no evidence has emerged that the IRS, an independent agency, colluded in any way with the administration on its targeting practices, Romney offered no absolution for the White House, saying "the buck stops at the president's desk."

(Scroll down to watch the interview)

He also expressed concern that the IRS was using the tax code as a "weapon" to punish political enemies of the president, wondering whether "individuals who donated to Republicans, or to my campaign" were being audited in retaliation.

On the news that the Justice Department recently subpoenaed two months of phone records from employees of The Associated Press, Romney cautioned that "it's early to conclude exactly what's happened," but added that "a lot of people are concerned that the First Amendment is being challenged in some way."

"This was not done during the last administration," Romney said, calling the records' seizure "very troubling."

He acknowledged that the administration was "looking for leaks of classified information," adding, "We'll see what the circumstances were."

But despite those potentially valid concerns, Romney said, "I think most people feel that the media's sources should be protected, that the media should not be subjected to subpoenas from the Justice Department, fearing perhaps that this could also be used for political purposes down the road."

Romney also addressed the bickering over the government's response to the terror attack on a U.S. Consulate in Benghazi, Libya, saying the "American people were misled as to what happened."

While the State Department's role in adjusting the talking points used to brief the public about the attack is a matter of concern, Romney said, "the biggest question ... is we have American men and women serving our country in a hostile place, and there was no effort to rescue them."

Current and former U.S. officials have said that the danger of sending additional forces to Benghazi to halt the attack on the U.S. mission there without adequate on-the-ground information, coupled with the rushed timetable that would allow those forces to arrive in time, made a military response to the attack imprudent and virtually impossible.

Romney said the attack - and questions about the government's response - would resonate well into the next presidential campaign, with particularly damning ramifications for former Secretary of State Hillary Clinton.

"I think if Hillary Clinton is the nominee of the Democratic Party, there will be a careful inspection of her record as secretary of state," Romney said, "and that may or may not include mistakes made in one area or another."

Romney also discussed the 2016 prospects in his own party, saying that he doesn't know whether he'll endorse anyone, but he will always "be partial" to his 2012 running mate, Rep. Paul Ryan, R-Wis., who he praised as "an extraordinary running mate, a brilliant guy."

And to anyone who decides to seek the presidency in 2016, Romney offered this bit of sage advice: "Sell the horse if you have one."

Romney was mocked by some during the election for his ownership of a dressage horse, Rafalca, that competed in the 2012 Olympics.

Before Romney was offered a soapbox by Leno, the "Tonight Show" host asked the former candidate whether he could "be objective" in his assessment of the controversies roiling Washington and the state of play in 2016.

Romney, criticized by some for being too scripted during his political career, offered a rare moment of candor in response: "No."