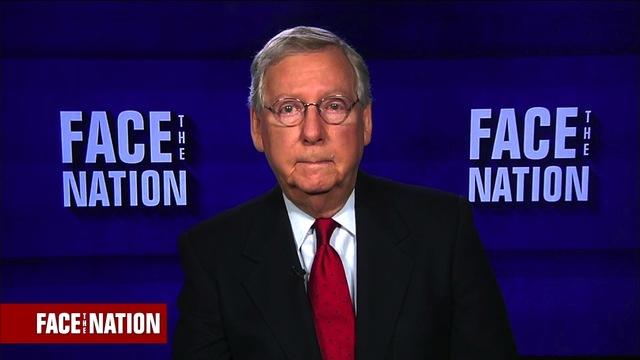 "The people of Alabama are going to decide a week from Tuesday who they want to send to the Senate. It's really up to them. It's been a pretty robust campaign with a lot of people weighing in. The president and I of course supported somebody different earlier in the process. But in the end the voters of Alabama will make their choice," McConnell said in an interview on CBS's "Face the Nation" on Sunday.

As for whether the Senate should look to expel Moore if he wins, McConnell told CBS: "We have two ethics investigations in the Senate going on right now. Senator Franken and Senator Menendez and there might well be another one depending upon people who are in the Senate. And it'll be up to the people of Alabama to make this decision. And we'll swear in whoever's elected and see where we are at that particular point."

Roy Moore tweeted in response: "The people of Alabama have rejected you twice Mitch, on December 12th they will do it again."

On Monday morning, President Trump fully endorsed Moore, who faces a series of allegations involving sexual assault and sexual misconduct with women who were as 14 years old and 16 years old at the time when he was in his 30s.

The special election is on Dec. 12.