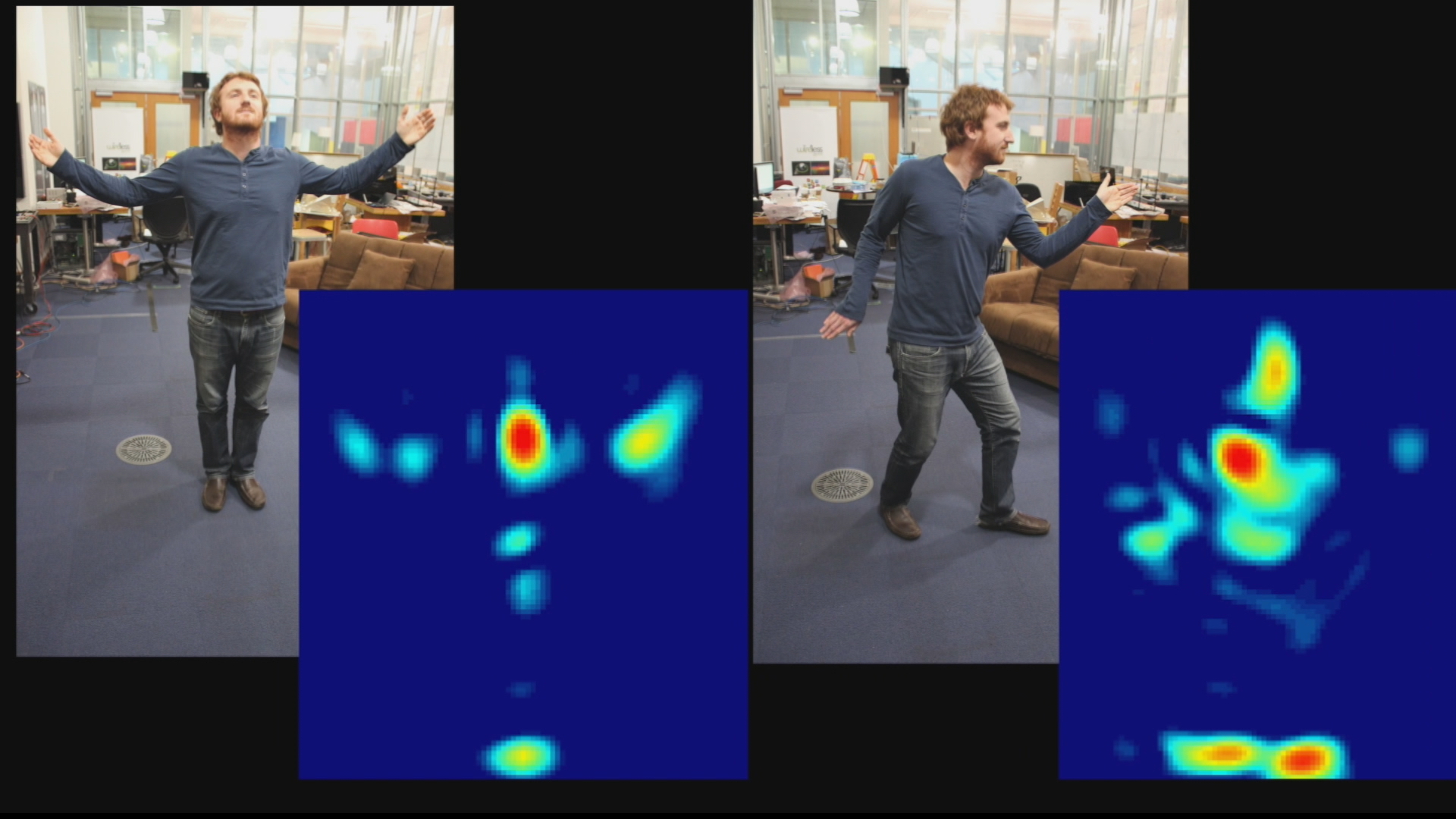 Someday soon, you may not need a cape or special glasses for Superman's x-ray vision.

It's not science fiction, but a very real and promising technology that's being developed today by researchers at the Massachusetts Institute of Technology, reports CBS News correspondent Don Dahler.

Step onto the campus at MIT and you're likely to get a glimpse of the future, with fast-flying autonomous drones and plenty of robots -- including one developed to run and jump like a cheetah, and another with a soft enough grip to handle an egg.

Some of the most recent MIT breakthroughs however are happening at the university's Computer Science and Artificial Intelligence Laboratory, where a simple-looking box applies a complex set of algorithms to do something once limited to science fiction.

"This is a demo that shows the ability of tracking people through walls," said Professor Dina Katabi, who is leading the project.

The project, called "Emerald," is a wireless technology that captures motion in real-time and regardless of obstruction.

"No cell phone, no pendant, no sensor. It's purely based on wireless signals that reflect off our bodies and come back to the device," Katabi said.

The researchers came up with this groundbreaking idea based on their work with wireless networks.

"The question was, can you use wireless networks or Wi-Fi for purposes other than communications. Can you sense the environment with it?" said Fadel Adib, a student researcher at MIT. "As the research evolved, we realized we could sense a person on the other side of the wall."

The low-frequency wireless signals not only detect people's position in the room, but also their elevation from the floor. Researchers hope this can better protect seniors at risk of falling -- a problem that sends an estimated 2.5 million elderly Americans to hospitals each year at a cost of $34 billion, according to the CDC.

"When it detects a fall, it sends an SMS message to the caregiver," Katabi said.

First responders could also benefit a great deal by knowing exactly where people are in other life-threatening situations.

And that's just scratching the surface of Emerald's capability.

"Being able to get the breathing and heart rate in such a cluttered environment with people around, that was like, an 'aha' moment for us. Wow, it is that sensitive," Katabi said.

It also eliminates potential dangers from x-ray exposure, and any glitches in Wi-Fi connections.

"While it is the same carrier as Wi-Fi, its actually 10,000 times or more lower power than W-Fi," Katabi said. "So if you are not worried about Wi-Fi in your home, you should not be worried about this."

"We have a blocker that would prevent somebody to try to use something like that against you," Katabi said. "But also I think society, as it discovers these new technologies... there are rules and laws that a person has to abide by."

After more than three years of development, the MIT team demonstrated their work for the president last summer.

"I think when he saw the breathing and heart rate, he said 'wow,'" Katabi said.

The goal now is to take Emerald from the lab to people's homes within the next year.

Katabi is also currently exploring a way to charge smartphones without ever having to plug them in.