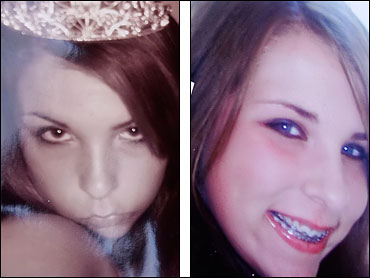 Adults who use the Internet to harass children could be charged with a felony if Missouri lawmakers agree with a proposal made Tuesday by a state panel formed after a taunted teenager's suicide.

Gov. Matt Blunt's task force on Internet harassment met for the final time, putting the finishing touches on a plan that will be submitted to the governor. Committee members did not say when a final draft would be ready.

Harassment is already a misdemeanor in Missouri, but the proposal identifies certain types of harassment that task force members believe should result in stiffer penalties. It also includes other types of media, not just the Internet.

Panelists identified factors that would make certain harassment cases a felony, such as if anyone 21 or older harasses people 17 and younger. Those convicted could be sentenced to as many as four years in prison and a $5,000 fine.

Task force members also proposed a requirement that schools report stalking or harassment - including cyberharassment - to law enforcers if it happens on school property or during a school activity.

The law would not hold responsible businesses that provide Internet service or social networking Web sites like MySpace, said James, who leads the state Department of Public Safety.

Megan's suicide occurred in October 2006 but drew attention last year after her mother went public. The teen thought she was communicating online with a teenage boy named Josh, who turned out to be a fictional character in a hoax. A neighborhood mother, Lori Drew, and two girls played a role in the hoax.

Prosecutors declined to charge anyone, in part because no specific laws appeared to apply. But some communities, including Megan's hometown of Dardenne Prairie, have adopted or are considering adopting laws to go after those involved in Internet bullying.

Drew's attorney, Jim Briscoe, has said the girls designed the fictional boy's account and sent the messages to Megan. Drew wasn't aware of the hurtful messages sent just prior to Megan's suicide, he has said. Other Internet users also joined in with cruel taunts before her death.