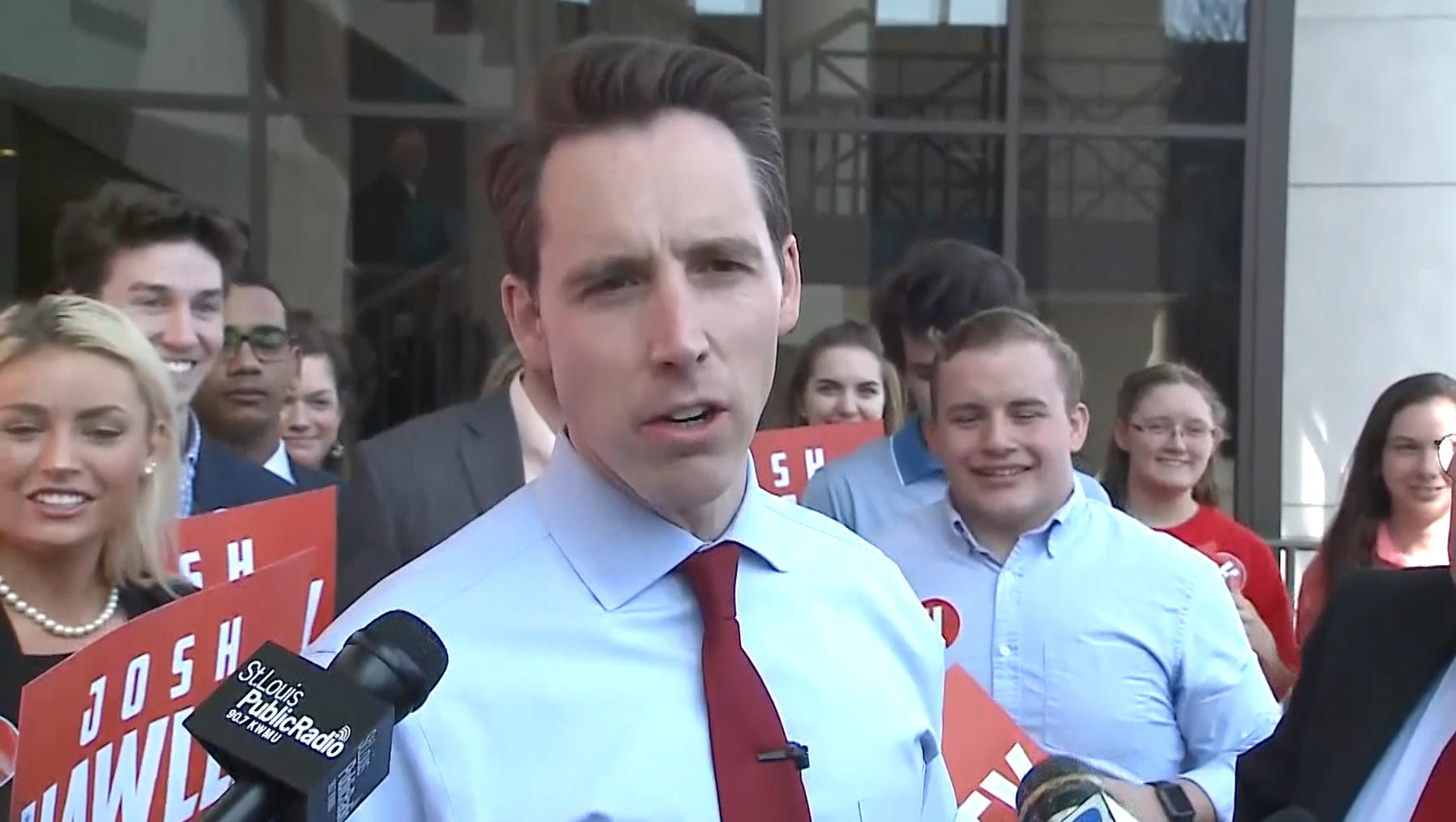 WASHINGTON -- Missouri is defending an extremely long prison sentence for a man who committed robbery and other crimes on a single day when he was 16. He won't be eligible for parole until he's 112 years old.

State Attorney General Josh Hawley says in a U.S. Supreme Court filing that defendant Bobby Bostic's 241-year sentence for 18 crimes does not violate the Constitution's ban on cruel and unusual punishment. Hawley says a 2010 Supreme Court's ruling that outlawed life sentences for people under 18 who didn't kill anyone applies only to a sentence for one crime.

The former St. Louis judge who sentenced Bostic disagrees. She now believes the term is unjust and is backing Bostic's high-court appeal. There's no timetable for when the justices will decide whether to hear his case.

Now 39, Bostic has been in prison for more than 20 years.

State and federal courts around the country have ruled differently about whether young people convicted of crimes can be sentenced to prison for terms that the American Civil Liberties Union, representing Bostic, said "exceed their life expectancy."

The retired judge, Evelyn Baker, is among more than 100 current and former judges, prosecutors and law enforcement officers who are calling on the Supreme Court to throw out the sentence as grossly unfair. Among those supporting Bostic are former acting U.S. Attorney General Sally Yates, former Whitewater independent counsel Kenneth Starr, and former Solicitor General Donald Verrilli Jr.

In December 1995, Bostic and 18-year-old Donald Hutson robbed a group of six people who were delivering Christmas presents for the needy, the ACLU said in its appeal on Bostic's behalf.

They fired a gun at two victims, grazing one and missing the other, Hawley said in Missouri's brief. The robbers then carjacked a woman and Hutson robbed and fondled her before releasing her, according to the ACLU's brief. The two men threw the guns in a river and used the money to buy marijuana.

Hutson took a plea deal and got 30 years. Bostic went to trial and lost.

Later, she said, "I feel nothing for you. I feel the same thing for you that you apparently felt for those victims and you feel for your family."

But in an essay published in the Washington Post in February, Baker wrote, "Scientists have discovered so much about brain development in the more than 20 years since I sentenced Bostic. What I learned too late is that young people's brains are not static; they are in the process of maturing."

The Supreme Court has used essentially the same reasoning in barring life sentences for juveniles who didn't kill anyone and in throwing out mandatory life terms for people who kill before they turn 18.

The ACLU wants the court to apply the 2010 ruling to Bostic.

But Hawley, in the state's brief filed Thursday, said there are several reasons the high court should not disturb the Missouri court rulings upholding the sentence. Among them was the argument that the 2010 Supreme Court ruling doesn't apply to Bostic because he "was sentenced to multiple, consecutive terms in prison for committing multiple crimes, and who will be eligible for parole in great old age."

Hawley is seeking the Republican nomination to take on Democratic U.S. Sen. Claire McCaskill in one of the nation's most closely watched races this year.