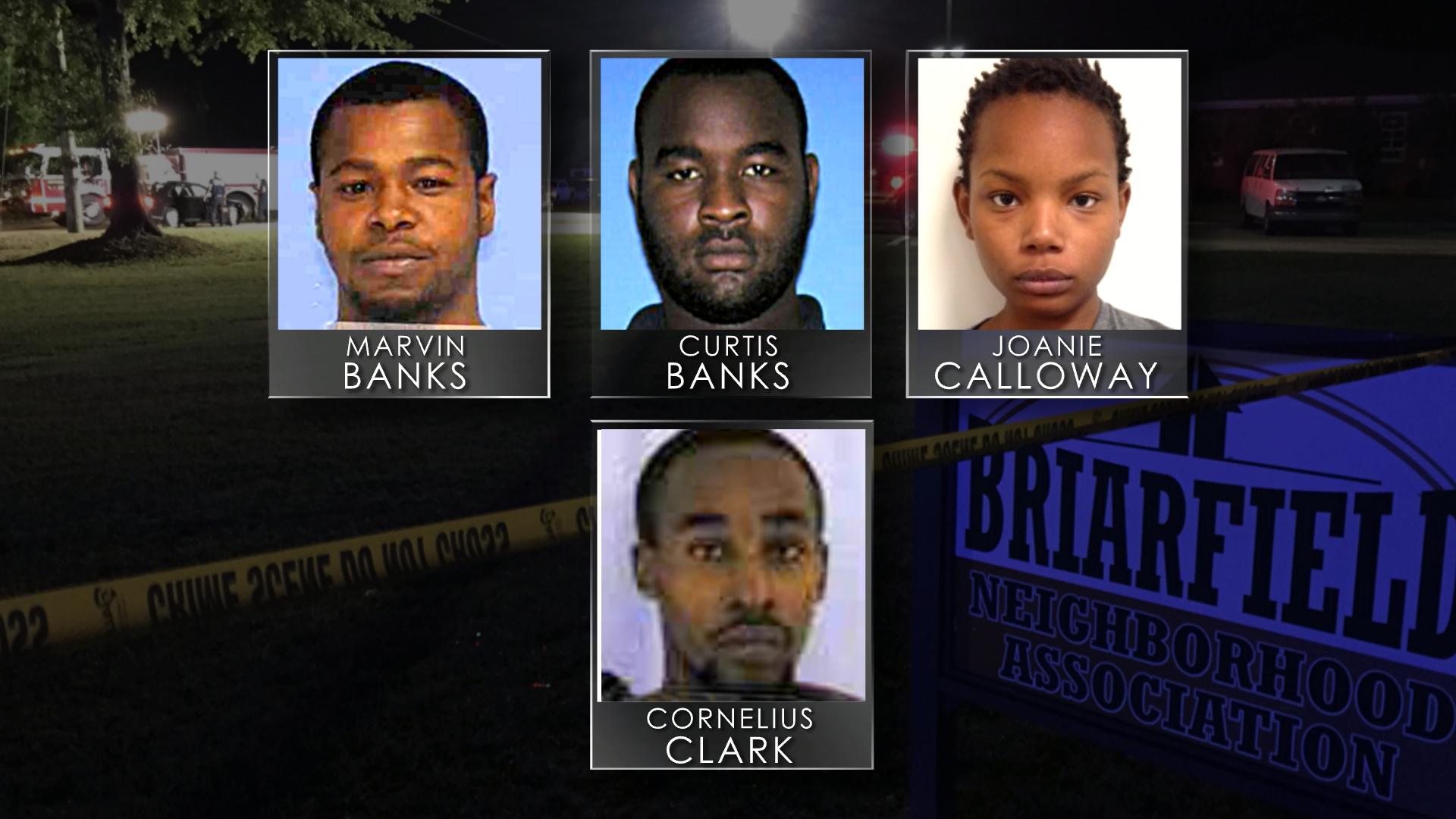 One of the four people facing charges in the deaths of two Mississippi police officers declared his innocence in custody, reports CBS News correspondent Anna Werner.

Within four hours of the shooting Saturday, three suspects were arrested.

Marvin Banks, 29, and Joanie Calloway, 22, were charged with the officers' murder. Banks's younger brother Curtis was charged as an accessory to murder. A fourth, Cornelius Clark, 28, was apprehended Sunday afternoon and charged with obstruction of justice.

"I want to take a lie detector test, sir. God knows I ain't did nothin'," he said.

Police say he had probable cause to search the vehicle and called for backup when he saw four people inside. Rookie Officer Liquori Tate, 25, arrived on the scene just before shots were fired.

One local resident described what she heard.

"I was upstairs in my kitchen and we heard six loud gunshots," Hattiesburg resident Torsky Williams said.

Dean and Tate were rushed to a hospital and pronounced dead.

"They worked feverishly to try and save both. It just wasn't so. Too much blood was lost and too much damage done internally," Hattiesburg Mayor Johnny DuPree said.

Deen, a member of the K-9 unit and 2012 "Officer of the Year" leaves behind a wife and two children.

Tate's father took to Facebook after learning of his son's death

"Well Lord. I had been praying that it was all just a mistake. My baby...I just need some kind of mercy right now," he wrote.

The shooting marks the first time in 30 years an officer has been killed in the line of duty in Hattiesburg. The city will hold a vigil for both men Monday.