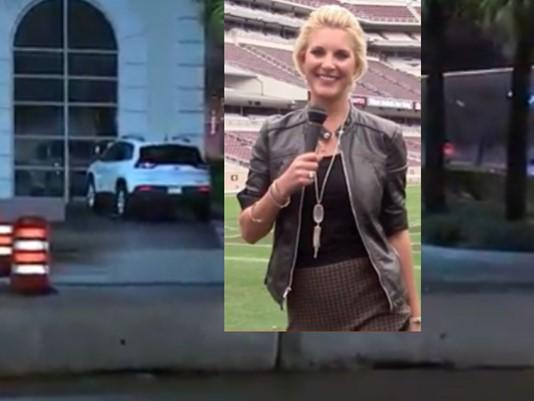 HOUSTON -- A sports journalist who was found after she went missing over the weekend told police officers that she had a severe reaction to medication that led her to become confused and disoriented, police said. The disappearance of Courtney Roland, 29, caused alarm after she sent nonsensical texts to her mother and her roommate called police Sunday saying Roland had expressed concern that a suspicious man was following her.

Roland suffered memory loss as a result of her reaction to the medication and she was continuing to be evaluated at a hospital, police said at a Monday news conference.

"When our people were talking with her she seemed pretty confused about everything," police Lt. Manuel Cruz Jr. said.

She had bumps and bruises but was otherwise unharmed when she was spotted Monday morning walking under an Interstate 610 overpass in west Houston by a passer-by who had seen media reports that she was missing.

Multiple sources earlier told CBS affiliate KHOU-TV that Roland was first spotted at a nearby Chick-fil-A restaurant on Post Oak, south of the Galleria where her SUV was found overnight. A customer at the restaurant recognized Roland from the news reports and called 911.

She was found near the Galleria shopping mall where she was last seen Sunday. Her Jeep had been found earlier and her purse was found at a nearby business.

Cruz said she appeared to have spent much of her time searching for her phone, which was found in the Jeep along with other personal items. At one point she was using an iPad app in an effort to find the phone.

She wasn't aware that she had been reported as missing and her state of confusion caused her to lose track of time, police said.

"We do not suspect any foul play or any kind of suspicious activity attached to this incident," Cruz said.

Her disappearance Saturday after covering a football camp for top athletes prompted family and friends to use social media as a platform to find her, and Gov. Greg Abbott on Sunday retweeted a plea to help search for her with the hashtag #HelpFindCourtney.

Roland covers Texas A&M athletics for Rivals, a Yahoo!-owned online publication focusing on college sports. Her website features videos of her work covering Aggies football and other teams. She has also worked as a model in the Houston area.

Messages left on phones listed for Roland and for her family members were not returned.