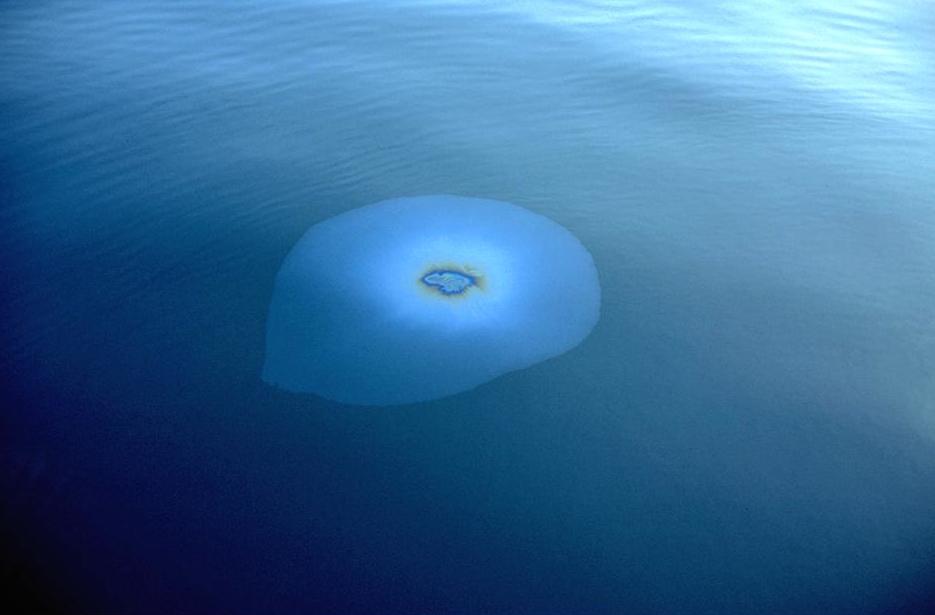 Up to 10 million gallons (38 million liters) of crude oil from the 2010 Deepwater Horizon oil spill has settled at the bottom of the Gulf of Mexico, where it is threatening wildlife and marine ecosystems, according to a new study.

The finding helps solve the mystery of where the "missing" oil from the spill landed. Its location had eluded both the U.S. government and BP cleanup crews after the April 2010 disaster that caused about 200 million gallons (757 million liters) of crude oil to leak into the Gulf.

"This is going to affect the Gulf for years to come," Jeff Chanton, the study's lead researcher and a professor of chemical oceanography at Florida State University, said in a statement. "Fish will likely ingest contaminants because worms ingest the sediment, and fish eat the worms. It's a conduit for contamination into the food web." [Deepwater Horizon: Images of an Impact]

The researchers took 62 sediment cores from an area encompassing 9,266 square miles (24,000 square kilometers) around the site of the Deepwater Horizon spill. Unlike other sediment on the ocean floor, oil does not contain any carbon-14, a radioactive isotope. Therefore, sediment samples without carbon-14 indicate that oil is present, Chanton said.

The scientists avoided areas with natural oil seeps, features in which oil slowly leaks onto the ocean floor through a series of cracks. In these areas, the sediment cores would have a lack of carbon-14 throughout the sample. In areas that don't normally have oil, "the oil is just in the surficial layer, like in that 0 to 1 centimeter [0 to 0.39 inches] interval," Chanton told Live Science.

After studying the samples, the researchers made a map of the areas affected by the spill. About 3,243 square miles (8,400 square km) are covered with oil from the Deepwater Horizon spill, they found.

It's unclear exactly how the oil got there after the spill. One idea is that the oil particles clumped together at the water's surface, or in plumes from the underwater leak, and became heavy enough to sink to the bottom of the Gulf. Cleanup crews also burned large patches of oil, and the resulting black carbon and ash could have sunk into the water, the researchers said. Or, zooplankton (tiny animals that drift near the water's surface) may have ingested the oil and discarded it in fecal pellets that sank to the Gulf floor, the researchers added.

For now, the sunken oil may help keep the water above it clear and free of black oil particles, Chanton said, but it's turning into a long-term problem.

"There's less oxygen down there, and so that will slow the decomposition rate of the oil," Chanton said. "It might be there for a long period of time, a little reservoir of contamination." Moreover, the oil may cause tumors and lesions on underwater animals, research suggests.

The new study supports the findings of another independent study, which found that about 10 percent of the spill's oil made it to the Gulf floor. Using hopane, a hydrocarbon found in oil, the researchers of that study, published in the journal Proceedings of the National Academy of Sciences in October 2014, analyzed sediment samples to see how much oil had fallen to the bottom of the Gulf.

The new study calculates that 3 to 5 percent of the oil from the spill sank to the ocean floor, but the results of the two studies aren't that different, Chanton said.

"Our number is a little bit more conservative than theirs," he said, but "if the two approaches agree within a factor of two, that's pretty good for estimating all of the oil on the seafloor."

The findings were published in January in the journal Environmental Science & Technology.