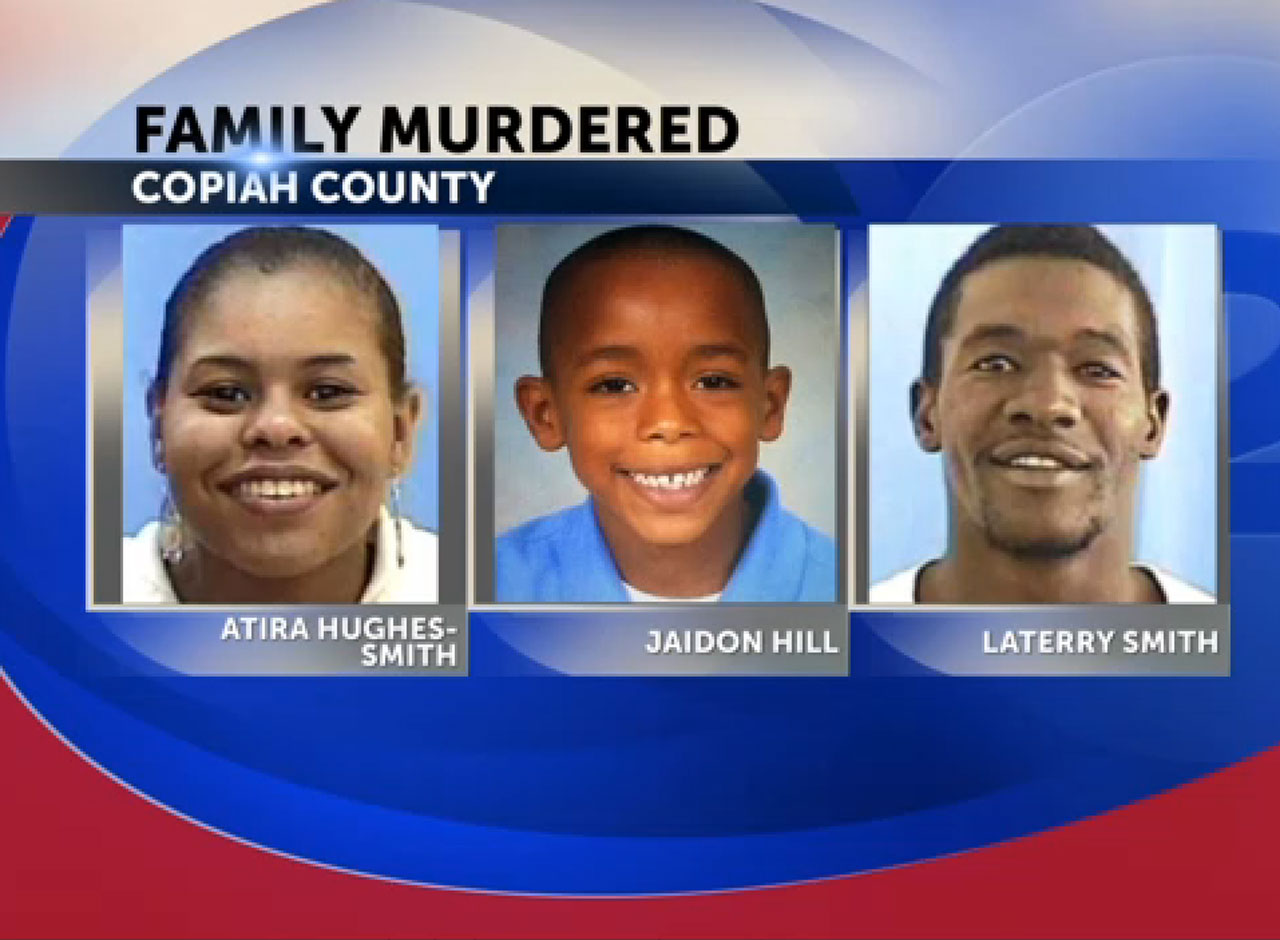 (CBS/AP) JACKSON, Miss. - A second suspect has been arrested and charged in the abduction and killing of a Mississippi couple and the woman's 7-year-old son, authorities said Thursday.

Cedric D. Mason, 30, of Jackson, was arrested late Wednesday on two counts of capital murder and two counts of kidnapping, the Mississippi Bureau of Investigation said in a news release. Authorities said they are still trying to piece together exactly what happened.

Police responded to the family's wrecked and burned vehicle Saturday in a remote area of Jackson. They later questioned Timothy Ladell Burns and authorities said he led them early Tuesday to the bodies at an abandoned home about a mile from the vehicle.

Burns has been charged with two counts of murder and arson.

Authorities have not released a motive for the killings or said whether Burns and Mason knew the family.

The victims were 7-year-old Jaidon Hill, 30-year-old Atira Hughes-Smith and 34-year-old Laterry Smith. All three were found with gunshot wounds.

Hughes-Smith is the boy's mother. Relatives said the couple was recently married.

MBI spokesman Warren Strain said Thursday in a statement that Mason was arrested about 9:30 p.m. in Jackson by MBI agents, the U.S. Marshals Task Force, Jackson police and others.

"The preliminary investigation indicates Laterry Smith was murdered in a house in southwest Jackson. The crimes were committed in Hinds and Copiah counties and the district attorneys in those jurisdictions are conferring on the best manner to move forward with the prosecution of Mason and Burns," Strain said.

"We have theories, but the investigation will ferret out the facts," Strain said Wednesday.

Sheriff Jones has said he believed Burns was driving at the time of the wreck and then tried to burn the vehicle. It's unclear whether the victims were in the vehicle when it crashed.

On Monday, police recovered items linked to the family in a trash bin at a gasoline station in south Jackson, including clothing and Hughes-Smith's work identification card from the University of Mississippi Medical Center.

Strain said authorities began watching Burns at a south Jackson motel Monday and arrested him around 11:30 p.m. when he went to a gas station.