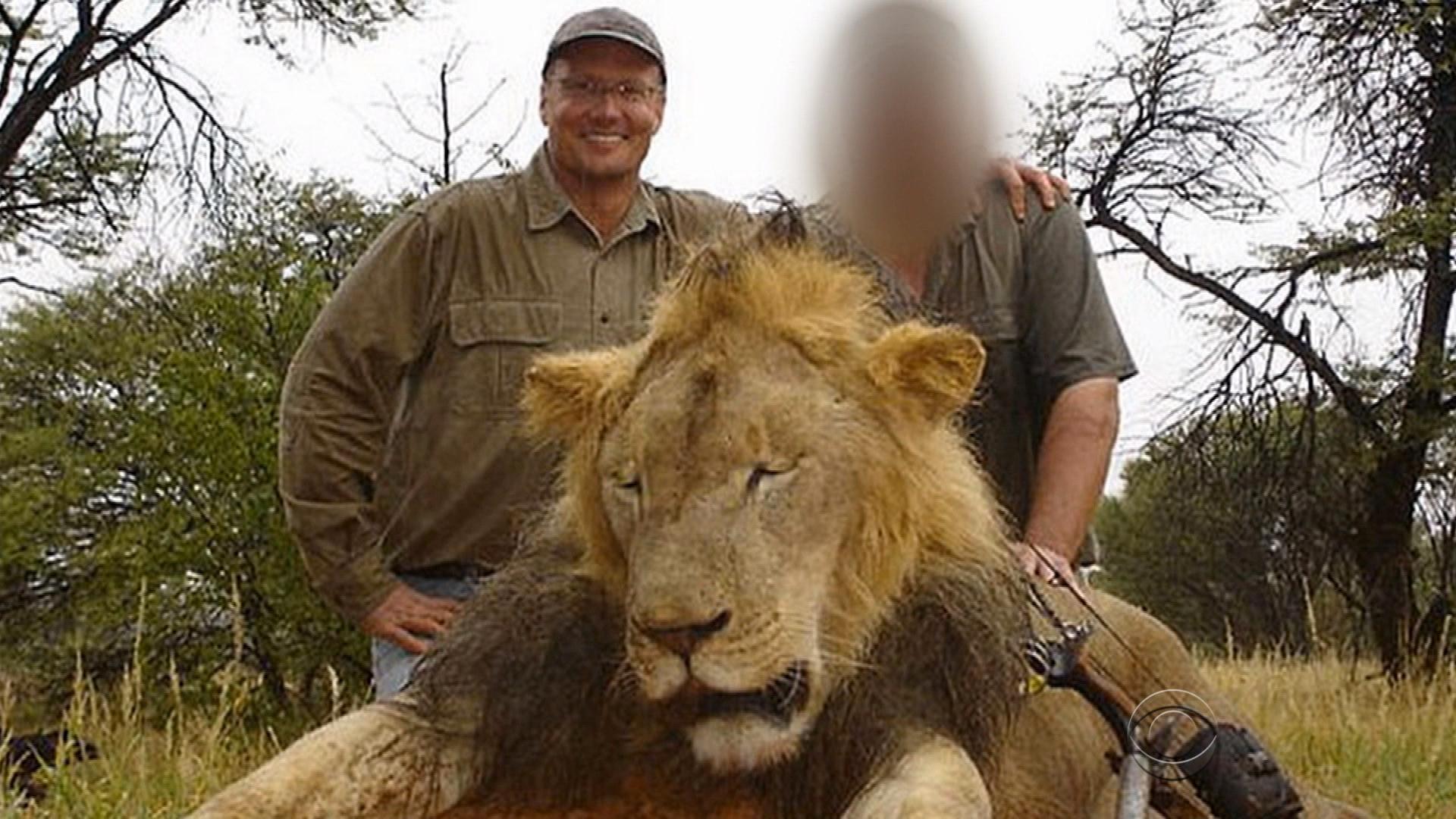 MINNESOTA -- A Minnesota dentist who hunted and killed a protected lion in Africa is advising his patients to seek care elsewhere. Walter Palmer hasn't been seen since the uproar reached the U.S., but today, protestors made sure their voices were heard.

A day after Palmer was accused of killing Cecil, one of Africa's most famous lions, demonstrators didn't leave any doubt about what they thought of their hometown dentist.

Bloomington residents also turned up in front of his office -- now closed.

"He killed Cecil just because he wanted some skin and a head? That's unreasonable," said a 10-year-old protestor.

Palmer paid $55,000 for a permit to shoot a lion in Zimbabwe. An avid big game hunter, Palmer defended the hunt as legal, and said he'd trusted his local guides.

But Zimbabwe officials accuse Palmer's team of luring Cecil off a protected reserve where Palmer shot him with a bow and arrow. But it took 40 hours -- and a gun shot -- for Cecil to die.

There was no sign of Palmer at his home today.

Palmer has not been charged with a crime and Minnesota is home to hundreds of thousands of hunters. But Governor Mark Dayton didn't mince his words.

"Just horrible I'm just disgusted with that man," he said.

Palmer's guide and the farmer who owns the land where Cecil was killed have been charged with poaching. Palmer isn't facing trial, but a U.S. Fish and Wildlife official said they're ready to assist Zimbabwe.

Fencing goes up around Capitol ahead of rally
View CBS News In
CBS News App Open
Chrome Safari Continue
Be the first to know
Get browser notifications for breaking news, live events, and exclusive reporting.