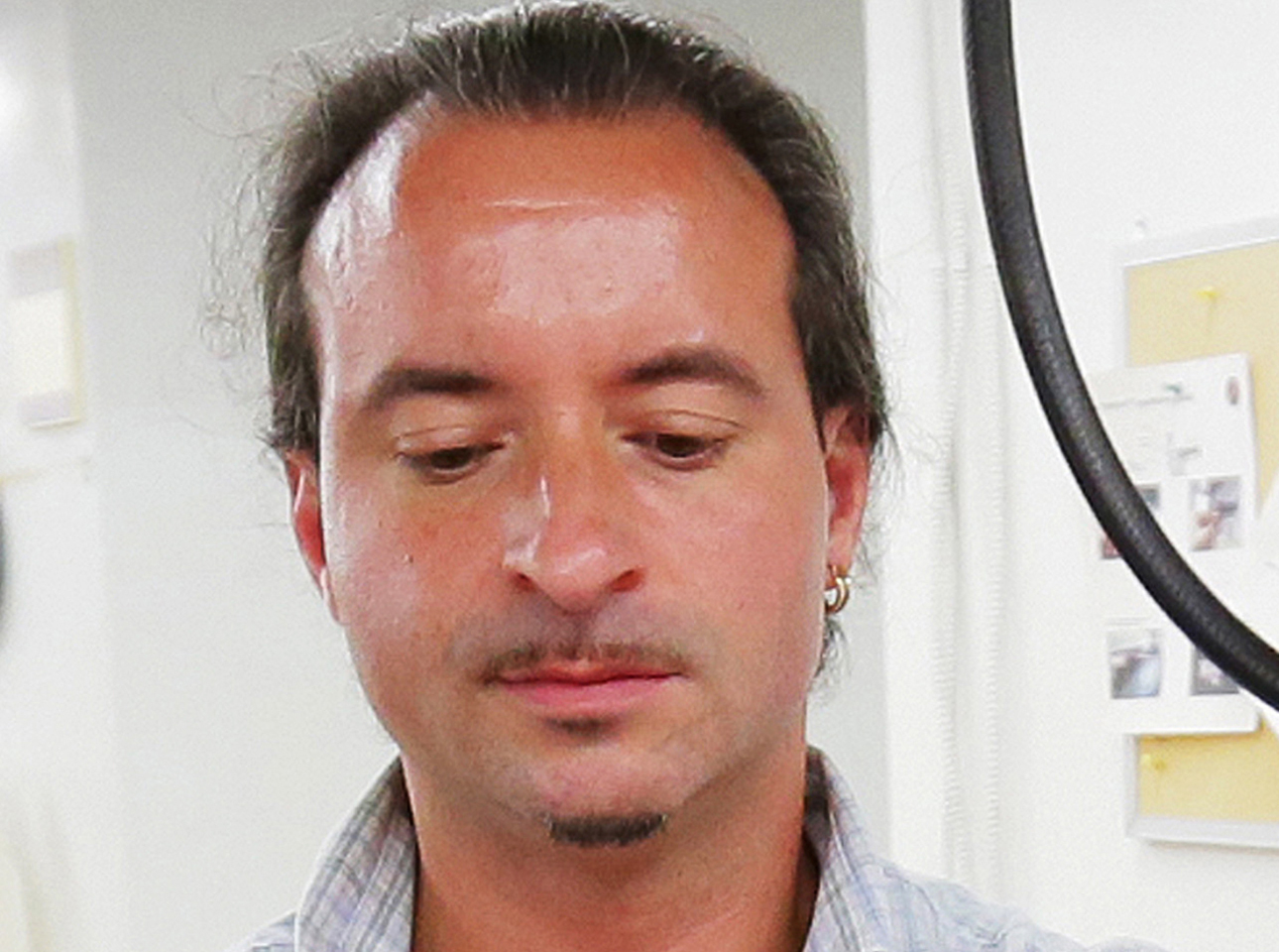 MINNEAPOLIS A man who burst into a sign-making business in Minneapolis, fatally shooting the owner and four others before turning the gun on himself, had been fired from the company, police said Friday.

Minneapolis Police Chief Tim Dolan identified the shooter, who injured at least three others in the Thursday afternoon attack, as Andrew J. Engeldinger, 36, of Minneapolis.

Engeldinger had been fired from his job at Accent Signage Systems earlier in the day, Dolan said. He came back about 4:25 p.m., parked his car, walked into the loading dock area and immediately started shooting people. But it also appeared he may have spared some of his former colleagues.

"It's clear he did walk by some people, very clear," Dolan said.

Investigators who searched a house Thursday night in south Minneapolis where Engeldinger lived found another gun and packaging for 10,000 rounds of ammunition in the house.

"He's obviously been practicing in how to use that gun," Dolan said.

Among those killed were businessman Reuven Rahamim, 61, who was the owner of Accent Signage Systems Inc. in Bryn Mawr, a mainly residential neighborhood on the northwest side of the city, son-in-law Chad Blumenfield said in a statement.

"Other members of the Accent family tragically lost their lives as well, and we mourn their loss," Blumenfield said. He provided no details.

UPS driver Keith Basinski was also killed, the mail service said in a statement Friday. UPS Northern Plains District President Jill Schubert did not say why Basinski was at the Accent offices. She said the company was "profoundly shocked and saddened" at his death.

Authorities have not revealed the names of the others killed. One of the victims died from his wounds Friday in the hospital.

Police revealed earlier Friday that someone from inside the building called 911 around 4:30 p.m. on Thursday to report the shootings, police said. The first officers on the scene quickly began evacuating people from the business and closed off several blocks.

Dozens of squad cars and SWAT officers swarmed the neighborhood Thursday afternoon, and traffic was stopped on a nearby bridge along Penn Avenue, where officers had rifles drawn and pointed at the business and a park below.

By Thursday evening, police vehicles were still surrounding the business. People from the neighborhood milled around but deputies kept them back.

Marques Jones, 18, of Minneapolis, said he was outside a building down the street having his high school senior pictures taken when he and his photographer heard gunfire that sounded close.

"We heard about four to five gunshots," Jones said. "We were shocked at what happened and we just looked at each other. We all just took off running to our vehicles."

The sign-making company employed 28 people as of July, according to a feature on the business in Finance & Commerce, a local business publication. The paper reported that U.S. Under Secretary of Commerce Francisco Sanchez visited it in August in a trip focused on exporting, and praised the company for its innovation.

The company developed a patented technology for producing signs in Braille and had licensed out the technology to companies in 38 countries, the newspaper said.

Minneapolis Mayor R.T. Rybak said employees who were working when the shootings occurred were together and being cared for Thursday evening.

"We are deeply sorry about what has happened here," he said, calling the shootings "a horrible tragedy."