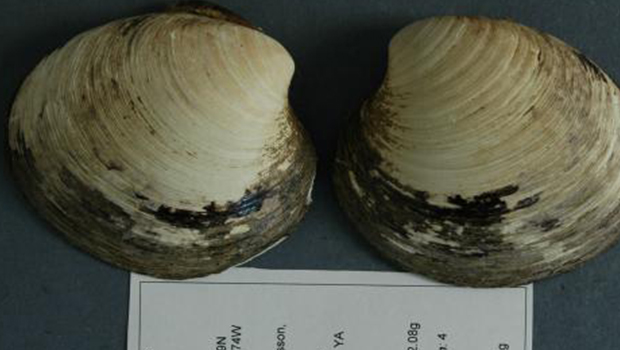 A group of researchers working in Iceland in 2006 discovered a really old clam. They wanted to figure out just how old it could be, so they decided to open it up and count the growth rings along the clam's hinge ligament. They got their answer -- and it was shocking. They said the clam was 405 years old.

They'd found the oldest living animal in the world (excluding primitive metozoans). Only, it wasn't living anymore, because opening it up had killed the clam.

And little did they know, their measurement was wrong. Ming the clam was an entire century older than they first calculated.

They recently measured again. And now they say it was actually 507 years old.

"We got [the age] wrong the first time, and maybe we were a bit hasty publishing our findings back then," ocean scientist Paul Butler told ScienceNordic.

Either way, Ming, an Arctica islandica bivalve mollusk, or ocean quahog, is still dead. And he could have been saved, if they'd just counted the outside growth rings instead of the rings along the interior hinge ligament.

Butler explained the decision to ScienceNordic.

"On the outside, the mollusc shell is curved, and that makes it difficult to get the right angle for measuring and counting the growth rings," he said. "The growth rings are also better protected inside the hinge ligaments."

But when you've lived through 500 years of history, growth rings get pretty crowded on a small hinge ligament. So, on the second count, the researchers concentrated on the growth rings on the outside of the shell.

Ming was named for the Chinese dynasty that ruled at the time it was born. The name still fits because the dynasty ruled for more than 300 years, a time period that includes Ming's newly updated birthday.

"The age has been confirmed with a variety of methods, including geochemical methods such as the carbon-14 method. So I am very confident that they have now determined the right age. If there is any error, it can only be one or two years," says marine biologist Rob Witbaard of the Royal Netherlands Institute for Sea Research, who was not involved in determining the updated age.

Now that they have a better grasp of Ming's age, they say the clamshell will give insight into climate change.

"There are a number of methods to chart past climate on land, but for the marine environment we only have some very limited data. The A. islandica can help fill this gap in our knowledge and provide us with a very accurate picture of past climate," Witbaard told the website.

Check this before you buy a used phone
Danielle Elliot