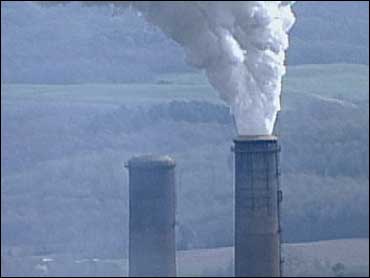 The nation's largest public utility plans to dispose of millions of tons of coal ash from a massive spill in Tennessee into a giant landfill in one of Alabama's poorest counties, state environmental officials said Friday.

Both the Alabama and federal officials say the ash from the Tennessee Valley Authority's plant in Kingston, Tenn., isn't dangerous despite containing toxic materials like arsenic and lead. Alabama officials say the material can be safely stored in the dump, which most often receives household garbage.

An environmental activist, however, said the potentially dangerous waste was another example of government and industry dumping on poor people who live in a vulnerable area.

The Alabama Department of Environmental Management said it received notice from TVA this week that 3 million cubic yards of coal ash from the Dec. 22 spill at Kingston are bound for a privately owned dump in Perry County. Operators say it's one of the nation's largest commercial landfills, located just outside Uniontown about 100 miles from Birmingham. The exact rail route the waste will take to the landfill, more than 300 miles southwest of Kingston, was unclear Friday.

If the Environmental Protection Agency agrees, TVA plans to begin shipping 85 railcars loaded with coal ash every two days beginning June 16. A letter to the state from TVA said shipments of the same size would begin coming daily in early July.

The landfill only has five full-time employees, but as many as 50 could be added to handle the shipments, according to the letter from TVA, which supplies electricity to about 8.7 million consumers in seven Southeastern states.

Documents show the waste contains at least 14 heavy metals and other hazardous compounds. Alabama officials said they will allow the shipments because tests showed the toxins were present in low concentrations considered non-hazardous.

"It's not necessarily what's in there but the amount that's in there," said Scott Hughes, a spokesman with the Alabama Department of Environmental Management.

An environmental leader said the exact contents of the ash, which spilled into the Emory River and a lakeside neighborhood, remain a "huge issue."

"It's unverified, depending on which sources you go to, what the level of toxicity is," said Michael Churchman, executive director of the Alabama Environmental Council.

"I don't see how they think it should be shipped to Perry County and treated like a banana peel or other items from my house."

TVA said it sent a test shipment of 1,500 tons of the sludge in 15 railcars last month to the Arrowhead Landfill in the mostly black county, where U.S. Census statistics show 31 percent of families live in poverty. A test shipment of the same size went to a landfill near Mauk, Ga.

Jeff Cown, a manager with the Georgia Environmental Protection Division, said that state hasn't received any information from TVA on additional shipments.

But the Alabama environmental agency said TVA notified the state on Tuesday that the Kingston spill waste was headed to Alabama. Based on the TVA test and figures from Cown, such a shipment would weigh about 3.9 million tons and require about 35,000 railroad cars to transport.

The TVA letter said the initial disposal contract was for a year and could be extended. The value of the deal wasn't disclosed.

TVA spokeswoman Barbara Martocci confirmed that about 2.7 million cubic yards of ash needs to be dredged from waters in eastern Tennessee and disposed of, but she declined comment on whether the utility had selected Alabama for shipments.

"We are working with EPA on that," she said.

An EPA official working on the project did not immediately return messages seeking comment. John Delvac, operations director at the landfill, referred questions about coal ash shipments to TVA.

TVA estimates a total of 5.4 million cubic yards of ash and sludge breached an earthen dike surrounding a water-covered mountain of ash at the Kingston plant. The grayish muck covered 300 acres. The final cost of the cleanup could reach almost $1 billion, and the toxic spill left residents in Kingston worried about water contamination and other problems.

"I would think that there's not many people in Perry County could afford to pick up tomorrow and move to somewhere else," he said.

"This is another example of how we bear the burden of people in other places benefiting from cheap power."