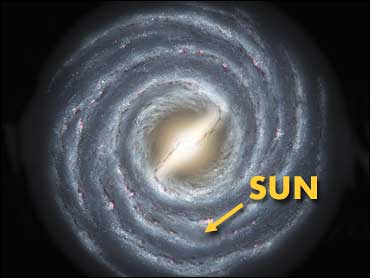 After creating the most detailed analysis yet of what the Milky Way looks like, astronomers say a long bar of stars cuts through the galaxy's center at an angle.

Some scientists have suspected the presence of the stellar bar, but the survey led by two Wisconsin astronomers shows the bar is far longer than previously believed and at a specific angle.

The skinny bar is made up of old and red stars that is about 27,000 light years in length, about 7,000 light years longer than previously believed. The bar is at a 45 degree angle to the line between our Sun and the center of the galaxy and may put the Milky Way in a small class of galaxies with the unusual shape, researchers say.

"We're pretty certain the extent and orientation of this bar because we got more data than anybody else that has ever brought to bear on the problem by a long shot," said Ed Churchwell, a University of Wisconsin-Madison professor of astronomy who collaborated on the project.

The team of astronomers used NASA's Spitzer Space Telescope to survey more than 30 million stars in the center of the Milky Way. The orbiting infrared telescope allowed the astronomers to see bright stars through clouds of interstellar dust to draw a vivid portrait of the center of the galaxy.

The new portrait will help astronomers understand how our galaxy looks from the outside and "how it forms together in the big picture," said lead study author Robert Benjamin, a UW-Whitewater professor of physics.

"The stronger the bar, the more influence it has on everything going on in the galaxy," said Benjamin.

The study will appear in an upcoming edition of Astrophysical Journal Letters, a leading astronomy journal.

The study should put to rest the idea held by some astronomers that an ellipse is at the center of the galaxy's swirling arms, Churchwell said.

"We've largely been ignorant of this very major structure in our galaxy for all these years," he said.

The hardest work in the study was not observing the stars — the NASA orbiting telescope took about 400 hours of observations. Researchers spent five years preparing for the observation and almost one year making sense of all the data.

The telescope, launched two years ago, is the largest infrared telescope ever launched into space and is trailing the earth in an orbit around the sun. It uses infrared light to penetrate clouds of gas and dust that block astronomers' views from Earth. 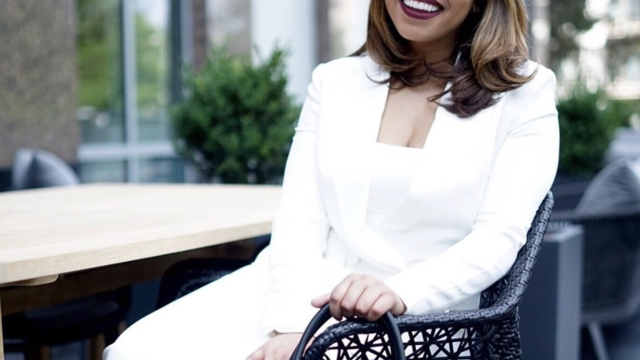