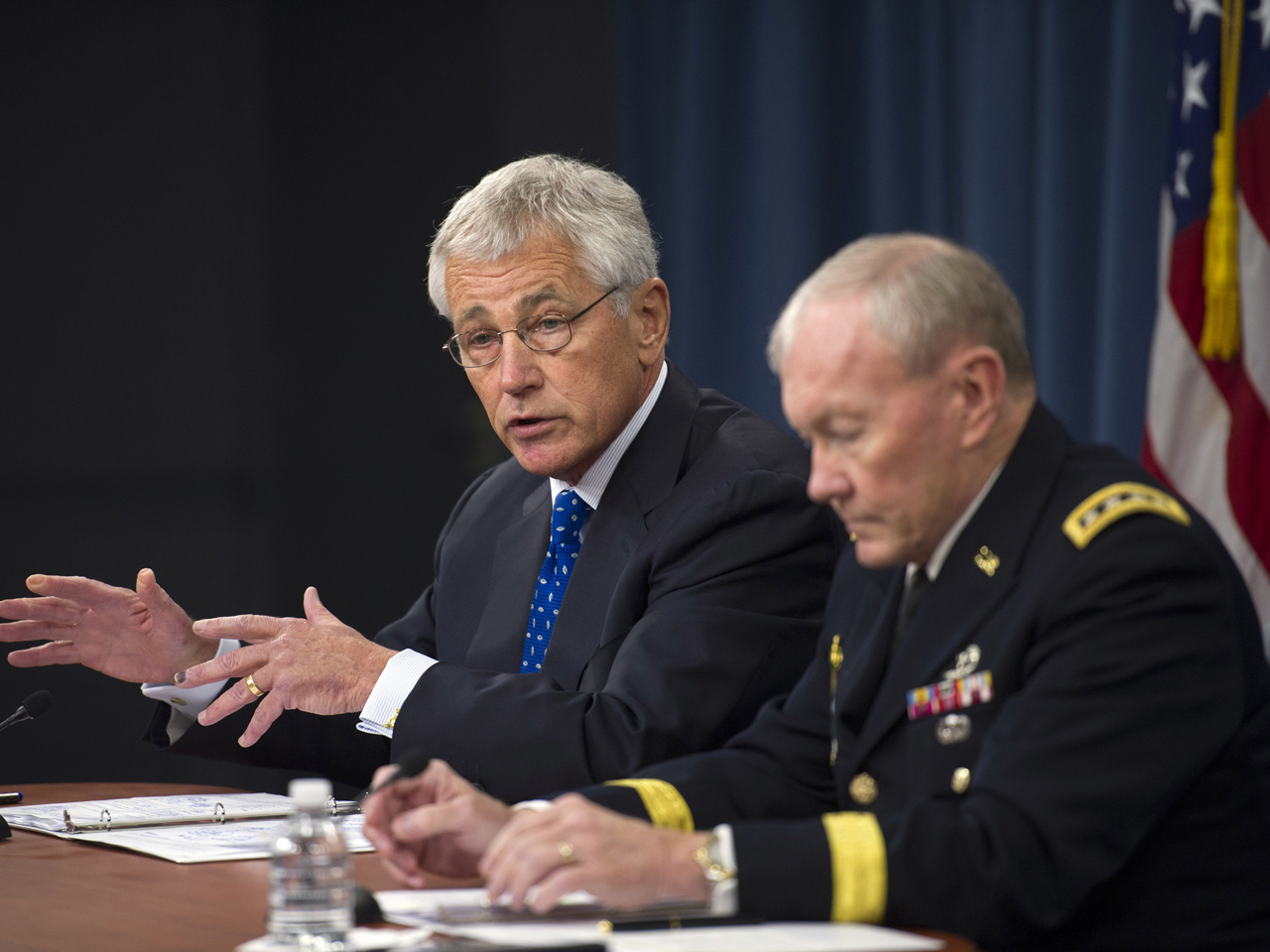 WASHINGTON Defense Secretary Chuck Hagel has ordered two sweeping reviews of military security and employee screening programs, acknowledging Wednesday that "a lot of red flags" may have been missed in the background of the Washington Navy Yard shooter.

Two days after former Navy reservist Aaron Alexis gunned down 12 people in a shooting rampage inside the Navy base, Pentagon leaders struggled with whether a string of minor arrests, mental health issues and other behavioral problems should have been enough to strip him of his security clearance or deny him access to the secure facility in southeast Washington.

"Obviously, there were a lot of red flags," Hagel told reporters at a Pentagon briefing. "Why they didn't get picked, why they didn't get incorporated into the clearance process, what he was doing, those are all legitimate questions that we're going to be dealing with."

But Gen. Martin Dempsey, chairman of the Joint Chiefs of Staff, said he still believes that those who have served in the military should not be stigmatized by having to answer questions about their mental health status on security clearance forms.

In recent years, Dempsey and other military leaders had argued that service members — many of whom have been plagued by stress disorders and other problems after multiple deployments in more than a decade of war — should have the opportunity to overcome their mental health challenges without being stigmatized.

He questioned whether forcing Alexis to disclose that he had been undergoing mental health treatments could have prevented Monday's tragedy.

"I don't know what the investigation will determine, but he committed murder," said Dempsey, sitting next to Hagel. "And I'm not sure that any particular question or lack of question on a security clearance would probably have revealed that."

Hagel has ordered the Pentagon to review the physical security and access procedures at all U.S. defense facilities worldwide as well as a study of the programs used for granting and renewing the security clearances for the military, civilian employees and contractors.

He also said that he is asking an independent panel to undertake the same reviews, vowing that, "where there are gaps, we will close them."

Alexis, who was also killed in the massacre, had been undergoing mental health treatment from the Department of Veterans Affairs since August but was not stripped of his security clearance. He also had a string of misconduct and behavioral problems while in the military.