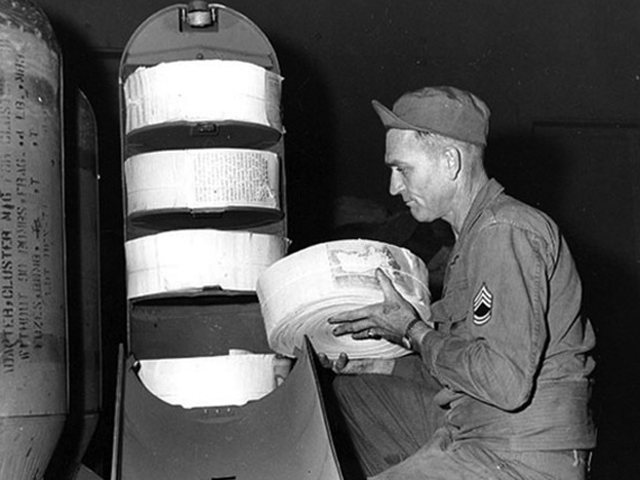 Rolling Stone magazine caused turmoil in the U.S. military this week with a report that a commander in Afghanistan ordered a "psychological operations" team to help him manipulate visiting U.S. senators into providing additional funds and soldiers to the war effort.

Lt. Gen. William Caldwell may well have broken the law, which prohibits psychological operations from being used against U.S. citizens. But shelve those "Manchurian Candidate" fantasies: those familiar with psy-ops (PSYOP in military parlance) and propaganda say the field is a closer cousin to public relations than its intimidating moniker would suggest. (In the movie "Manchurian Candidate," a former prisoner of the Korean War gets brainwashed by Communists.)

"There's no brainwashing," Sgt. Maj. Herb Friedman, an army veteran and psy-ops expert, told LiveScience. "PSYOP gets blamed for a whole host of things that has nothing to do with them whatsoever."

So what is psy-ops? According to Friedman, psychological operations specialists are in a battle for that old canard, the "hearts and minds" of enemy combatants. In 2010, the psychological operations label was dropped in favor of "Military Information Supply Operations," or MISO, which "everybody hates" because "it's basically a green soup from Japan," Friedman said.

As Lt. Col. Michael Holmes, the former leader of the information operations unit who bucked the order to conduct psy-ops on John McCain and other senators, told Rolling Stone, the goal of psy-ops is "to get the enemy to behave the way we want them to behave." Usually, Friedman said, that means persuading the other side to stop fighting and support the new government.

Sometimes, the methods are straightforward: Leaflets urging surrender dropped on civilian villages and opposition armies, loudspeaker messages telling fighters to lay down their arms. Psy-ops specialists target the message to the culture and community they're hoping to reach, Friedman said. During World War II, he said, leaflets urging Japanese soldiers to "surrender" made no headway. But urging the Japanese soldiers to "cease resistance" was more effective, because the words conveyed less shame.

In other cases, psy-ops teams exert more subtle pressure. During WWII, a British radio station was broadcast into German territories posing as a German propaganda station, said Aaron Delwiche, a professor of communications at Trinity University in San Antonio, Texas, who maintains a website on propaganda called propagandacritic.com. But instead of boosting morale, the disguised station broadcast information meant to undermine German civilians' confidence. There were about a dozen such stations, Friedman said, one of which broadcast exclusively to German submarine crews.

One of the stranger psy-ops methods in war has been the use of pornographic pamphlets to try to convince the men on the front lines to go back home to their girlfriends. During WWII, the Germans and Japanese papered U.S. soldiers with leaflets depicting mostly naked women being seduced by draft dodgers and other shady characters back home. "While you were away," read one, implying that the soldier's own wife or girlfriend was no doubt in flagrante with another while he risked death.

The idea, Friedman said, is that the pamphlets would kill morale.

"The reality is, it does just the opposite," he said. " The guys loved dirty pictures."

The United States got in on the pornographic propaganda game only slightly during WWII, Friedman said. Psy-ops teams created just a few pornographic pamphlets. Several attempted to play on homophobia, warning (with lurid illustrations) that German soldiers' wives had turned to lesbianism in their absence.

For the most part, however, psy-ops is about telling the truth, Friedman said. That truth might be spun, he said, but outright lies tend to backfire by destroying credibility. Friedman compared psy-ops with advertising or public relations.

"We're asking them to surrender and you're saying, 'Go out and buy a Ford,'" he said. "There's not a whole lot of difference there."

Gallery: Psy-ops through the centuries

Indeed, the line between propaganda and persuasion or education can be hard to draw, Delwiche said. Propaganda is not intrinsically bad, he said, and there are no mind-control tricks to ensure a docile audience.

"A key finding that has emerged in communications research over the years is that when propaganda fails, it's because audiences are active. They ask questions," Delwiche told LiveScience. "We can't predict what audiences are going to do."

So would conducting psy-ops on visiting U.S. senators have worked? Friedman thinks not.

"When an army is victorious, you can't mess with their minds. The only time you can mess with their minds is when they're defeated," he said. "You can't do this on a big congressman walking around thinking he's the king of the world in his private jet. How are you going to psy-op them?"

Delwiche said he believed a line had likely been crossed by Caldwell, but said that the senators targeted weren't exactly shrinking violets.

"I don't want to let them off the hook," Delwiche said. "But at the same time, you look at some of these senators, people like John McCain, Al Franken, Joe Lieberman, these are people who, regardless of what you think of their politics, tend to speak up and ask questions and not necessarily swallow the Kool-Aid."

On the other hand, Delwiche said, if the military leaders set themselves up as authorities, saying that, as civilians, the senators couldn't possibly know what the soldiers were facing in Afghanistan, the politicians might have been swayed.

"There is a long history on all sides of the political spectrum in all countries of propaganda being used in inappropriate ways," Delwiche said. "If people are kind of freaked out or alarmed by this, what they should do is educate themselves and pay attention to the kinds of tools that are used to persuade. That's really the best way to protect yourself."