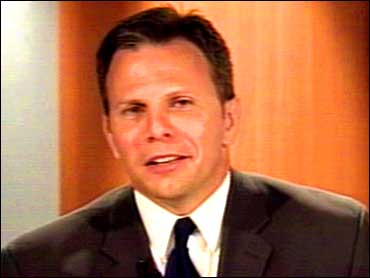 The Department of Defense forbade a military intelligence officer to testify Wednesday about a secret military unit that the officer says identified four Sept. 11 hijackers as terrorists more than a year before the attacks, according to the man's attorney.

In testimony to the Senate Judiciary Committee, attorney Mark Zaid, who represents Lt. Col. Anthony Shaffer, said the Pentagon also refused to permit testimony there by a defense contractor that he also represents.

The Judiciary Committee was hearing testimony about the work of a classified unit code named "Able Danger."

Zaid, appearing on behalf of Shaffer and contractor John Smith that Able Danger, using data mining techniques, identified four of the terrorists who struck on Sept. 11, 2001 — including mastermind Mohamed Atta.

"At least one chart, and possibly more, featured a photograph of Mohamed Atta," Zaid said.

Maj. Paul Swiergosz, a Defense Department spokesman, said Wednesday that open testimony would not be appropriate.

"We have expressed our security concerns and believe it is simply not possible to discuss Able Danger in any great detail in any public forum," he said.

Swiergosz said no individuals were singled out not to testify.

"There's nothing more to say than that," Swiergosz said. "It's not possible to discuss the Able Danger program because there are security concerns."

Another Pentagon spokesman, Bryan Whitman, said later that the Defense Department would be represented at the hearing by William Dugan, the acting assistant to the secretary for intelligence oversight. Whitman also said the Pentagon believes it has provided sufficient information on Able Danger to the committees with primary oversight responsibility for the Department of Defense: the Armed Services and Intelligence committees.

On three occasions, Able Danger personnel attempted to provide the FBI with information, but Department of Defense attorneys stopped them because of legal concerns about military-run investigations on U.S. soil, Zaid said in his prepared remarks, encouraging the panel to locate a legal memorandum that he said Defense Department attorneys used to justify stopping the meetings.

"We recognized there are linkages and patterns of linkages to the al Qaeda leadership,"

Shaffer said last month on CBS News' Early Show (video)
. "That's what our primary concern was at the time."

Rep. Curt Weldon. R-Pa., who was the first to come forward to assert that Able Danger had identified Atta and three others as being members of an al Qaeda cell, was also scheduled to testify.

If Weldon is correct, the intelligence would change the timeline for when government officials first became aware of Atta's links to the terrorist network al Qaeda.

Former members of the Sept. 11 commission have dismissed the "Able Danger" assertions.

Pentagon officials had acknowledged earlier this month that they had found three people who recall an intelligence chart identifying Atta as a terrorist prior to the Sept. 11 attacks.

In addition to Shaffer, another military officer, Navy Capt. Scott Phillpott, has come forward to support Weldon's claims. He was not on Wednesday's witness list.