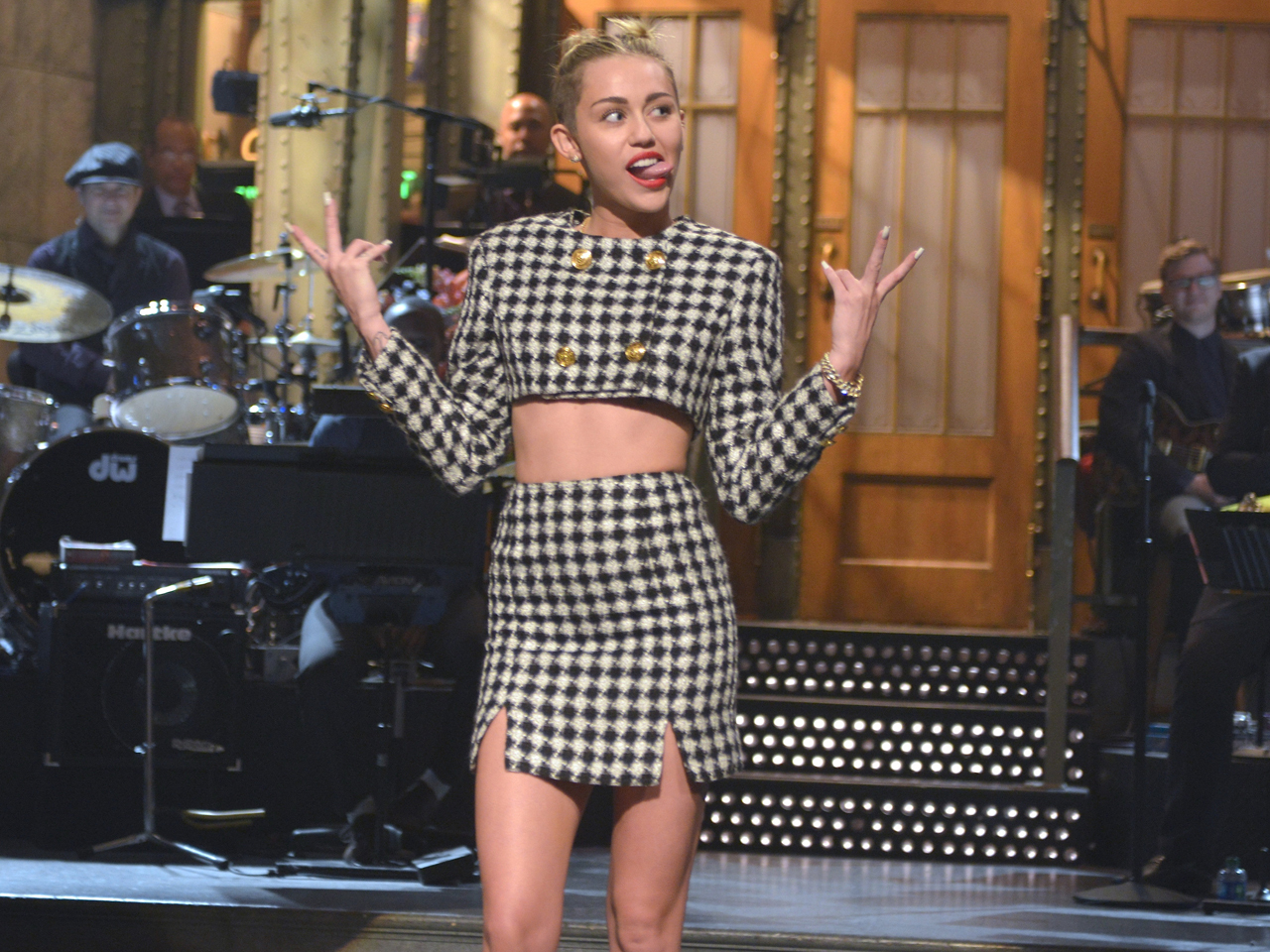 But she commanded the stage on this week's edition of the NBC sketch comedy show, serving as both host and musical guest.

And she did some shimmying as an over-sexed Congresswoman Michele Bachmann in a parody video about the government shutdown called "We Did Stop (The Government)."

During Saturday's open, Cyrus made sport of the hubbub surrounding her racy display. She joked that she used to think twerking was cool but changed her mind now that white people are doing it.

Cyrus said, "I don't apologize for my VMA performance. If I owe anyone apology, it's the people who make the bottom half of shirts." The 20-year-old singer also brought up her Hannah Montana during the episode, saying, "But I can give you an update of what she's up to. She was murdered."

Besides participating in several sketches, she performed two songs.

Her album "Bangerz" is out Tuesday.