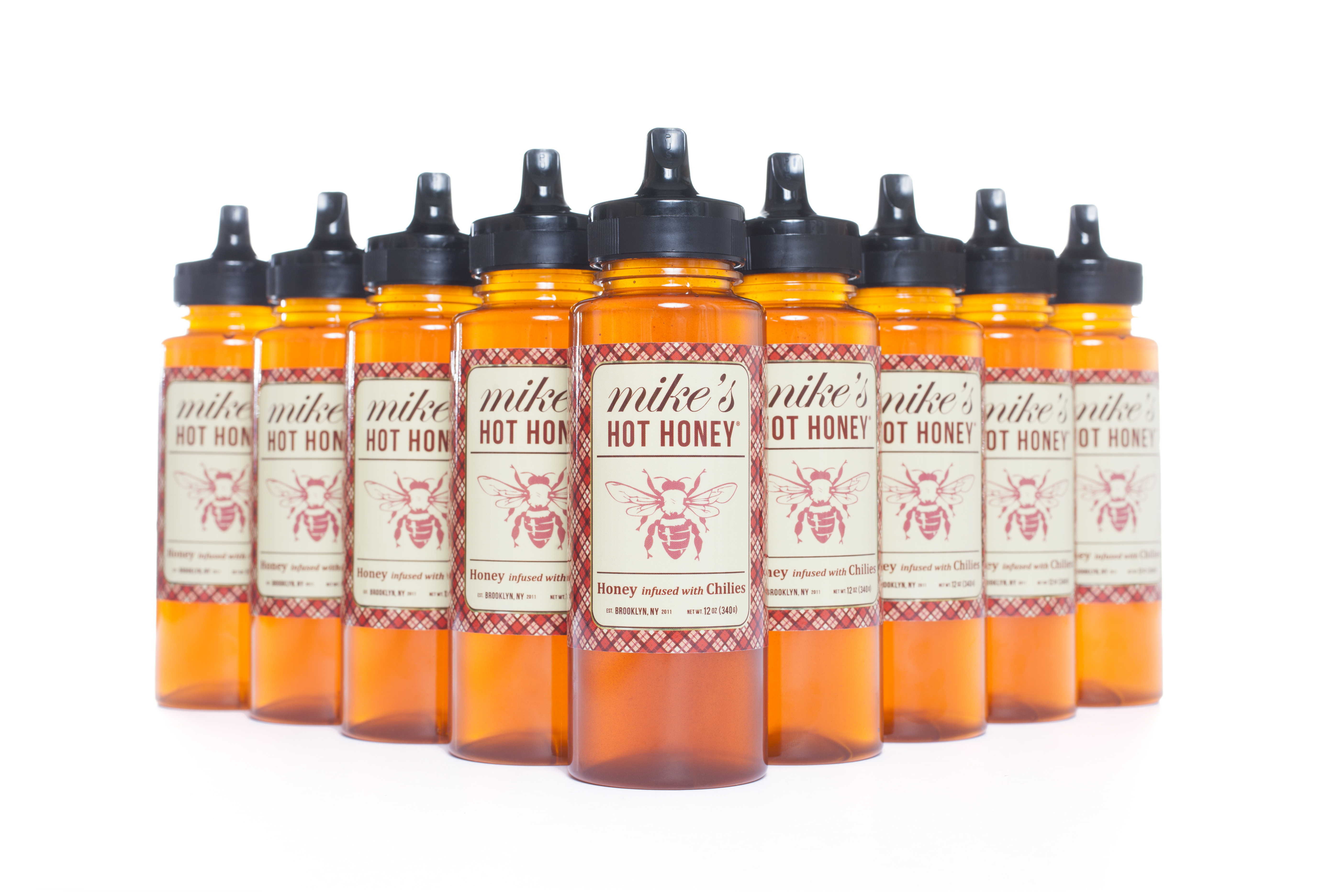 One man looking to spice up condiments is cashing in on America's changing appetite.

Last year "CBS This Morning" got a behind-the-scenes look at the factory behind the fiery red sauce with a rooster on the bottle. But as CBS News correspondent Vladimir Duthiers reports, Sriracha's not the only dressing delighting spicy food lovers.

Michael Kurtz was working as a part-time pizza apprentice when he realized his own homemade hot condiment might be the next thing to stick.

Hot sauce: the condiment with a kick, is on fire. It's one of the fastest growing industries in the U.S. with sales of over a billion dollars.

But Kurtz is hoping the collision of spicy and sweet will be the next flavor Americans savor. The food world is already buzzing over his chili-infused honey, and it's finding its way onto tables and shelves nationwide.

"I was a college student in Brazil and in this town there was a pizzeria, and they had jars of honey on the tables with whole chilies," Kurtz said.

The memory of that honey-drizzled pizza followed him all the way to Paulie Gee's in Brooklyn, New York. One day he brought the Brazilian novelty to his boss at the pizzeria, who loved it.

He added it to a pie, and dubbed it "The Hellboy."

"They'd ask for a little to-go container. So, initially I was just selling people little tiny plastic containers out of the restaurant," Kurtz said.

As demand grew, he expanded production beyond Paulie Gee's kitchen.

"The hardest part of operating a small business is scaling up," Kurtz said.

Kurtz found a local apiary that supplied the wildflower honey.

"We run around 4,000 colonies of bees for honey production and pollination purposes," beekeeper Grant Stiles said.

He now adds the sting to the honey as well, overseeing production.

The process includes warming the honey so it can mix with the chili peppers and then running that mix through a special filtration process. It all ends up in a tank to be bottled as the the final product.

Andrew Knowlton, restaurant editor at Bon Appétit magazine, has been tracking the growth of hot sauces and the trend of small purveyor gourmet condiments.

"What it has is, it's got heat and it's got sweet, and those -- that's a magical combination that I think the American palate right now is driven towards," Knowlton said. "The best thing that can happen to Mike's Hot Honey is you have influencers using it."

Mike's Hot Honey has grown through word of mouth alone. It's now in retail stores and pizzerias across the country and as far away as Kuwait. Chefs are using it in everything from deviled eggs to fried chicken, quinoa and panna cotta. Bartenders are even mixing it into cocktails, including at New York City's Mandarin Oriental.

But Kurtz said with success, comes competition, and his isn't the only hot honey on the market.

"We fully anticipated that others would try to copy us at some point," he said.

That's why he asked his spicy secrets not be revealed.

Kurtz said he wants to keep growing his business. Last year sales doubled, but he'd like to go from selling tens of thousands of bottles, to many more.

Just a few weeks ago, he received his biggest order yet from Williams Sonoma, for stores in the U.S., Canada and Australia.