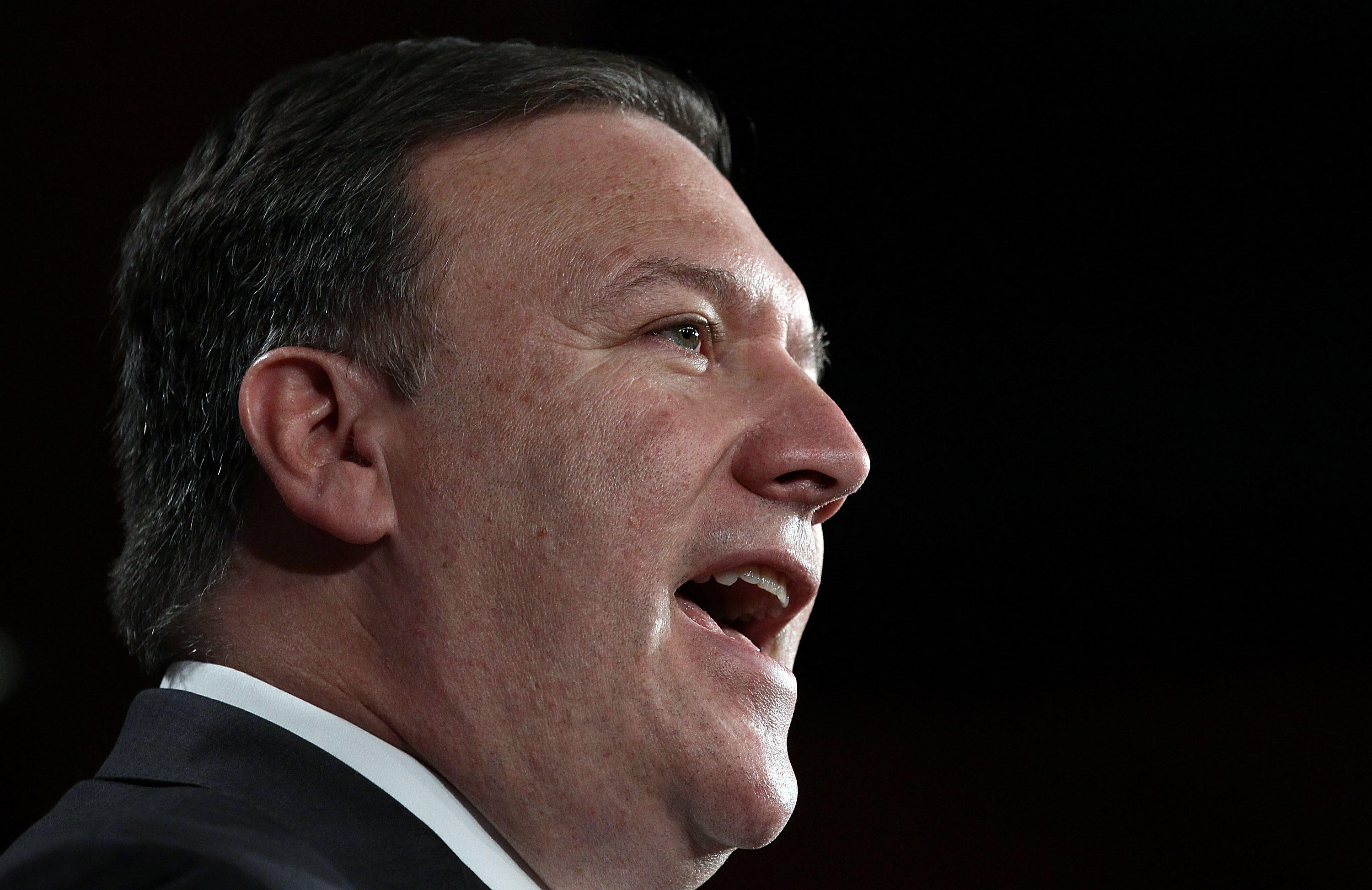 CIA Director nominee Mike Pompeo is on Capitol Hill Thursday for his hearing in front of the Senate Intelligence Committee -- but that hearing was put on hold when the lights unexpectedly went out.

Committee Chairman Richard Burr (R-N.C.) gave brief opening remarks and introduced Pompeo, saying that if confirmed he will lead “what I believe to be one of our nation’s most treasured assets.”

Next, Vice Chairman Mark Warner (D-Virginia) began speaking, saying he looked forward to hearing Pompeo’s thoughts on a number of the challenges facing the CIA in 2017.

“The agency you have been nominated to head is facing a number of challenges brought on by a changing world and which will require great leadership to drive organizational adaptation to meet,” Warner said.

As Warner began to address concerns over Russian election interference, at about 10:15 a.m., the lights went out -- and C-SPAN’s cameras cut out completely.

Warner initially continued with his remarks, but ultimately took a recess because of the power issue. The hearing was moved to another room.