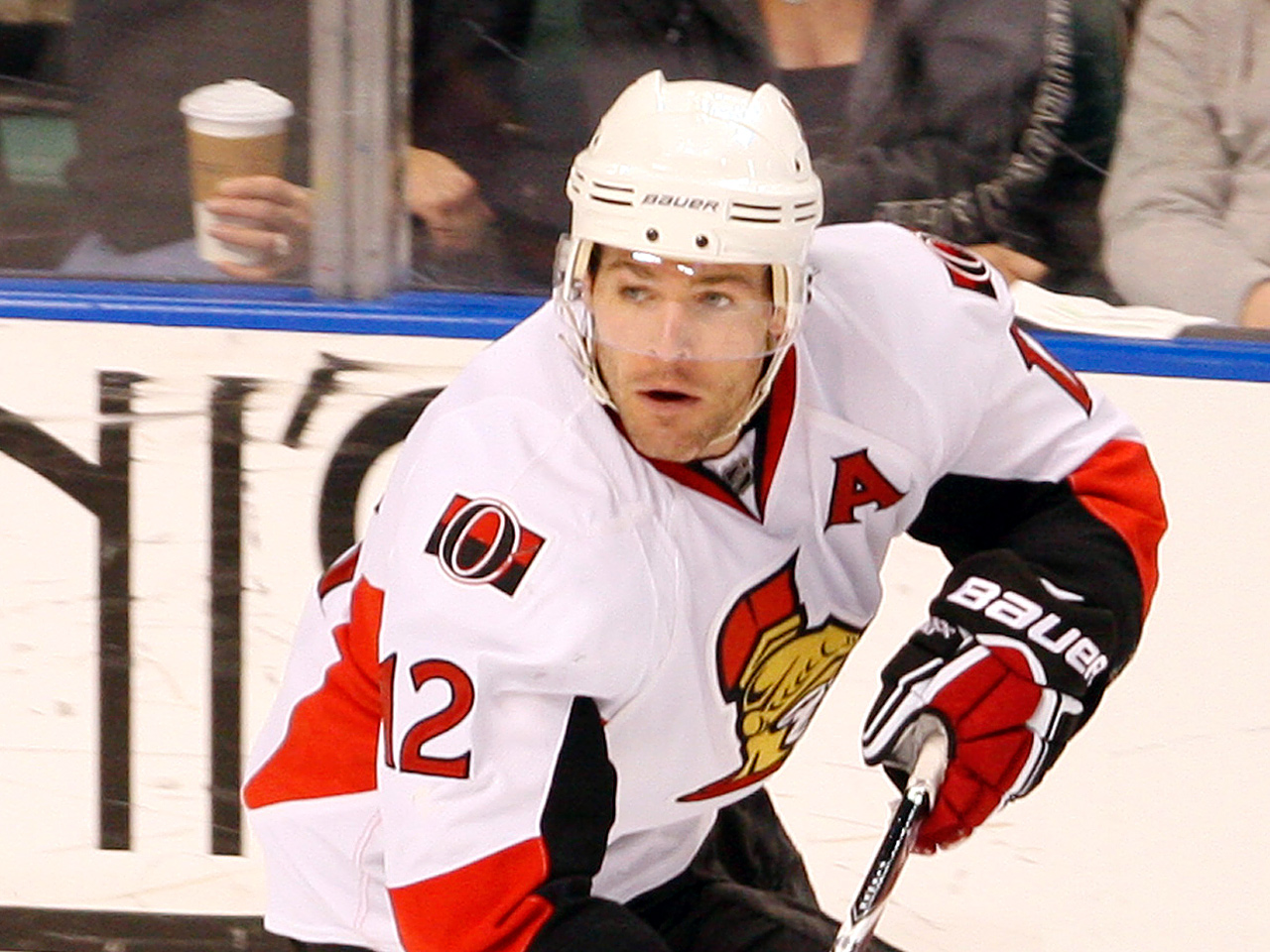 NASHVILLE, Tenn. - The Predators have acquired forward Mike Fisher, who will be reunited in Nashville with his wife, country music star Carrie Underwood.

The Ottawa Senators traded Fisher to the Predators on Thursday for a first-round draft pick and a future conditional pick.

Underwood lives in Nashville, and the couple married last summer in Georgia. Fisher, 30, has 24 points this season and had been tied for the Senators' lead in goals with 14.

"We were seeking a top-six forward, and Mike Fisher was the player we set our sights on," Nashville general manager David Poile said in a statement. "He plays playoff-style hockey all season long. He plays on the power play, kills penalties, is strong on draws and can match up against any opposing line."

The deal is costly for Predators.

The club is sending its first-round pick in the 2011 draft and a conditional pick in 2012 — which would be a third-rounder if the Predators win a playoff series this year. The pick will escalate if the team wins two or more postseason series.

But Nashville is desperate to advance past the opening playoff round after reaching the postseason five times in the past six years.

Nashville currently is five points behind first-place Detroit in the Central. Ottawa is last in the Southeast Division with 42 points.

Fisher, 30, has 28 points in 75 postseason games, which immediately makes him the most experienced in the playoffs on the Predators' roster. He helped Ottawa go past the first round four out of six playoff appearances, including the 2007 Stanley Cup Finals and the 2003 Eastern Conference finals.

"Mike's playoff experience will be invaluable to our team and he immediately makes our team stronger and deeper," Poile said.

The 11-year veteran has 167 goals and 181 assists in 675 regular-season games, all with the Senators. He was a finalist for the Selke Trophy as the NHL's top defensive forward in 2006, and the 6-foot-1, 208-pound forward had career-highs with 53 points and 25 goals and 10 power-play goals last season.

Predators fans should get to see more of Underwood. The five-time Grammy Award winner won the fourth season of "American Idol." She has sold more than 13 million albums with 13 No. 1 hits. She is also twice been named the Academy of Country Music Entertainer of the Year, and is a three-time CMA and ACM Female Vocalist winner.