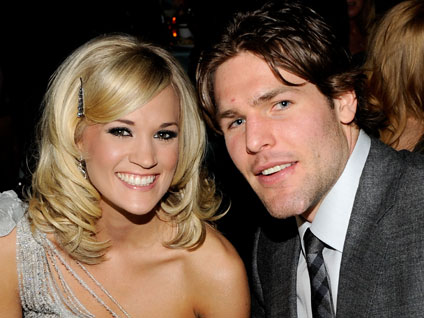 NEW YORK (CBS) Carrie Underwood and Mike Fisher have been spotted after their lavish Georgia wedding enjoying a honeymoon in Tahiti.

The couple arrived on the French Polynesian island on July 12 and are staying at Le Tahaa Island Resort & Spa, according to reports.

A source told People magazine that Underwood and Fisher have enjoyed swimming and snorkeling with reef sharks, and toured the island via helicopter.

The couple has also been spending some time alone in their private luxury overwater bungalow.

"They have also spent some quiet alone time on their deck," the source added. "They looked so happy together and can't stop kissing and doting on each other."

Le Tahaa bills itself on its website as the "ultimate and exclusive hideaway of glistening beaches and sparkling waters in the South Pacific."

Underwood and Fisher married on July 10 at the Ritz Carlton Reynolds Plantation in Greensoro, Ga.

Tony Awards 2022: Complete list of nominees and winners
Thanks for reading CBS NEWS.
Create your free account or log in
for more features.
View CBS News In
CBS News App Open
Chrome Safari Continue
Be the first to know
Get browser notifications for breaking news, live events, and exclusive reporting.