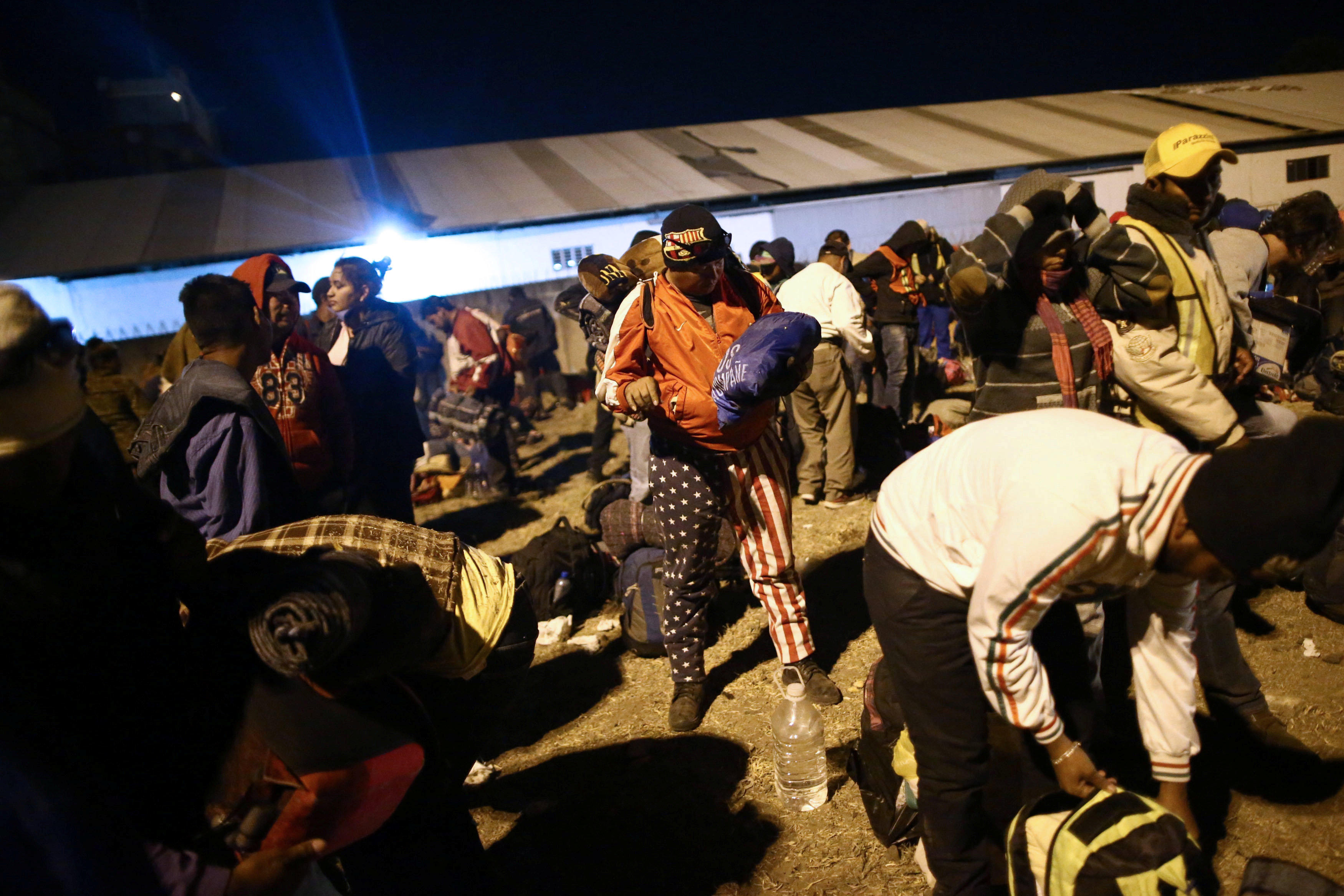 MEXICO CITY -- The remnants of a migrant caravan of Central Americans that angered President Donald Trump continued their journey north through Mexico toward the U.S. border Wednesday. Organizer Irineo Mujica, speaking from the western Mexico city of Guadalajara, said about 500 migrants had been riding trains north since departing Mexico City last weekend. The caravan that left the Guatemala-Mexico border in late March grew to more than 1,000 migrants who found safety travelling in numbers.

In Mexico City, Mujica had said the capital was the caravan's last official stop, but many of the migrants feared going solo on the dangerous final leg north and decided to keep travelling en masse. Some who had split off to press on alone reported back about kidnappings and having their papers for safe passage torn up.

"That caused the group to regroup," he said.

Mujica said they were headed for Tijuana, where about half planned to go to the border to request asylum in the U.S.

Mr. Trump had railed against the caravan, even threatening the renegotiation of the North American Free Trade Agreement if Mexico did not stop its progress. The majority were Hondurans fleeing gang violence and the instability that followed the contested re-election of President Juan Orlando Hernandez.

Mr. Trump also threatened U.S. aid to Honduras in a tweet and announced that he was calling for a deployment of the National Guard to the border.

When the caravan shrank, Mr. Trump struck a more conciliatory tone crediting the Mexican government's enforcement of immigration laws. For the most part, Mexican authorities issued transit papers to those migrants who wished to request asylum in the U.S. and started paperwork for those who wanted to stay in Mexico.

The caravan is an annual, symbolic event held around Easter each year to raise awareness about the plight of migrants. It historically does not go all the way to the border and that was not the original plan this year, Mujica said.