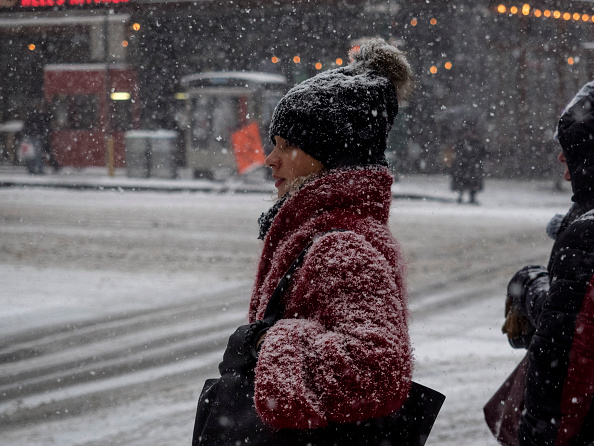 While it has been an irregular, at times unusually warm winter so far for parts of the United States, the nation can start bracing for some cold temperatures and snow later this month. AccuWeather reports that a mid-January shift in the polar vortex will send waves of cold air southward, upping the possibility of snow and much colder temperatures the central and eastern states.

The cold air is expected to sweep down from the Arctic starting Sunday. The vortex, which is a large-scale cyclone-like pattern of wind that circles around the planet's north pole, will veer farther south during the second full week of January.

A blast of frigid air is forecast around Jan. 13, followed by another blast Jan. 16, according to AccuWeather Chief Long Range Meteorologist Paul Pastelok.

This will most likely lead to some of the coldest temperatures of the year so far. Next week, the highs will reportedly be within a few degrees of zero Fahrenheit over the northern Great Plains and the upper midwest, with lows being well below zero, according to the National Weather Service.

During this period, there may be several days with highs in the teens in Chicago, while highs in the 20s could be expected in New York City. High freezes are expected at night in the interior south, while unusual cold will to reach as far down as Florida.

In a season that has seen El Niño result in extreme weather and severe storms, Pastolek said to expect more cold temperatures by the end of the month.

"Because of a buildup of snowcover over eastern Canada and big storms moving offshore, cold air may continue to periodically invade part of the Northeast, especially New England, during the latter part of January," he said.