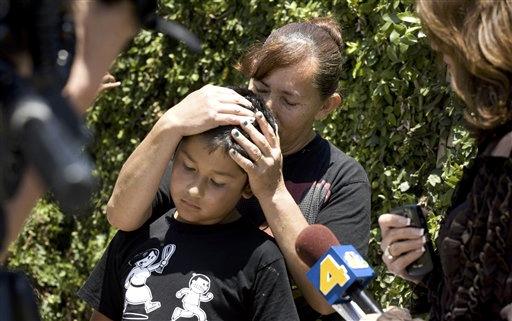 Hoping to keep more Internet users in its branded universe, Microsoft Corp. has become the latest company to offer blogging to the masses.

MSN Spaces, which debuts in test form Thursday, makes it easy to set up Web journals without needing highly technical skills. It is targeted at home users who want to share vacation pictures, text journals or a list of favorite songs.

It is free to anyone with a Hotmail e-mail or MSN Messenger account, both of which also are free. MSN Spaces will be supported by banner ads.

Plenty of other companies already offer similar tools for creating and maintaining Web logs that track everything from workday antics to political gossip.

Microsoft rival America Online Inc. has provided its members with AOL Journals since mid-2003, and search engine leader Google Inc. — another key Microsoft competitor — offers a free service through its Blogger.com site. The makers of the Movable Type blogging software offer the popular TypePad service, starting at $4.95 a month.

Microsoft already offers MSN Groups for people to create their own Web site, but this is the first time it is focusing on the growing blogging phenomenon.

Noting that Microsoft has initially missed the boat on some technologies, such as Web search, Jupiter Research analyst Michael Gartenberg said companies must offer these products early, or risk losing them to rival services permanently.

Although Microsoft trails Google and AOL, Gartenberg said it's not too late because blogging is only just catching on with mainstream users.

According to the Pew Internet and American Life Project, only 6 percent of adult Americans have created blogs, while 17 percent have read those of others.

Microsoft is closely linking MSN Spaces with its Messenger and Hotmail programs on the premise that people will hop from one Microsoft product to another for online communications.

For example, users can set up a system that alerts friends on MSN Messenger when they have new blog entries. Bloggers can choose to restrict access to a select group of friends and family, but guests will need to use Microsoft's "Passport" to log in. The most common way to do so is to sign up for Hotmail or Messenger.

Users can update their MSN Spaces from the Web or remotely via e-mail or cell phone. AOL lets users update via its instant messenger software.

Microsoft also is tying MSN Spaces with other offerings like music sales, stepping up its competition with such companies as Apple Computer Inc. and Google. One tool lets users create a list of favorite music, with automatic links to Microsoft's MSN Music site, where Microsoft is hoping to build a business selling songs online.

Blake Irving, a Microsoft corporate vice president in charge of MSN's communications efforts, said the company has no plans to offer similar links to rivals such as Apple's iTunes.

The final version of MSN Spaces is expected by next June. While the company plans to keep MSN Spaces free, Irving wouldn't rule out a paid, premium blog service down the road.

Google no longer sells a premium service, opting instead to fold the extra features into the free version.

An update to MSN Messenger, also debuting in test from Thursday, will add Microsoft's MSN search bar to a tab on the software. Users also will be able to highlight and click on a group of words in an instant message to search the Web.

Microsoft also will make it easier to send instant messages through a Web-based interface so users can communicate if even that computer doesn't have the Messenger software installed.