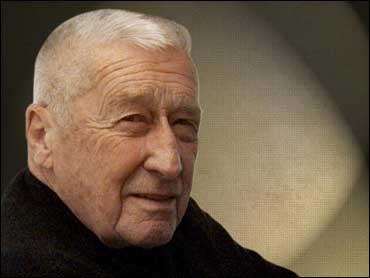 It happened this week.

We closed the book on an icon of American pulp fiction. Mickey Spillane died at the age of 88. He was the creator of Mike Hammer, the tough-talking private eye of pulp novels and noir films — a vigilante with a restless trigger finger.

"Mike Hammer originally started out to be a comic book. I was gonna have a Mike Danger comic book," Hammer said in a 1984 interview.

But the Brooklyn-born Spillane couldn't sell the comic book character, so he wrote a novel instead, cranking out "I, The Jury" in just nine days in 1947. The New York Times called it "a spectacularly bad book," but Spillane never bothered with reviews, CBS News correspondent Anthony Mason explains.

"I'm lucky I got ignored. All I ever got was paid. I'm very happy to take my money. Because when I see my name on the check I've done my job," Spillane said.

'I, The Jury" sold more than 6 million copies. And Spillane quickly banged out a handful of Mike Hammer sequels. In 1952, "Kiss Me Deadly" became the first private eye novel to make The New York Times best seller list.

In the film "The Girl Hunters," Spillane, himself, played Hammer.

"Mike Hammer's a state of mind. I've never described my character. So that everybody can be Mike Hammer. If you read Mike Hammer you're reading yourself into the story," Spillane explained.

The author later turned his acting talents to TV commercials, putting on his tough guy persona in more than 100 Miller Lite ads.

His books — which as Life Magazine once said, "no one likes except the public" — sold well over 100 million copies around the world.

As Spillane himself liked to say: "I don't have fans. I have customers."

Michael Che on comedy and controversy
Thanks for reading CBS NEWS.
Create your free account or log in
for more features.
View CBS News In
CBS News App Open
Chrome Safari Continue
Be the first to know
Get browser notifications for breaking news, live events, and exclusive reporting.