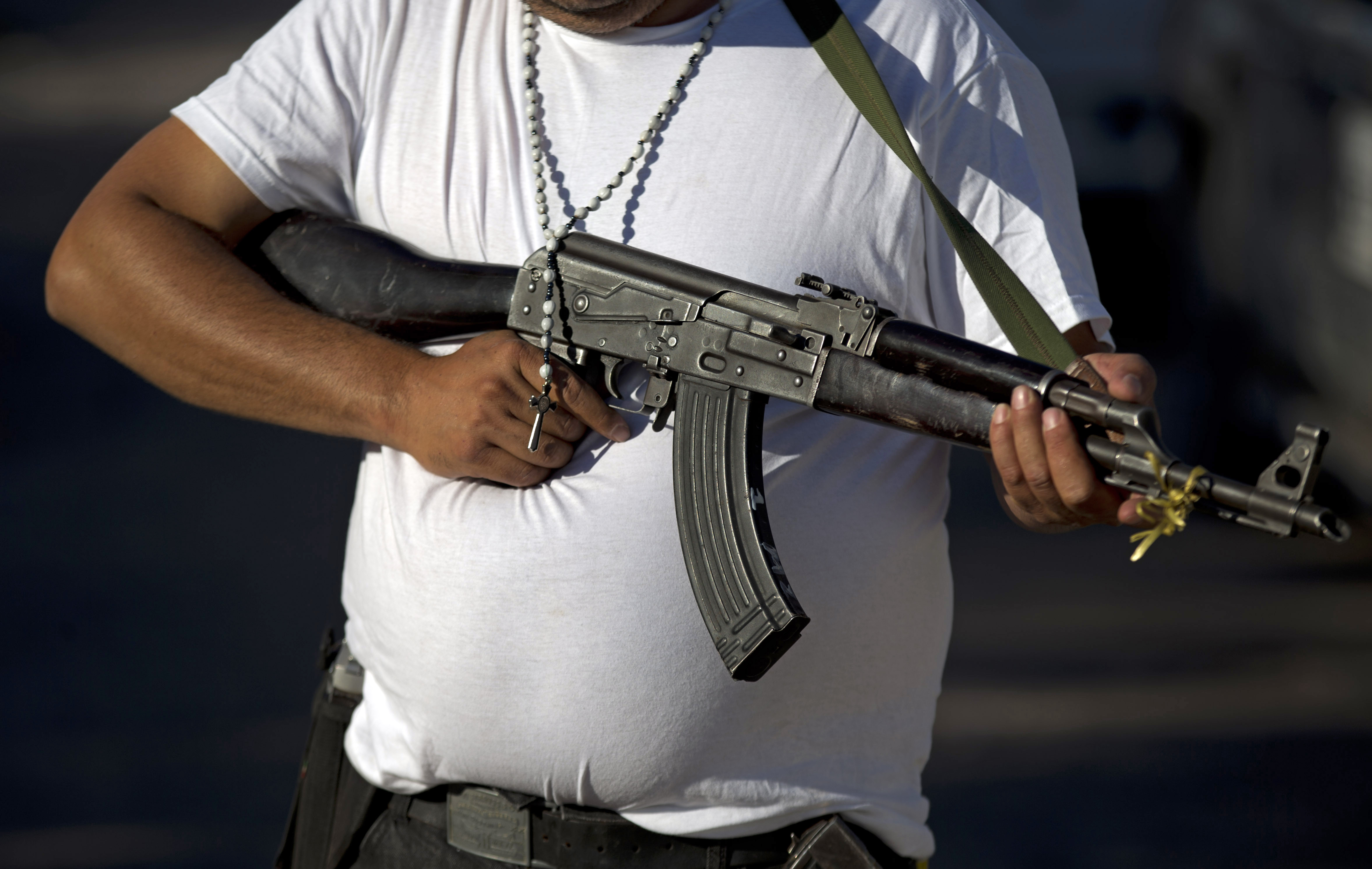 MEXICO CITY - A dozen people who were transporting banners proclaiming that a new crime gang was taking control in the western state of Michoacan have been detained, officials in western Mexico said Monday.

A state official who spoke on condition of anonymity confirmed that the banners announced the appearance of "La Nueva Familia," or "New Family." The official was not authorized to be quoted by name.

The name of the group suggests it is a successor of the Familia Michoacana drug cartel that was largely crushed in 2010 when the Knights Templar gang chased it out of Michoacan. The Knights Templar was, in turn, displaced by armed vigilantes in 2013.

The banners said the New Family was "cleaning up the people who support the CJNG," a reference to the Jalisco cartel, which purportedly moved into Michoacan from neighboring Jalisco state after the vigilantes' uprising. The banner said the new gang would go after anyone who engaged in robbery, rape, kidnapping and extortion.

"All those who contribute to this scum will be punished," the banner reportedly proclaims. The wording could not be confirmed with authorities.

Neither of the banners was found in Morelia, the Michoacan state capital that Pope Francis is scheduled to visit on Feb. 16.

Michoacan Gov. Silvano Aureoles told Imagen Radio that the banners are "nothing to be worried about, absolutely nothing."

The Michoacan state prosecutors' office said Sunday that those arrested were nine adults and three minors traveling in a convoy of four vehicles carrying the banners and weapons.

It said the group's leader carried a hand grenade and threatened to detonate it avoid arrest.

The three minors were turned over to the juvenile offenders system and the nine adults, including three women, were held pending possible charges.

Aureoles suggested the banners could be "a joke or a way to try to get attention," but prosecutors said one of the women detained had been ordered to write messages left alongside dead bodies in three recent homicides.

Jose Godoy Castro, the Michoacan state attorney general, told local media the banners could be the work of small local gangs trying to look like a new cartel and mentioned "The Viagras" - a local gang that rose to prominence after the Knights Templar were expelled - as possibly being behind the banners.

Michoacan has a history of highly public drug gangs trying to look like saviors by "defending" the state's population from kidnappings and extortion.