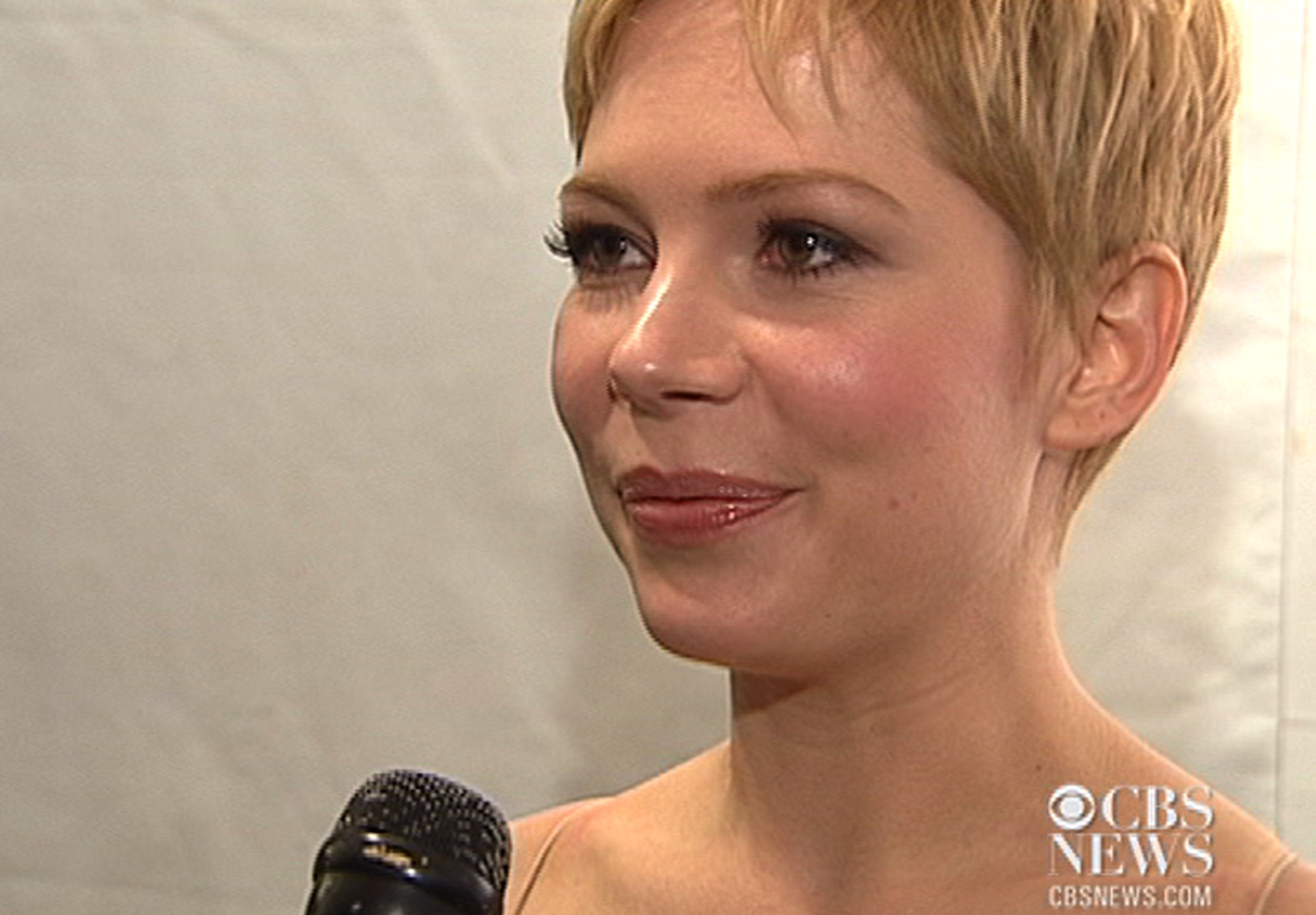 (CBS) Imagine stepping into the shoes of one of history's greatest sex symbols. That's what Academy Award-nominated actress Michelle Williams is doing in "My Week with Marilyn."

In the film, which opens Wednesday, Williams stars as legendary screen icon Marilyn Monroe during the time Monroe was working in England on the 1957 film, "The Prince and the Showgirl."

Williams recently attended the New York red carpet premiere of "My Week with Marilyn" and spoke to CBSNews.com about her transformation into Monroe, a process she described as nerve-racking.

"You don't know [how to capture Monroe's essence], you just have to start really," Williams said of her portrayal. The actress spent more than  six months preparing for her performance. She read books, studied photographs, watched many of Monroe's films, and even gained weight for the part.

Williams was also quick to point out that she wasn't alone in her journey,  telling us, "I was aided and abetted by a lot of people...It was like that all the way along. I had a great director. I had great faces to stare into. So, it wasn't a solo adventure."

Williams portrays a Monroe who was adjusting to British life with the help of a young film assistant. The star and her makeshift tour guide eventually enter into a relationship which lasts  just seven days. The film explores their bond and the person inder Monroe's infamous facade.

"My Week with Marilyn" opens in theaters this Wednesday. See more of our interview with Williams, as well as her co-star Kenneth Branagh, in the video at the top of this story.