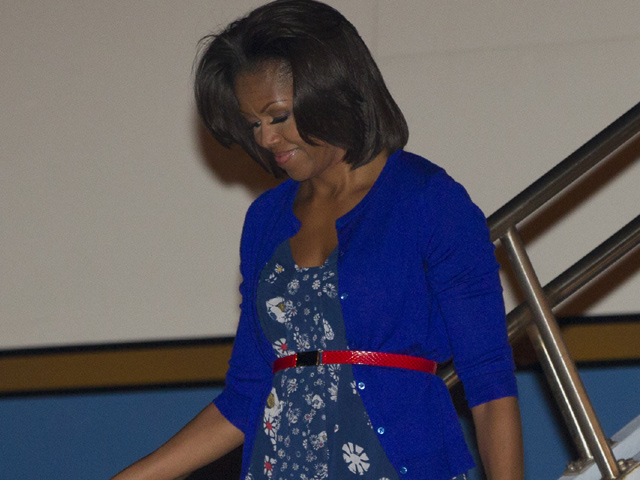 The designer's line for Target went on sale Feb. 5 and flew off the shelves almost as soon as it went on sale, but it looks like the first lady was able to snatch up the Sleeveless Chiffon Dress in Navy Floral with Gold Belt.

Obama, of course, added her own sense of style to the ensemble swapping the gold belt for a red one and cinching it over a blue cardigan.

Obama has a history with the designer: She put Wu on the map in 2009 when she wore an ivory gown he designed at her husband's inaugural ball.

Tell us: What do you think of the first lady's look?