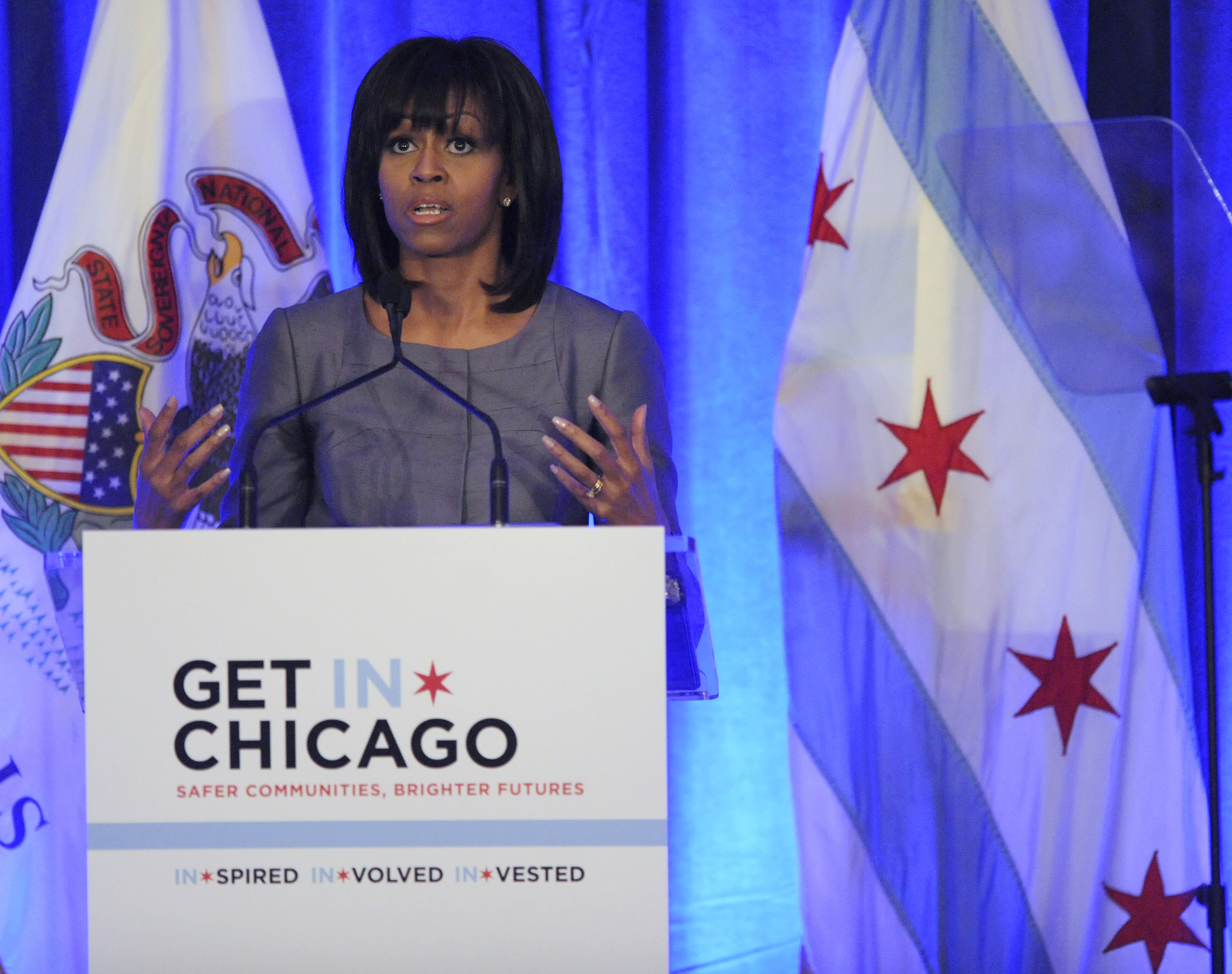 First lady Michelle Obama made the debate over gun control personal on Wednesday, choking up throughout her remarks on gun violence in her hometown of Chicago.

"I'm here today because Chicago is my home," the first lady said at a conference on youth violence with various civic organizations, hosted by Chicago Mayor Rahm Emanuel. Ensuring the safety and future of children in Chicago is her passion, she said. "It is my mission and for me, this is personal because my story would not be possible without this city."

The first lady repeatedly referenced Hadiya Pendleton, the 15-year-old Chicago girl who performed at an inauguration-related event outside of Washington, D.C., in January, a week before she was gunned down in a city park.

"Hadiya's family was just like my family," Obama said. "Hadiya Pendleton was me. And I was her. But I got to grow up. And go to Princeton, and Harvard Law School and have a career and a family and the most blessed life I could ever imagine. And Hadiya, oh we know that story."

The first lady described attending public school in Chicago, at a time when children could freely play on city basketball courts and churches ran after-school programs. Now, however, the benefits of the city are out of reach for too many children, she said.

Both Hadiya Pendleton and the young men charged with her death deserved more opportunities, Obama said, stressing that "resources matter."

"What it takes to build strong, successful young people isn't genetics or pedigree or good luck -- it's opportunity," she said. "I know from my own experience... I had a community that supported me and a neighborhood where I felt safe. In the end that was the difference between growing up, becoming a mother, a lawyer and first lady of the United States and being shot dead at the age of 15."

The first lady urged the Chicago business leaders to do something "worthy of Hadiya Pendleton's memory and worthy of our children's future."

The first lady's remarks -- her first on the issue of gun control since the Newtown, Conn., tragedy in December -- represent part of the White House's full-court press to push for reforms to reduce gun violence. Legislation to expand background checks is making progress in both the House and the Senate, but the legislation faces high hurdles.