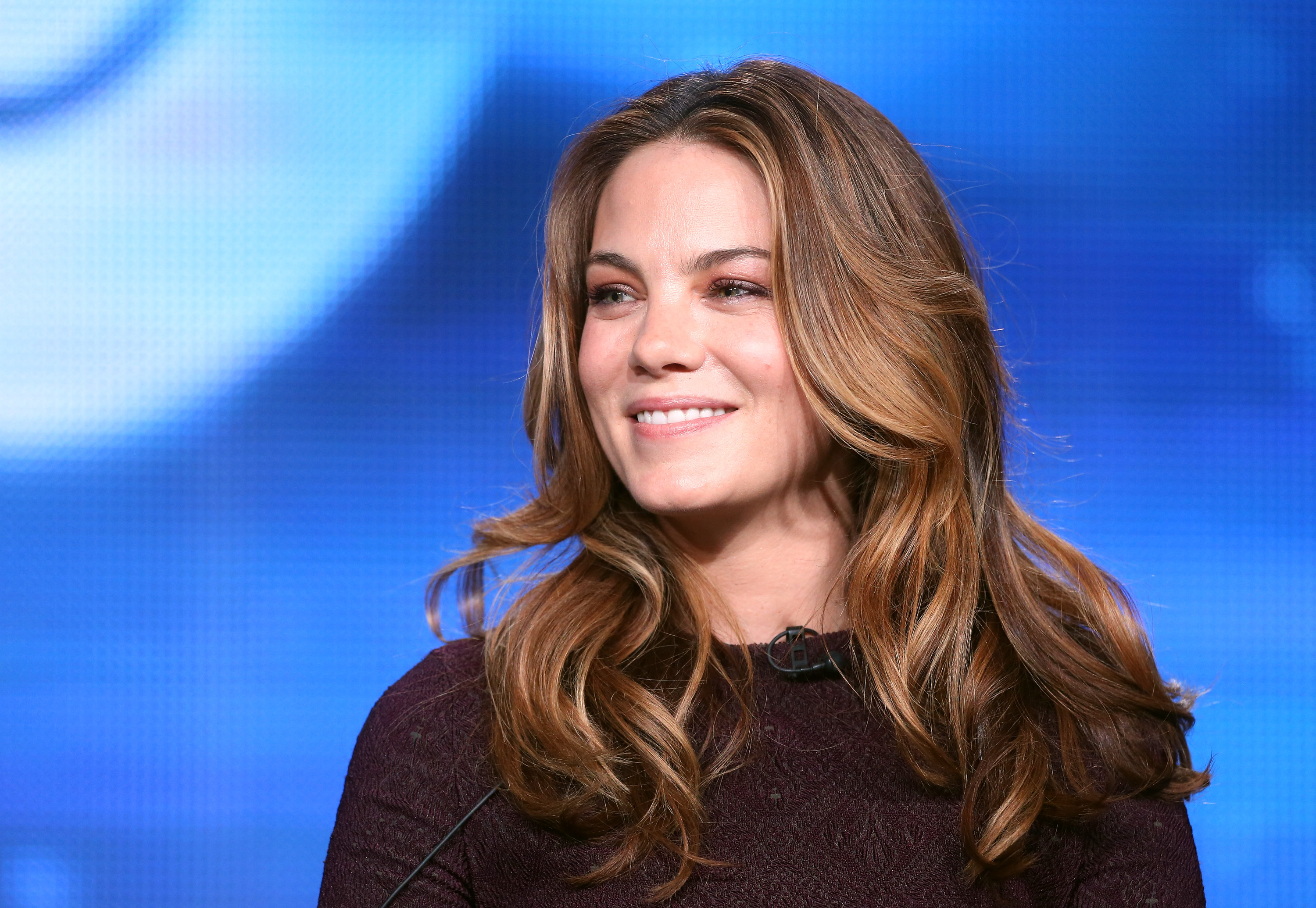 For her latest role, Michelle Monaghan took some time out to do some research and training, something she says was "invaluable" to her performance.

Monaghan, who previously starred in "Gone Baby Gone," "Source Code" and two "Mission Impossible" films, can now be seen as U.S. Army Staff Sgt. Maggie Swann in the new independent movie "Fort Bliss." She's a medic who returns home following a 15-month tour in Afghanistan to learn that her son barely recognizes her. The decorated military member and single mother ends up trying rebuild her relationship with her little boy.

The 38-year-old actress had the chance to take a medic course and meet with a lot of female military veterans to gather material for the part.

"I appreciate what these women are doing and I think this sheds some light on the sacrifices they're making, taking time away from their families to serve our country and to do something they're so very passionate about," Monaghan said. "But also the cost of war at home."

Directed by Claudia Myers, "Fort Bliss" (currently in theaters and on VOD) also stars Ron Livingston and Freddy Rodriguez. The cast and crew were able to shoot the movie at the real Fort Bliss in El Paso, Texas.

"We were lucky," Monaghan told CBS News. "We shot it in 21 days, which is a really big feat. We were literally running and gunning. But we were fortunate enough to have the support of the army -- of Fort Bliss. We had the Army's approval of this script and it tackles some really controversial topics. They encouraged us to shoot it just the way it is."

Monaghan has garnered praise for her part in the movie, with The Hollywood Reporter buzzing about a possible Oscar-worthy performance.

The role comes on the heels of HBO's hit series "True Detective," in which Monaghan portrays Maggie Hart, the wife of Detective Marty Hart (Woody Harrelson).

"I had such a fun time. I felt like it was a wonderful opportunity for me as an actor," she said. "I loved the role. I loved the writing."

"True Detective" producers are now gearing up for season 2, but Monaghan and the rest of the cast from the first season, including Matthew McConaughey, won't be back. HBO recently announced that Colin Farrell and Vince Vaughan will take on the lead roles, with other cast members to be announced soon.

Monaghan was well-aware that she wouldn't be returning, but thinking about it now, she says it's "kind of a bummer."

"I think, 'I wouldn't mind going back for a second season,'" she said. "But it was always the intention of the show, HBO and of the creator to just do one season, one story -- one season of directors. I know they're hard at work on season 2 and it sounds like it's going to be fantastic."

Monaghan, meanwhile, will hit the big screen this fall in the upcoming romance film, "The Best of Me," co-starring James Marsden. Based on the 2011 novel by Nicholas Sparks, the movie follows a pair of former high school sweethearts who reunite after many years when they return to visit their small hometown.

Next year, she'll be seen in "Pixels," about video game experts who are recruited by the military to fight 1980s-era video game characters.

"It's a really big commercial comedy," she said of the movie, which co-stars Adam Sandler, Jane Krakowski, KevinJames, Peter Dinklage and Sean Bean. "I had the best time shooting it...It's really a lot of fun...It's a great cast." The film arrives in theaters on July 25, 2015.