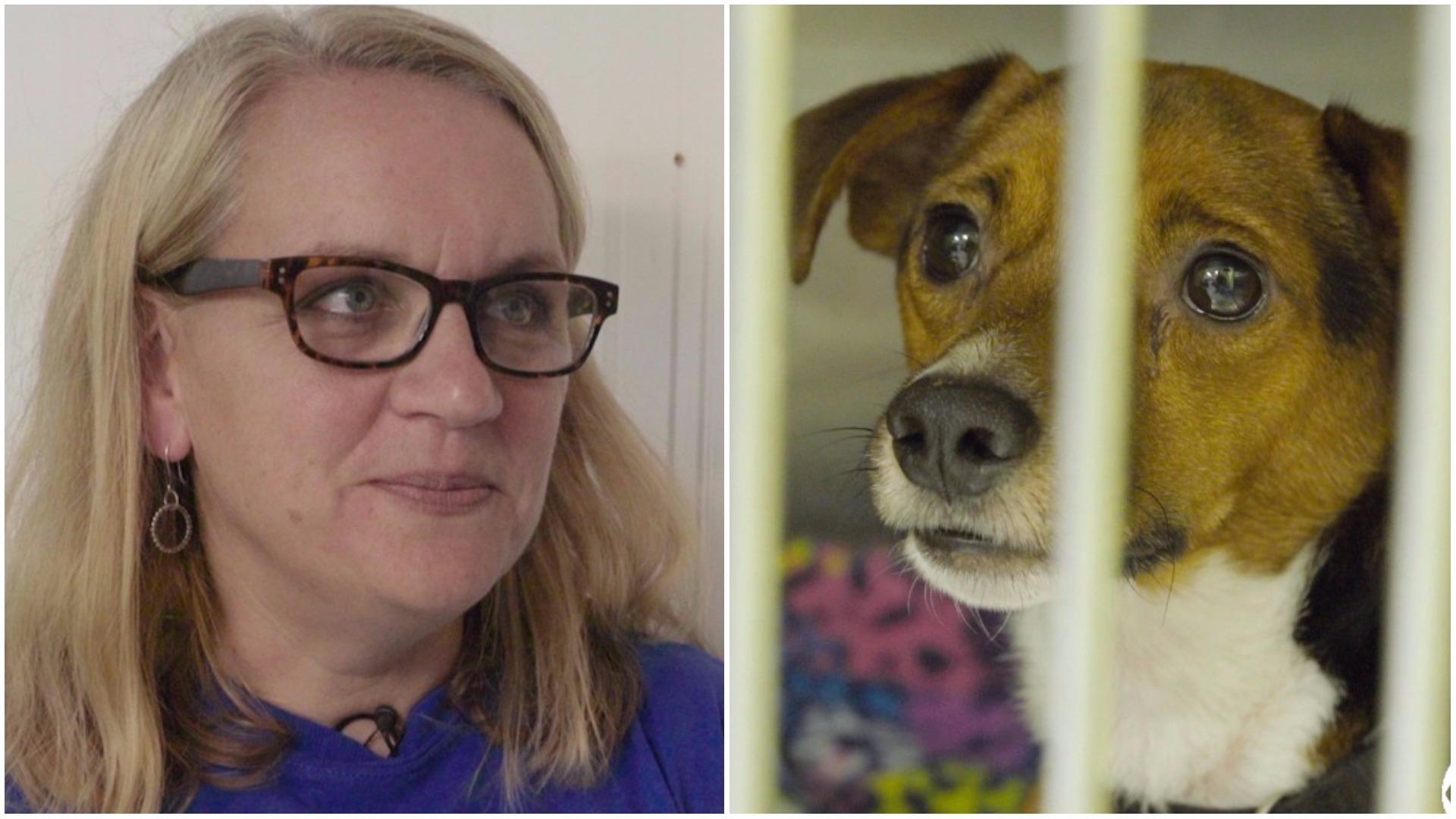 When Michelle Ingram saw the weather forecast for Hurricane Harvey, she immediately got to work.

"I started making calls and saying 'Hey, I have room. Let's save some lives,'" Ingram told CBS News.

Ingram is the director of Zeus' Rescues, a no-kill animal shelter in New Orleans. She's seen this before; she lost everything during Hurricane Katrina in 2005, and has evacuated her own business twice. She knew there were other shelters in the path of the storm that would need to evacuate -- fast.

Ingram and her staff moved many of the animals already in her care into foster homes to make room for the potentially hundreds of animals in harm's way. As of Sept. 6th, Zeus' had taken in more than 100 animals in need of a safe space.

"I always like to say we're paying it backwards, and forwards," Ingram explained. "Because we've been there, and we're gonna be there again. We choose to live in New Orleans. You know what these people are going through, and you know what helped when [Katrina] was hitting."

Natural disasters like Harvey and Katrina can mean life or death for the animals and family pets left behind with no where to go. But what many people don't realize, Ingram says, is that animals already in shelters are also in extreme danger. Even if a shelter survives a dangerous storm, some animals may have to be euthanized to make room for rescues coming in from the community.

"It's not one of the things people like to talk about, but it does happen, unfortunately," Ingram said.

That's why she took in dozens of at-risk animals from Texas and western Louisiana. Two of the animals, one dog and one cat, were in active labor while being transported to her facility.

She relied on volunteers and the contacts she's made at shelters in other parts of the country in order to save as many pets from Harvey as possible. Most of the animals brought into her care are now in foster homes, others continued on to facilities with more room. Some have already been adopted, and the rest will stay with her until they find a home.

This isn't the first time Ingram has stepped up to help vulnerable animals in times of crisis. In 2016, her shelter took in pets when nearby Baton Rouge flooded. And even after losing her home and all of her possessions during Katrina, she helped with recovery.

"Some of the most horrific things I saw were people who had left their dogs tied up to their fence in the backyard, and the dogs eventually drowned because we had so much water. That was a living being that suffered the terror of dying by drowning."

And that's what she tells people when confronted with the idea that dogs, cats, and other animals shouldn't be a priority during disasters such as Harvey, when so many human lives are in need of saving.

"At the end of the day, no matter what, it's a life. They shouldn't be tied up in the yard with rising waters. Luckily, there are people like me all over the country that want to help."