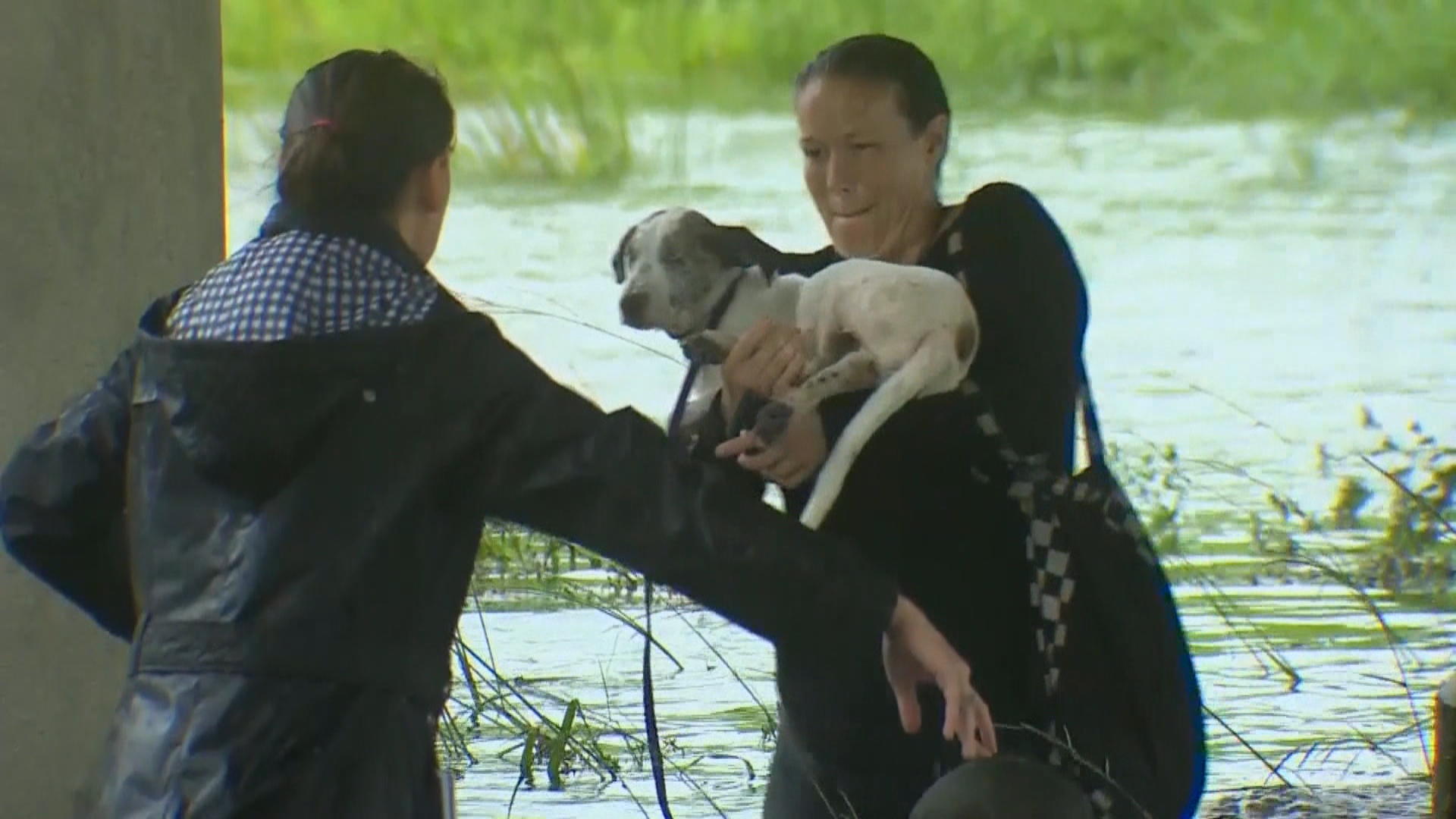 Tropical Storm Harvey has forced tens of thousands of people from their homes, along with countless pets. Many of those animals now abandoned, lost or homeless, as major storms can be especially cruel to animals.

San Antonio's Animal Care Services Shelter is working with the Humane Society of the United States to clear out their shelter and make room for evacuated pets affected by Hurricane Harvey.

When Autumn Henley evacuated, she had to leave three of her dogs behind and hope for the best, reports CBS News correspondent Mireya Villarreal.

"We could only take this dog, Charlie, because the waters were too high," Henley said. "Luckily a family who lived in the neighborhood had a boat and they went back and rescued the three other dogs from the upstairs bathroom."

She and her dogs are now staying at the George R. Brown Convention Center in Houston, which has been accepting pets since Sunday night. Volunteers are working to give pet owners what they need.

Across hurricane-ravaged Texas, pet owners, neighbors and good Samaritans are doing what they can to rescue four-legged friends.

But it's not just pets that need help. Ranchers have had to drive their cattle to higher ground.

"We're looking at a dire situation, not just for people but for pets," Lisa Norwood said.

Norwood is with the city of San Antonio Animal Care Services, where they are crating up sheltered dogs and cats and sending them to cities across the country to make room for pets separated from their owners during Hurricane Harvey.

With punishing rain still falling, going home is not yet an option for many — whether on two legs, or four.

"People love their animals. It's heartbreaking. People are taking good care of their animals, doing the best they can," Shuttlesworth said.

During Hurricane Katrina a lot of people refused to evacuate without their pets  — that is now happening in Houston, too. San Antonio Animal Care Services has taken in about 200 evacuated pets so far.