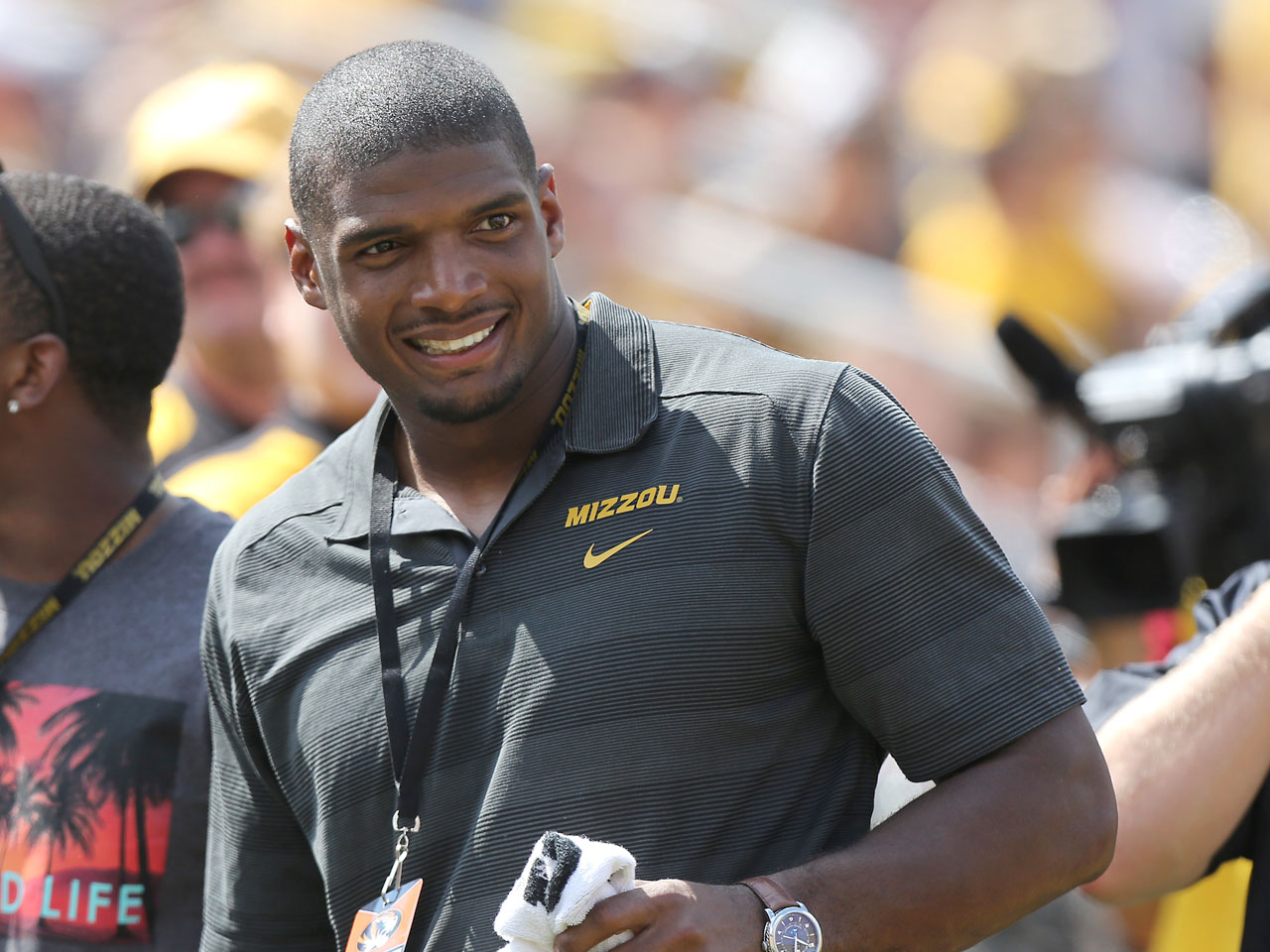 ST. LOUIS - Michael Sam showed up for his face-to-face exit meeting with St. Louis Rams coach Jeff Fisher, a few hours after clearing waivers and a day after the team cut him from their roster.

Sam arrived at Rams Park via through the media entrance Sunday afternoon still looking right at home clad in T-shirt, shorts and flip flips. He shook hands with two reporters and accepted well wishes but declined further comment before heading upstairs to see the coach who wasn't afraid to add the first openly gay player to the roster.

All 21 players released Saturday cleared waivers. Sam's future was a major topic on Twitter, some of it vitriol, some reasoned.

The Rams appeared unlikely to re-sign Sam to the 10-player practice squad because the defensive line is their strongest unit and they need help elsewhere.

The meeting with Sam meeting was postponed a day so he could attend Missouri's opening victory over South Dakota State.

The Rams selected Sam, the SEC co-defensive player of the year at Missouri, with the 249th overall pick out of 256 overall. He kissed his boyfriend as a national television audience looked on, and arrived brimming with confidence and with a quick retort for anyone who contended he was in the NFL only because he came out.

Fisher was proud to have made the landmark pick, but he made clear from the start that he chose Sam because he thought he had the talent to make it.