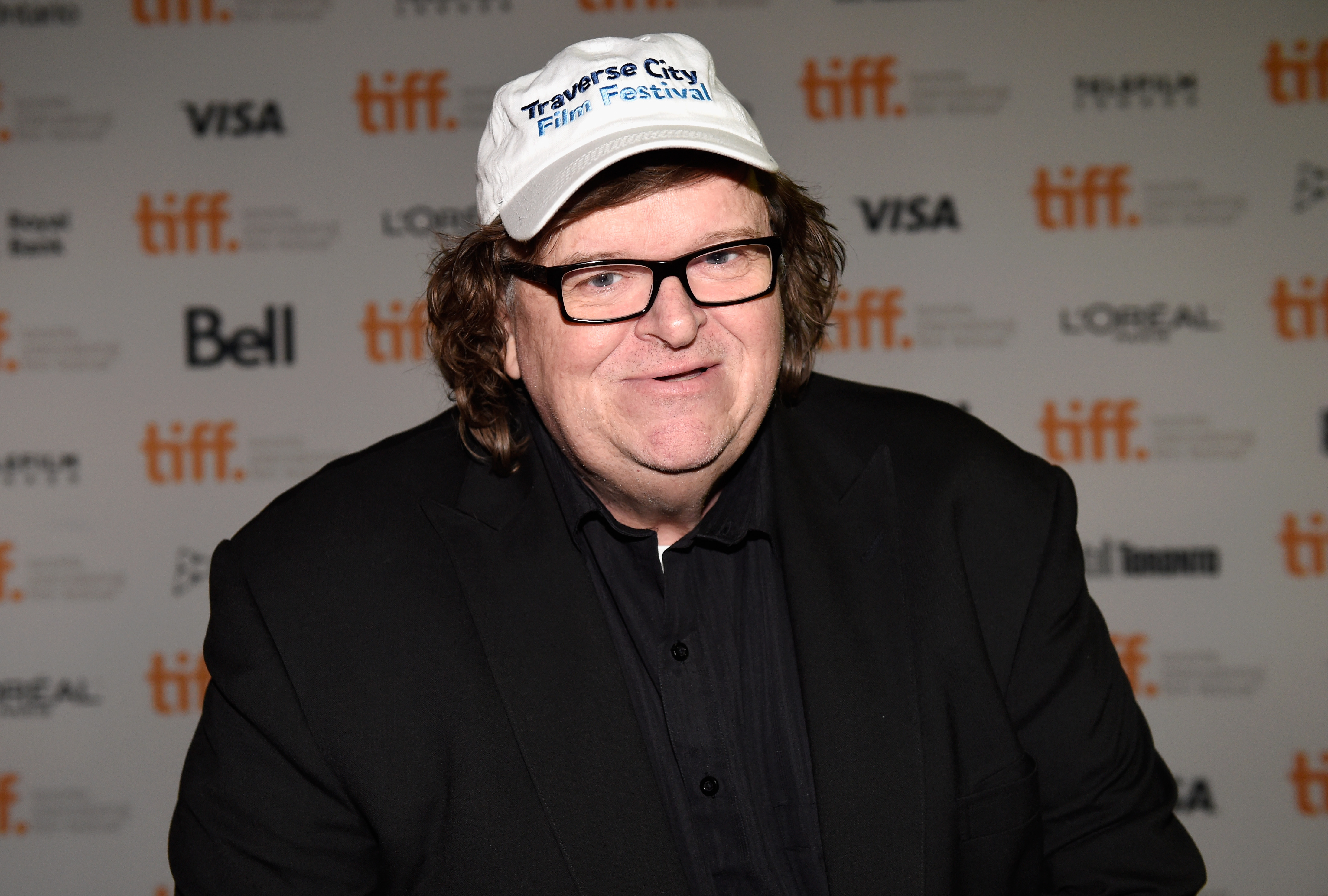 Filmmaker Michael Moore created a lot of buzz over the weekend with these two tweets:

After his comments gained traction online Moore wrote a length Facebook post clarifying what he meant and noting how he didn't "say a word" about the movie "American Sniper" in his tweets. Moore said some media outlets turned his comments "into stories about how I don't like Clint Eastwood's new film, 'American Sniper.'"

"Lots of talk about snipers this weekend (the holiday weekend of a great man, killed by a sniper), so I thought I'd weigh in with what I was raised to believe about snipers. My dad was in the First Marine Division in the South Pacific in World War II," Moore wrote. "His brother, my uncle, Lawrence Moore, was an Army paratrooper and was killed by a Japanese sniper 70 years ago next month. My dad always said, 'Snipers are cowards. They don't believe in a fair fight. Like someone coming up from behind you and coldcocking you. Just isn't right. It's cowardly to shoot a person in the back. Only a coward will shoot someone who can't shoot back.'"

Seth Rogen, meanwhile, chimed in directly about the movie, making a joke in reference to the Nazi propaganda film shown in Quentin Tarantino's 2009 film, "Inglourious Basterds."

He later followed up with the following tweets:

Cooper, who received a best actor at last week's Oscar nominations, told CBS News, "I never saw it as a war movie, I saw it as a character study. So, I never even contemplated anything other than someone would get to know this man and his family."

"The people who are the spouses of military servicemen and women are sacrificing a huge amount as well, and it was a really interesting thing to explore."

Tell us: Have you seen "American Sniper" yet? What do you think about the movie?