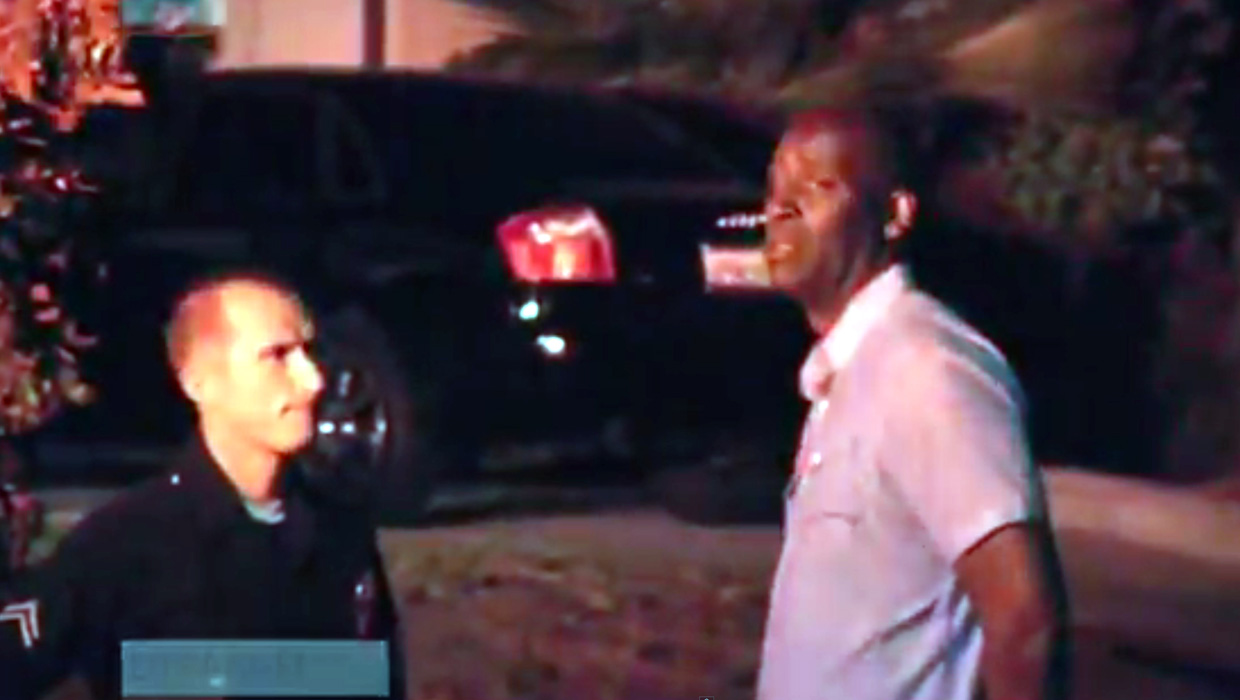 LOS ANGELES - Veteran actor Michael Jace, who was arrested Tuesday on suspicion of fatally shooting his wife, had no arrest record, however he was accused of being abusive to his ex-wife and at times neglecting their son, court records indicate.

Jace's ex-wife, Jennifer Bitterman, alleged in a November 1997 divorce filing that Jace threatened to kill her if they went to "war over his visitation rights to their son," reports the Los Angeles Times.

Also in the filing, Maria de la Vega, a close friend of Bitterman, wrote that she saw the actor become violent several times. In August 1997, de la Vega wrote, Jace choked Bitterman and slammed her head into a wall while their infant son was crying in a crib next to them.

The L.A. Times reports the friend also claimed to see at least three more incidents of violence over eight months.

In his filing, Jace wrote that he and Bitterman "were both guilty of overstepping physical boundaries."

According to police, Jace shot his current wife of 11 years, April Jace, multiple times after she returned home with their children Monday evening. He called 911 and told a police dispatcher what he did, police said, and stepped out of the home just as officers arrived to find April dead in the hallway. The handgun, which detectives believe belonged to the actor, was recovered from the home, and the couple's sons were handed over to relatives after Jace was taken into custody.

Jace, who played a police officer in the hit FX series "The Shield," remains in jail in lieu of $1 million bail, and investigators are expected Wednesday to continue their investigation and prepare a murder case that will likely be filed against the actor on Thursday. An autopsy may be performed on April Jace on Wednesday, and Los Angeles Police Detective Dean Vinluan said investigators will be reviewing multiple 911 calls about the shooting to help build their case.

Vinluan said there had been no reports of domestic violence at the Jaces' household, although detectives would examine whether financial or other marital problems were a motive.

Despite a career that included steady but small acting roles in films such as "Planet of the Apes," ''Boogie Nights" and "Forrest Gump" and the TV series "Southland," Jace had been experiencing financial difficulties for several years. In 2011 he filed for bankruptcy protection, listing between $500,000 and $1 million in debts, including the couple's Hyde Park home.

Jace's agents at SMS Talent declined to comment and did not respond to an email requesting information on whether he had a lawyer.

April Jace was described as a schoolteacher in the bankruptcy petition and took a job in March 2013 as a financial aid counselor at Biola University, a private Christian school. Geoff Marsh, Biola's senior director of financial aid, said she had a radiant personality.

"Her love for helping students and families and her great work ethic earned the respect and love of her co-workers," he said in a written statement.

April Jace had two sons, both under the age of 10, with her actor husband, and a teenage son from a previous marriage.