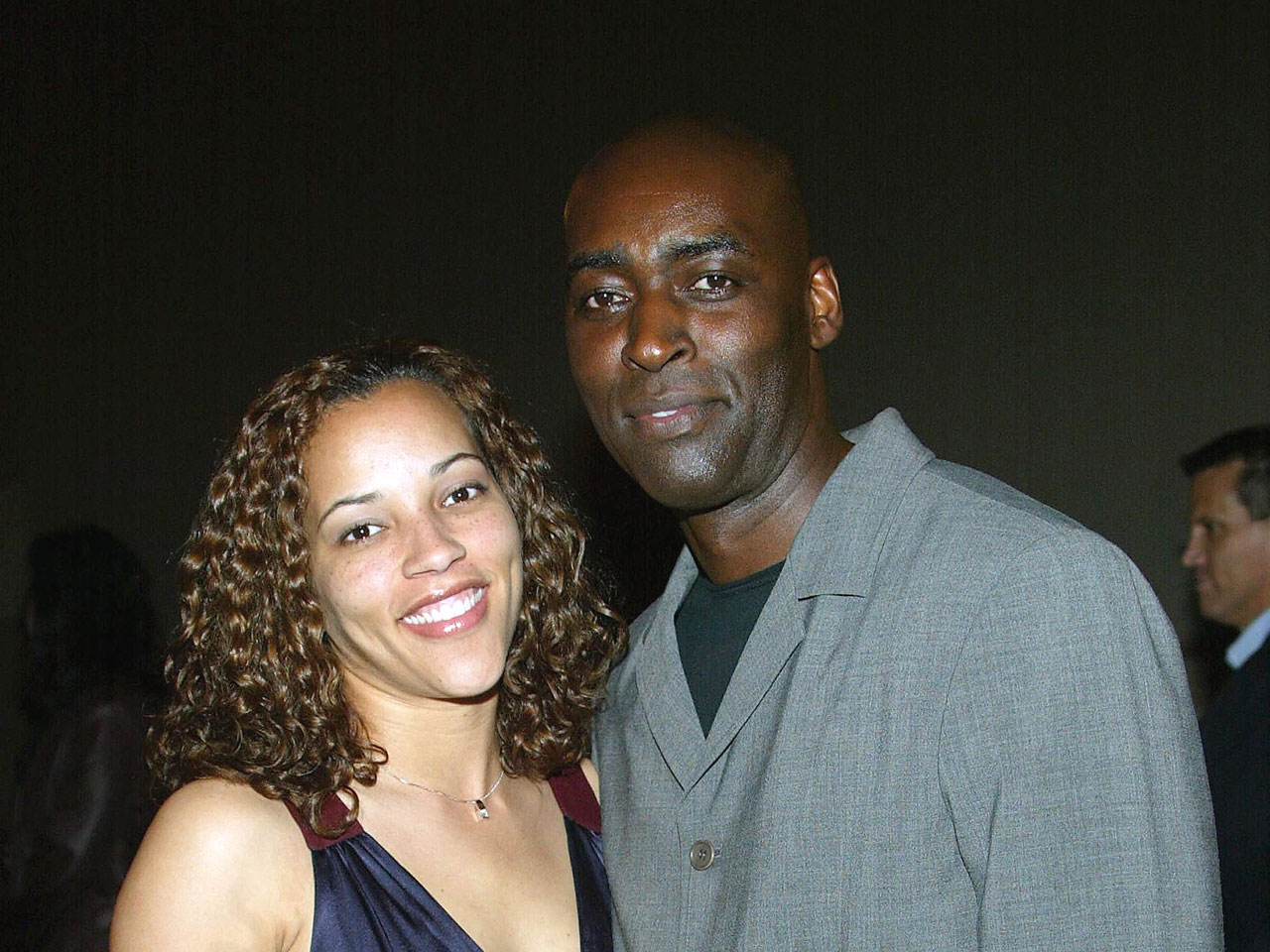 LOS ANGELES -- Actor Michael Jace is being held on $1 million bail after being booked on suspicion of murder in the death of his wife, April, an LAPD spokesman told CBS News' Crimesider.

Police responded to the report of shots fired around 8:30 p.m. Monday night to a home in the 5400 block of Byrnhurst avenue in Los Angeles' Hyde Park district, Sgt. Albert Gonzalez told Crimesider. CBS LA reports officers discovered April Jace, 40, the actor's wife of 10 years, shot multiple times in the hallway of their home.

Gonzalez couldn't confirm April Jace's cause or manner of death.

The children are staying with other family members, the paper reports. Police reportedly hadn't been called to the home before and neighbors said they weren't aware of domestic violence issues.

Jace, 51, played police officers in the TV series "The Shield" and "Southland" and had roles in "Forrest Gump" and "Planet of the Apes." He also reportedly starred opposite Russell Crowe in the film "State of Play."

The District Attorney has not formally filed charges against Michael Jace, Gonzalez said. The actor was transported to a police station for questioning and later booked on suspicion of murder.

The actor was booked around 3 a.m. Tuesday, reports the station.

Gonzalez said he couldn't reveal details of the questioning or why investigators suspect Jace in his wife's death, but he said the questioning "led detectives, obviously, to believe he was responsible in some way."

Jace will likely go before a judge for a preliminary hearing within 48 hours of his arrest, Gonzalez said.

"Lovely couple is all I can say," neighbor Sharon Prince told the station. "They just always showed affection towards themselves and among their children."