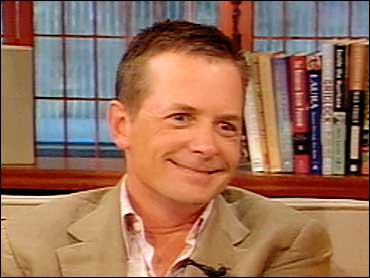 Fox says in an ad
Kerry's campaign unveiled Thursday. "Stem cell research can help millions of Americans whose lives have been touched by devastating illnesses. George Bush says we can wait. I say lives are at stake and it's time for leadership. That's why I support John Kerry for president."

The campaign said the ad would run in local media markets in states considered battlegrounds.

Fox, who has Parkinson's disease, campaigned with Kerry in New Hampshire on Monday and filmed the ad after the event.

Three years ago, President Bush limited federal funding of embryonic stem cell research to the 78 stem cell lines in existence. Less than a third of those initial lines are available to researchers because of problems with the lines' growth or their ownership.

Some religious groups oppose the culling of stem cells, which kills the embryos, because they say it's abortion. Proponents of the research, including former first lady Nancy Reagan and 58 U.S. senators, say the focus should be on the possibility of cures for diseases such as diabetes and Alzheimer's.

The Bush campaign called the ad false. "George Bush is the first president to allow for the federal funding of embryonic stem cell research and has provided hundreds of millions of federal dollars for stem cell research," said Brian Jones, a Bush spokesman.

Fox is best known for the "Back to the Future" movies and his role as young Republican Alex P. Keaton on the 1980s sitcom "Family Ties." He largely left the industry in the mid-1990s because of his disease. Since then, he's been a loud voice in the stem cell debate.